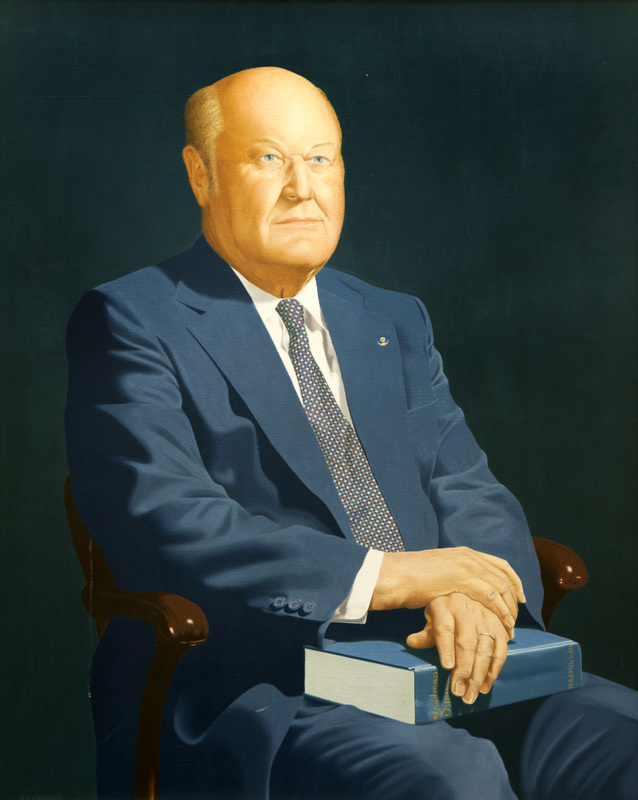 North Carolina native Daniel Thomas Watts attended Elon College and started his career as a high school biology and chemistry teacher along with coaching basketball. He returned to school and earned a Ph.D. in physiology from Duke University before serving as an aviation physiologist with the U.S. Navy during World War II. Watts taught pharmacology in the University of Virginia medical school from 1947 until 1953 when he was hired by West Virginia University to establish a department of pharmacology. The Medical College of Virginia hired Watts to be dean of the newly organized School of Basic Health Sciences.  Over the next sixteen years, Watts hired outstanding department chairs, enhanced the doctoral programs, and encouraged a strong research agenda. Grants and contracts grew from less than one million dollars to over twelve during Watts' tenure.