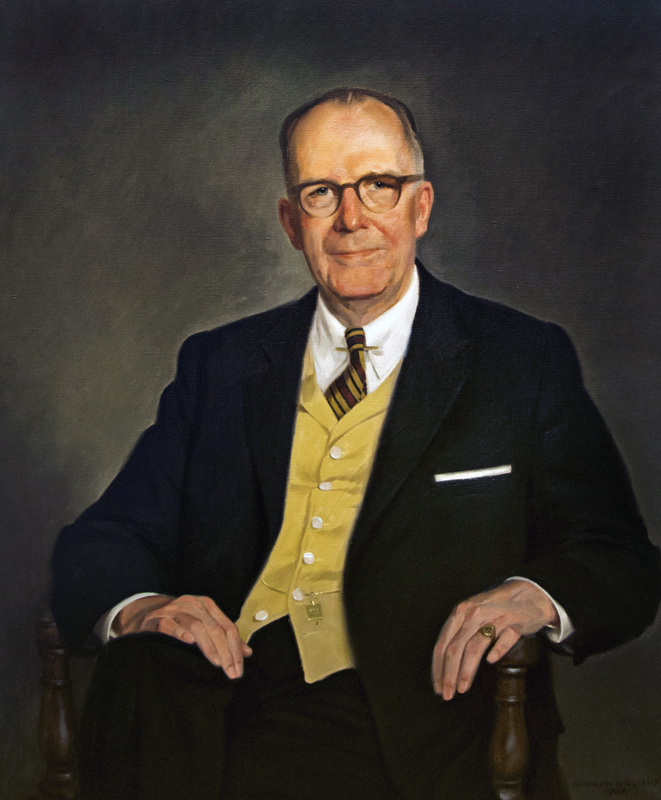 Harry Hudnall Ware, Jr. was born in Baltimore, Maryland and spent his formative years at his family’s home, Ware’s Wharf, in Essex County, Va.  After attending Lynchburg College, the College of William and Mary, and serving in the army during World War I; he enrolled at the Medical College of Virginia (MCV) and earned his M.D. in 1924.  Following graduation, he interned in Richmond for one year. He received an appointment at the Margaret Hague Hospital in Jersey City, N.J., following which he served two years in residency at the New York Hospital, specializing in obstetrics and gynecology.  He returned to Richmond to practice medicine in 1928, joined the faculty at MCV that same year and served until his retirement in 1969.  From 1942 to 1967, he served as chair of the department and devoted significant time to building the residency program and teaching its residents.  His former residents started the H. Hudnall Ware, Jr. Society in 1950 and subsequently funded the H. Hudnall Ware, Jr. Visiting Professorship in 1973 to honor their mentor’s accomplishments.