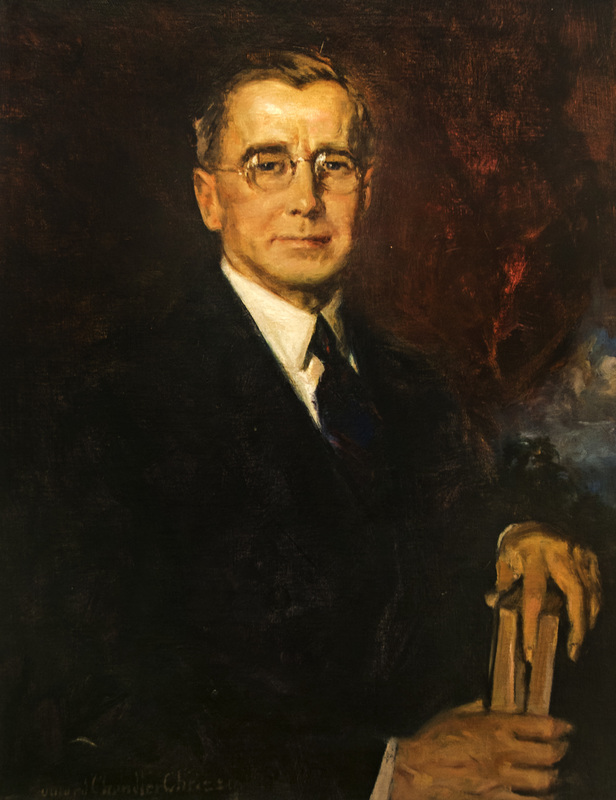 William Branch Porter was born in Amelia County, Va. and graduated from the Medical College of Virginia (MCV) in 1911.  After internships at Virginia and Hygeia hospitals in Richmond, he accepted a teaching position at MCV. In 1917 he was commissioned as a Major in the U.S. Army Medical Corps and deployed with MCV’s Base Hospital 45 to France, where he served as a member of the cardiovascular unit. During his time overseas he had the opportunity to study with noted British cardiologist Sir Thomas Lewis. Porter returned to Richmond following the war but later accepted the position of physician-in-chief at Lewis-Gale Hospital in Roanoke. MCV President William T. Sanger asked Porter to return to his alma mater as the first full-time professor and chair of the department of medicine. Over the next twenty-five years he almost single-handedly built the department composed of full-time physicians engaged in teaching and research. Porter was known for his refined bedside manner and his adopted Oxford accent. The Porter Auditorium and the William Branch Porter professorship held by the department chair in internal medicine are named in his honor.