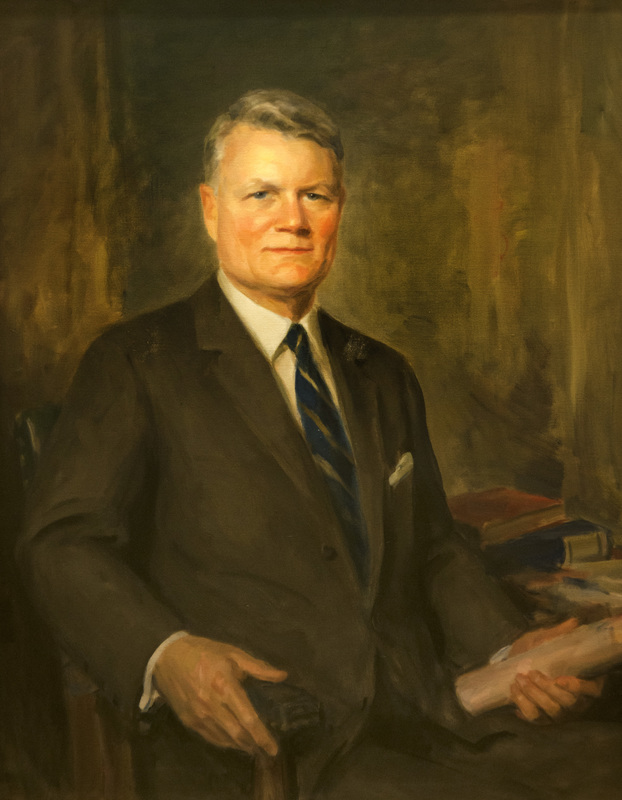 William Taliaferro Thompson, Jr., was born in Petersburg, Va. and graduated from Davidson College before attending the Medical College of Virginia (MCV). In 1938, he graduated first in his medical class and went to Boston, Mass. for post-graduated training. Returning to Richmond, Va. in 1941, he joined the faculty at MCV but was soon called to active duty with the Army Medical Corps. Thompson rose through the ranks from lieutenant to major while serving with the 45th General Hospital in Italy and North Africa during World War II. After his military service, Thompson returned to Richmond and join the staff of the McGuire Clinic while continuing his affiliation with his alma mater. He became chief of medical services at the McGuire Veterans Administration Hospital in 1954 before his appointment as the William Branch Porter Professor of Medicine and chair of the MCV Department of Medicine in 1959. Under his leadership the department grew significantly both in terms of personnel and research funding secured. Thompson stepped down as department chair in 1973. The W. Taliaferro Thompson, Jr. Chair in Pulmonary Medicine is named in his honor.