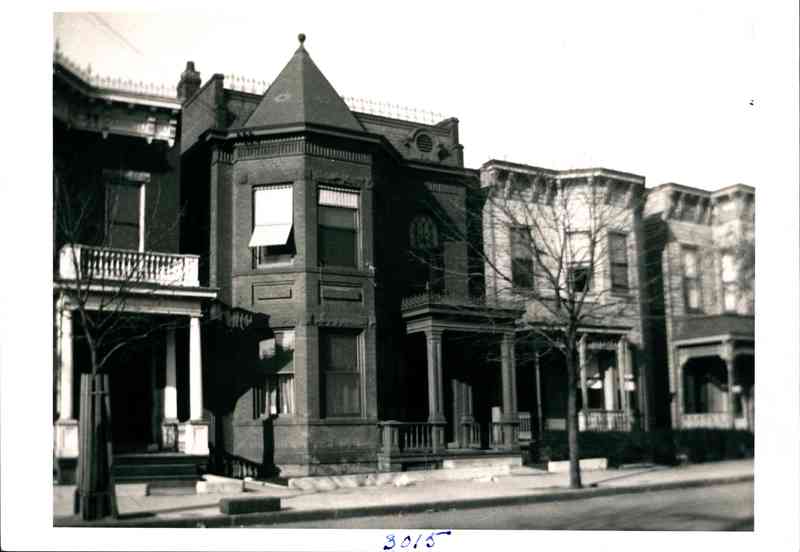 Philip and Beatrice Kalisch in the preface to the second edition of The Advance of American Nursing described their intention to present "the history of nursing in the United States in a concise manner that places it within the overall social, cultural, political, and economic context of the past.” The revision of Highlights of Nursing in Virginia 1900-2000 must also be considered in the context of national and international events in nursing and in society in general. While it is not practical to describe in detail the events that have shaped a century it is possible to give a brief outline of the major issues and events that have influenced the practice of nursing in the twentieth century.

Worldwide events include the opening of the Panama Canal, the rise of Communism and its demise in the late twentieth century, the formation of the United Nations and international alliances, the beginning of the Atomic Age, assassinations of major world leaders, the Cuban Missile Crisis, the Human Rights Movement, terrorism and the growth of the third world nations had a profound effect on nurses and nursing in the past century. Disasters, man-made and “Act-of-God,” shaped the nursing profession as nurses responded to opportunities to help victims of earthquakes, floods, dust storms, and hurricanes and enrolled in local chapters of the American Red Cross. Nurses participated in the care of military personnel during World Wars I and II, in Korea, Vietnam, the Persian Gulf region and other places. Particularly during World War II civilian hospitals saw significant changes in staffing because thirty-one percent of all active professional nurses served in the military. At the same time, thousands of nurses, who might not have done so otherwise, entered the field as the result of the United States Cadet Nurse Corps. The use of helicopters for transportation and the Mobile Advanced Surgical Hospitals (MASH) used in Korea forever changed the mortality rates in war. 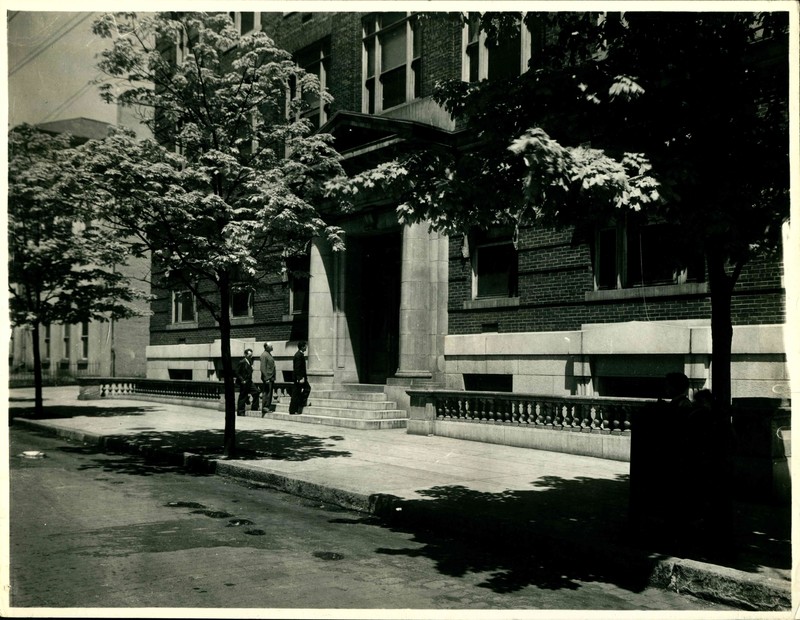 Issues regarding the rights of individuals continue to impact health care over the next one hundred years. These include women acquiring the right to vote in 1920, support for the equal rights amendment to the Constitution and the continuing effort of women to achieve equality. The labor movement with the activities of unions and the effect of the National Labor Relations Act and court decisions on the health care industry are a part of the “rights” issue. The Civil Rights movement of the 1950s and 1960s with the court decisions, legislation and “peaceful resistance” changed the way patients and nurses were treated in hospitals and resulted in the racial integration of the schools of the health professions.

The way nurses provide care continues to be influenced by the prevalence or change in diseases. Examples include the flu epidemic near the end of World War I, the prevalence, decrease and resurgence of tuberculosis, the eradication of smallpox, polio, and the vast reduction of communicable diseases through widespread childhood immunization. The development and use of antibiotics and the development of tranquilizers and other types of drugs were vital changes of the late 1940s and 1950s. AIDS continues to bring devastation to individuals and groups and effect changes on the delivery of care. The predominance of drug and alcohol abuse and resulting addiction continues to bring challenges to health care.

The expansion in technology during the twentieth century has altered the practice of nursing in all categories and settings. Widespread use of telephones, radios, televisions, mobile communication devices, pagers, personal computers, the Internet and electronic mail are commonplace within society at large and nursing. Through the use of telecommunications, the profession is taking the lead to protect the public and resolve the problems of multi-state licensure where nurses are physically located in one state and practice in another. Technological developments have resulted in many different ways of caring for patients including improved methods of diagnosis, advances in surgical techniques, research in pharmaceuticals and refined rehabilitation treatments. During the technological explosion of the past century, the education of the nurse has changed from “on-the-job” training to a basic curriculum founded on the sciences and the humanities. This transition in education has facilitated the continuing focus of care on the patient as technological changes have imposed the potential for a focus on the management of devices and machines. 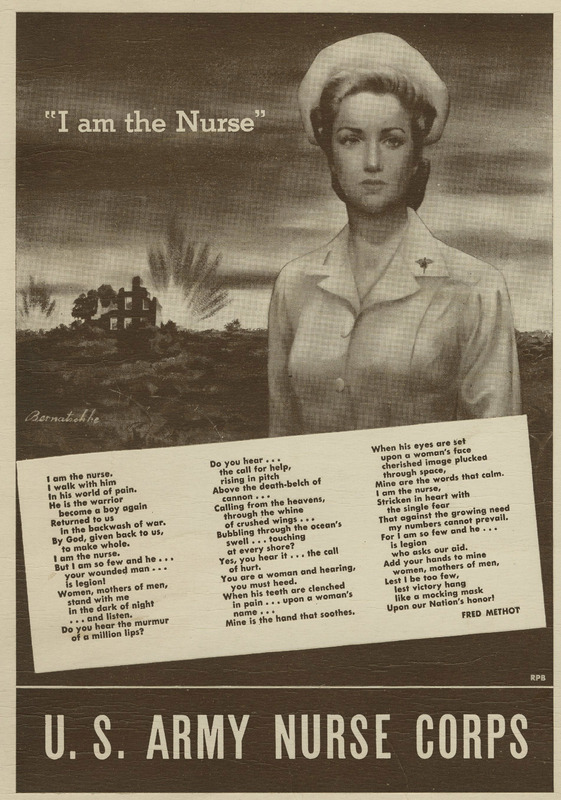 Economic influences on nursing are found in society throughout the century. During the Depression of the 1930s, some hospitals found it was cheaper to hire nurses than to maintain training schools and government projects changed public health from volunteer philanthropic organizations to public agencies. The baby boom, beginning in the 1940s is still affecting health care delivery and will for some years to come. The G.I. Bill allowing veterans to achieve an affordable education benefited large numbers of nurses beginning at the end of World War II. Hill-Burton funding rapidly expanded the construction of hospitals in the 1950s. Medicare and Medicaid and the Peace Corps were begun in the 1960s. Increased political activity by nurses began in the 1970s and has benefited the profession and the consumer. The 1980s brought Diagnostic Related Groups (DRGs) as the basis for payment of patient care, hospital stays were reduced significantly, managed care expanded and the American Medical Association proposed the education of Registered Care Technicians to assist inpatient care in hospitals. This action was opposed by organized nursing and not implemented. In the 1990s, nursing has faced the increasing number of unlicensed assisted personnel giving care to patients and changes in staffing patterns that have reduced the numbers of licensed personnel in some institutions. At the beginning of the twenty-first century, there is an increased emphasis on certification for nurses, on ethics and spirituality in nursing and on alternative health care. 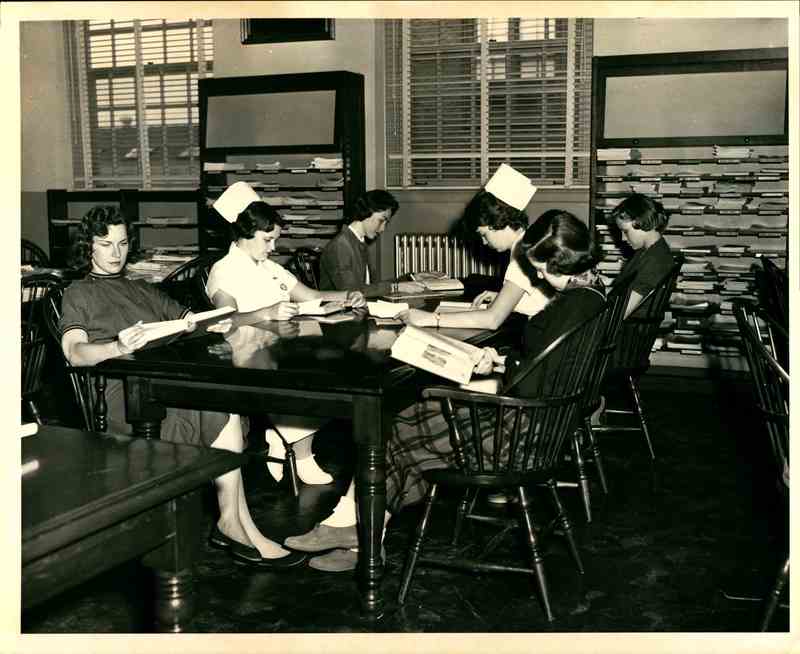 Developments in education influenced trends in preparing nurses for the profession. Nursing education began in early hospital-based “training” schools and moved primarily to community colleges and major universities beginning with the first collegiate school at the University of Minnesota in 1907. The Goldmark Report, published in 1923, was critical of hospital training schools and the publication of the work of the Committee on the Grading of Nursing Schools in 1934 gave impetus to improvement of nursing education and influenced the closing of some small schools. The nursing “shortage” of World War II influenced the expansion of practical nursing education, which was further expanded in the 1960s by the federal money made available to expand vocational education in the public schools. The advent of the associate degree in nursing programs in junior and community colleges begun in the early 1950s had a far-reaching impact on nursing in the United States. During the 1960s the growth of programs leading to advanced degrees, the Nurse Training Act (the first comprehensive federal nursing legislation) and the American Nursing Association “Position Paper on Education for Nurses” shaped the direction of nursing education for the future. The 1980s saw the expansion and growth of nursing research. Nurse practitioner and clinical specialist practice, independent practice and prescriptive authority issues are challenging nursing at the century’s end. Certified Nurse-Midwives and Certified Registered Nurse Anesthetists continue their efforts for recognition and reimbursement.

To begin the study of the last one hundred years of nursing history in Virginia one must be aware of activities in the Commonwealth prior to 1900. Some 13 hospital-based training schools, most patterned on the model established by Florence Nightingale, were organized prior to the turn of the twentieth century. These included:

Retreat for the Sick, Richmond-1894

Nationally, nurses organized to develop the profession and strengthen the training for those entering nursing. The American Society of Superintendents of Training Schools, forerunner of the National League for Nursing, was formed in 1893 followed by the Nurses’ Associated Alumnae of the United States and Canada, later the American Nurses Association, in 1896. The first president of the Nurses’ Associated Alumnae was Isabel Hampton Robb. In the 1890s while serving as Superintendent of the Johns Hopkins Hospital Training School, Mrs. Robb first met Sadie Heath Cabaniss, a native of Petersburg, Virginia. Miss Cabaniss completed her training at Hopkins in 1893 and with the recommendation of Mrs. Robb secured the position of superintendent of the newly organized Old Dominion Hospital Training School in Richmond. The connection between Mrs. Robb and Miss Cabaniss provides a basis for the early alumnae associations in Virginia and for the subsequent development of the Virginia State Association of Nurses, one of the first three state associations in the United States.