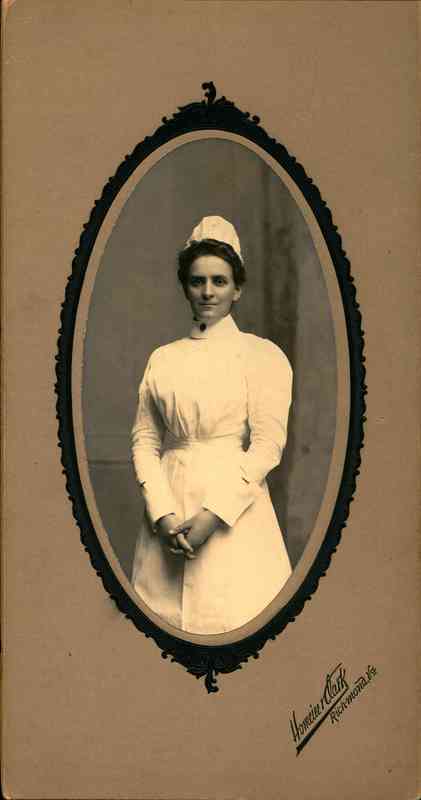 1900 Nurses Settlement
The Nurses Settlement of Richmond, the forerunner of the Instructive Visiting Nurses Association, was established in fall of 1900 at 108 North 7th Street, Richmond, by Sadie Heath Cabaniss. The Nurses Settlement was chartered by the Commonwealth of Virginia to provide a home for trained nurses, free instruction classes in home nursing and medical and surgical services to the poor without cost.

1901 Establishment of the Virginia State Association of Nurses
Under the leadership of Sadie Heath Cabaniss, a group of nurses met on June 13, 1901, at the Nurses Settlement in Richmond "to organize the Virginia State Association of Nurses with the purpose in view of elevating the standard of the nursing profession, strengthening their power and usefulness by cooperating and mutual interest, and obtaining legal recognition as a professional body."

1903 Nurse Practice Act
On May 14, 1903 Governor Andrew Jackson Montague signed the bill enacted by the General Assembly of Virginia to provide for the registration of nurses. At the Third Annual Meeting of the Virginia State Association of Nurses held in Charlottesville four days later the association elected twelve nurses whose names were presented to the Governor for possible appointment to the first Board of Nursing. From this list, the Governor appointed Sadie Heath Cabaniss, Nannie Minor, Leah deLancey, Jean Glasgow and Margaret Watkins. The State Board of Examiners of Graduate Nurses met for the first time on October 14, 1903 at the Nurses Settlement and developed a form for application for a certificate and adopted rules and regulations. 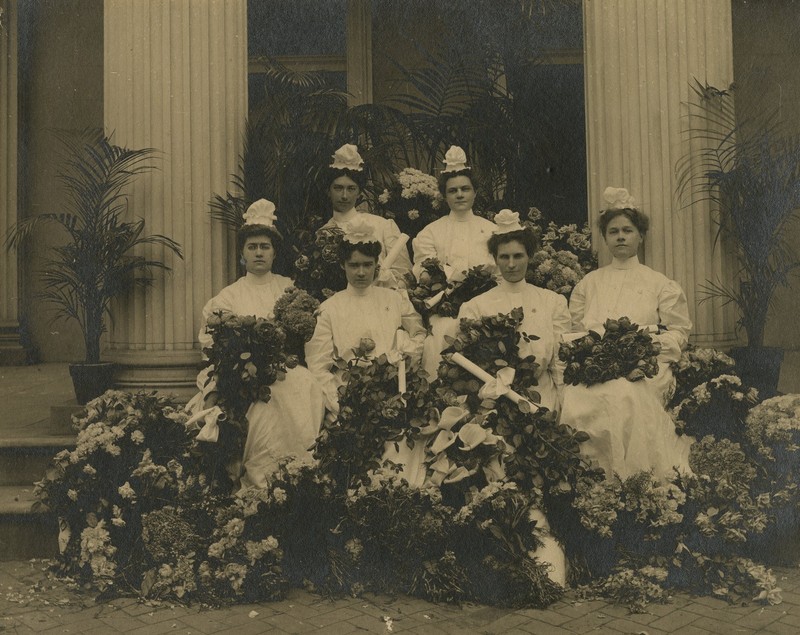 1904 Affiliation with National Association
At the Annual Convention on May 24-26, 1904, at St. Vincent's Hospital, Norfolk, the state association voted to affiliate with the Nurses' Associated Alumnae of the United States (later the American Nurses Association). Leah deLancey Hanger was appointed as a delegate to the National Convention to be held in the District of Columbia in 1905.

1904 Sick Benefit Fund Proposed
Rosa Van Vort presented a paper on a sick benefit fund for nurses at the annual meeting of the Virginia State Association of Nurses (VSAN). A committee was appointed to "take charge of this matter."

1905 Criteria Established for Inspection of Nursing Schools
The Board of Examiners of Nurses developed the first criteria to be used when members of the Board inspected the training schools.

1907 National Convention
The Nurses' Associated Aulmnae of the United States held its tenth annual convention in Richmond, May 14-16, 1907.