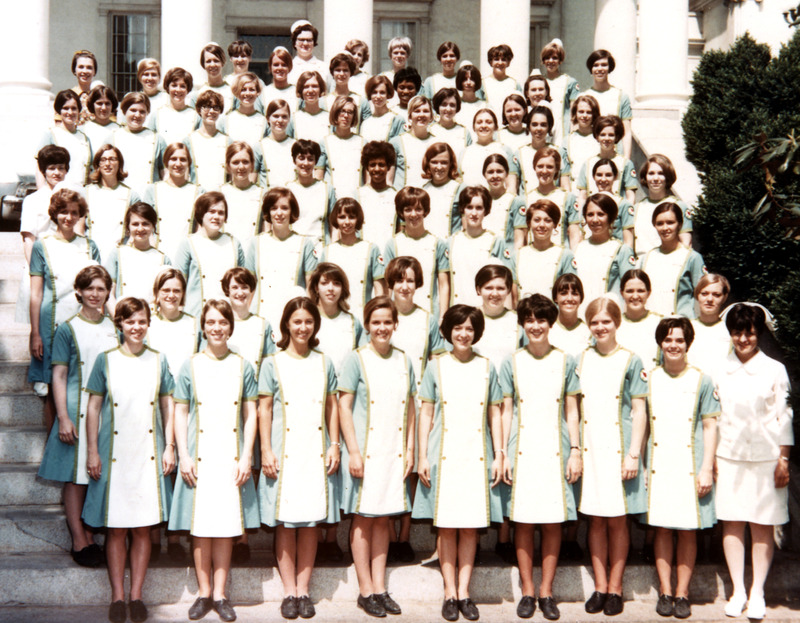 1970 Virginia Has a New Nurse Practice Act
At last Virginia joined the other states having mandatory nursing laws. The new nurse practice act specified that all who nurse for compensation must have a current license. The position of Executive Secretary, an employee of the Board of Nursing was created eliminating the need of having a board member serve as paid secretary-treasurer. Mabel Montgomery resigned her membership on the board to become the first Executive Secretary of the Virginia State Board of Nursing.

1970 Continuing Education for Nurses
The Virginia Regional Medical Program (VRMP) received a federal grant in the amount of $88, 296 to fund a statewide program of continued education for nursing personnel from June 10, 1970, through December 30, 1970. The Virginia Nurses' Association (VNA) administered the project, and nurse coordinators were responsible for the local programs on heart disease, cancer, stroke, and related diseases.

1970 VNA Initiates Establishment of Interdisciplinary Practice Council
The Board of Virginia Nurses' Association (VNA) approved the recommendation of the Nursing Practice Committee that the Association initiate the establishment of an Interdisciplinary Practice Council comprised of representatives from the VNA, the Virginia Hospital Association, Virginia Pharmaceutical Association and the Medical Society of Virginia and that the Council make recommendations concerning the congruent roles of physicians and nurses in providing quality health care. The group first met at VNA Headquarters on March 15, 1971.

1972 Effort to Secure Nursing's Representation on Commissions and Boards
At the 1972 Virginia Nurses' Association (VNA) convention, the membership adopted a resolution calling for nurses to be appointed to various commissions and boards of state government involved in the delivery of health care. 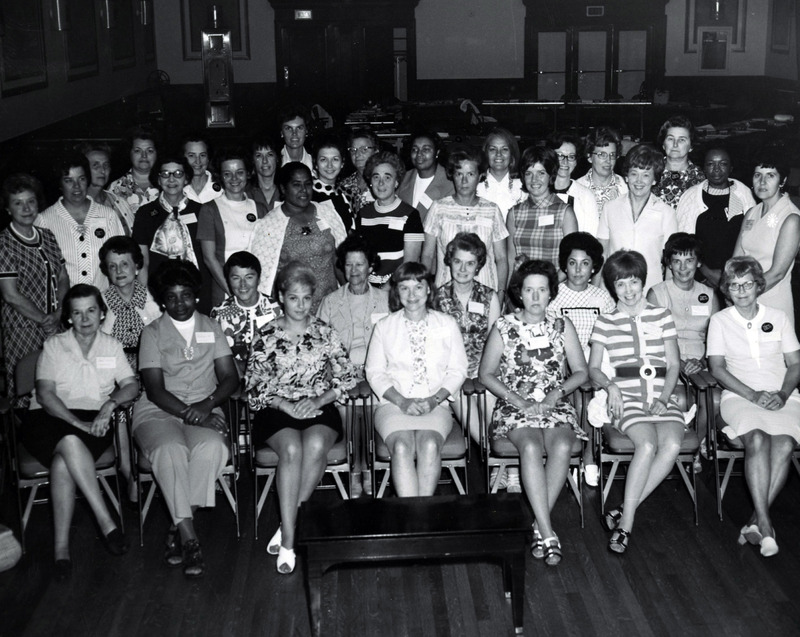 1973 First Nurse Practitioners Authorized
At the direction of the General Assembly, the Health Department conducted a Study of Assistants to Physicians and Dentists. The Virginia Nurses' Association (VNA) and the Virginia State Board of Nursing were represented on the study group. A major recommendation resulted in an amendment to the Medical Practice Act in 1973, which authorized a registered nurse or a licensed practical nurse to render medical or health services "under the supervision of a duly licensed physician" when the services were authorized by regulations jointly promulgated and implemented by the Virginia State Board of Medicine and Virginia State Board of Nursing.

1974 First Joint Practice Committee Formed
Virginia Nurses' Association (VNA) and the Medical Society of Virginia agreed to form a joint practice committee comprised of eight members of each for the discussion of issues related to overlapping practice.

1975 Collective Bargaining
Virginia nurses looking for assistance from Virginia Nurses' Association (VNA) in collective bargaining sponsored a resolution to explore the organization of the Virginia Nurses Economic Security Council (VNESCO). VNA also revised its bylaws to separate the collective bargaining process from the overall program of VNA. This separation occurred because of changes in the National Labor Relations Act eliminated the exemption of non-profit hospitals. 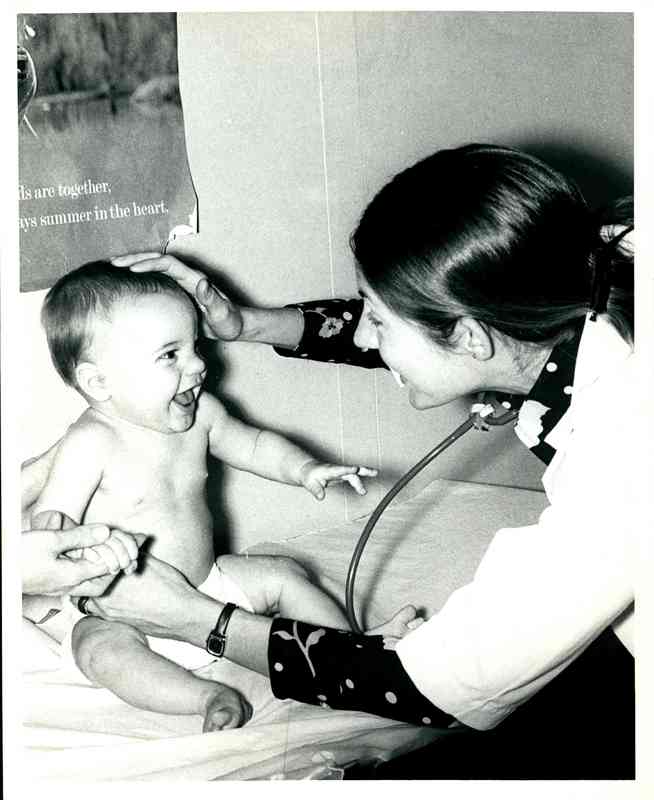 1976 Virginia Nurses Economic Security Council
VNA established VNESCO as a structural unit within the organization with an elected representative from each district. Local units would assist with the development and administration of the collective bargaining process.

1976 New Name for VNA Publication
The spring issue of the official publication of the VNA was issued with the new name Virginia Nurse. A newsletter, VNA News, was published between issues of the journal.

1978 Sale of VNA Property
VNA sold its headquarters building in 1978 and moved to rented quarters in a building owned by the Virginia Pharmaceutical Association. 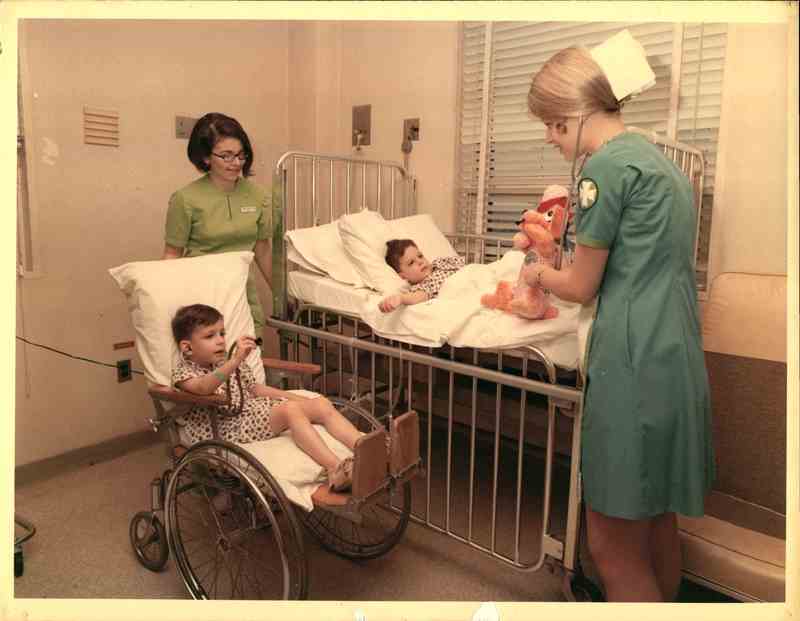 1978 VNA opposes Chelsea
VNA adopted a resolution in opposition to the marketing of Chelsea, a soft drink that resembled beer bottled by Anheuser Busch. VNA and its Districts issued news releases for the media showing their concern for advertising directed at children and teenagers. In response to a letter to the President of Anheuser Busch, the company suspended its promotional campaign and indicated it would take steps to alter the product so that it would not resemble an alcoholic beverage.

1979 Clarification in the Role of VNA in Collective Bargaining
Through bylaw changes VNA eliminated the Economic and General Welfare Committee in an effort to clarify their role in collective bargaining.