Why The Spanish Flu Was Different 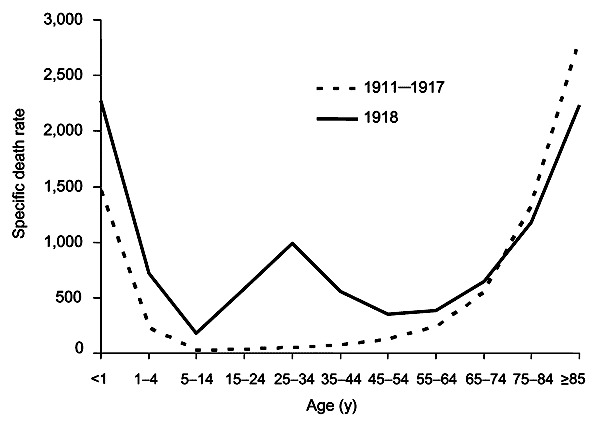 The Spanish flu was so named because Spain, a neutral country during the war, did not censor news coverage of the disease. As a result that nation appeared to suffer disproportionately. What made this flu different from prior outbreaks was its deadliness among adults aged 20-40. Historically, death from influenza and accompanying pneumonia tended to occur in the very old and the very young. However, this strain caused a “cytokine storm,” which is an uncontrolled immune system response. The stronger the immune system, the worse the reaction to the disease, which is why the healthy became so sick and often died.