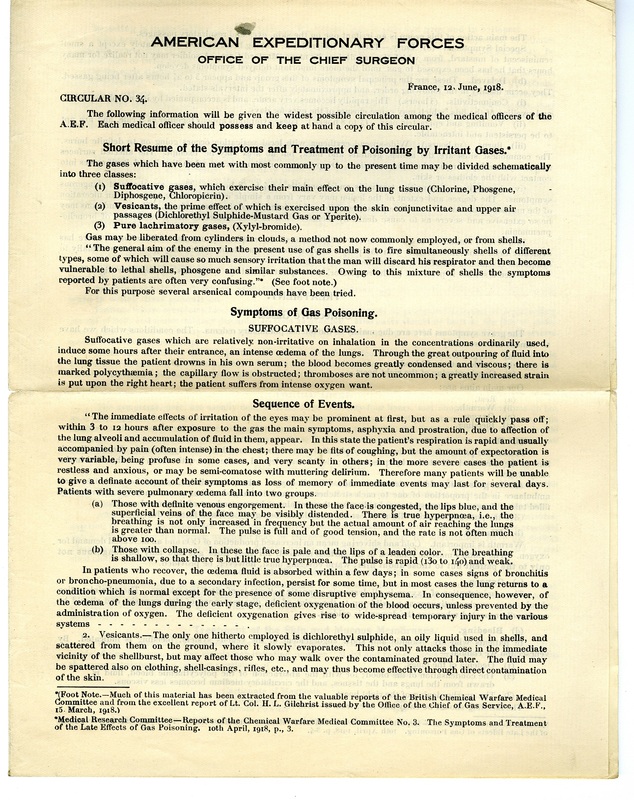 A 1918 circular from the surgeon general informing medical doctors in the field of battle of the symptoms brought on by exposure to the chemicals of gas warfare. The document also includes a list of potential treatments.

The treatment of those poisoned by gases of the lung irritant group comprised of rest, warmth, venesection, oxygen inhalations, cardiac stimulation, exposure to fresh air, inhalation of ether or other sedatives, and a regulated diet. Additionally, unless the patient was collapsed or unconscious, inducing vomiting gave great relief by expelling large quantities of frothy fluid from the lungs, though it was not recommended to use ipecacuanha or apomorphine, both emetics typically used to induce purging. In general, gassed patients with little to no vesication (severe blistering) made fairly rapid recoveries and many were sent back out to the field of battle after being cleared by the medical staff.