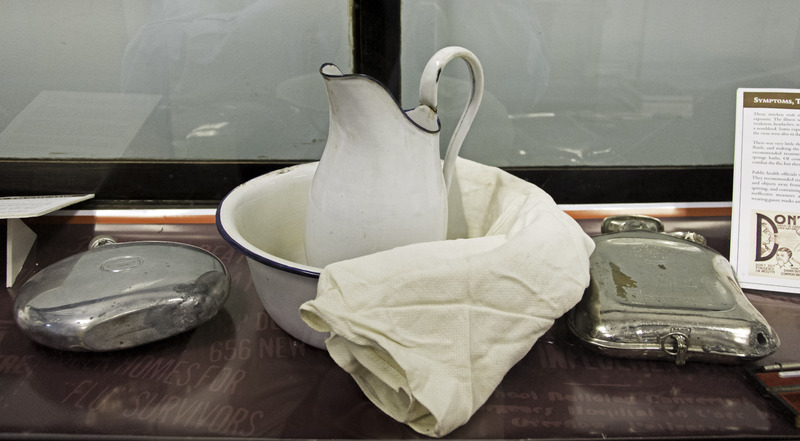 The items on display here are similar to what was available to caregivers treating influenza patients.

Very little could be done to treat influenza at this time. While many patent medicines claimed to combat the flu, these were generally ineffective. Some other recommended treatments of the period include hot towel wraps and isopropyl alcohol sponge baths. In most cases, all that could be done was to make the patient comfortable: a hot water bottle for keeping warm, a basin for giving sponge baths, a pitcher of water readily available for drinking, and a thermometer for monitoring the dangerously high fever that characterized this strain of the flu. Doctors and nurses were in short supply, so only the lucky or most critically ill could expect a house call. 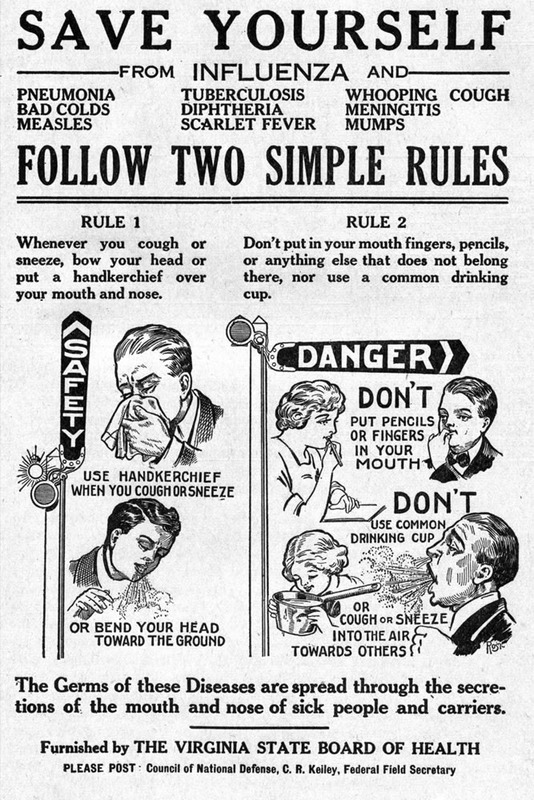 Those stricken with the virus rapidly fell ill, sometimes within hours of exposure. The illness was characterized by a fever between 101-105 degrees, weakness, headaches, severe muscle aches, sore throat, a cough, and sometimes a nosebleed. Additionally some experienced diarrhea and vomiting. Those who contracted the virus were also in danger of developing pneumonia.

Public health officials tried their best to educate the public about preventing the flu. They recommended staying away from crowded public places, keeping finger and objects away from the mouth, no communal drinking cup, no spitting, and to contain or redirect coughs and sneezes.  People resorted to ineffective measures and folk medicine to protect themselves including wearing gauze masks and charms to ward off illness.