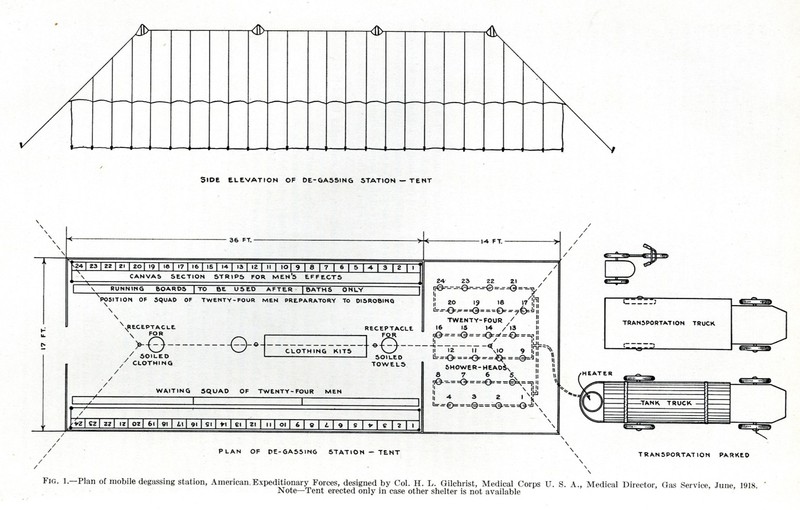 Diagram of a degassing station.

Because of the scarcity of proper bathing facilities along both western and eastern fronts, portable degassing stations were employed to help give baths and clean clothing to those subjected to the fumes of chemical warfare at the nearest possible points to where the bombardments took place. Originally designed by Col. H.L. Gilchrist, the degassing station included one motorized tank truck, one 3-ton transportation truck, one motorcycle for the commanding officer, and one 50-foot ward tent. When constructed, the station held 24 showerheads, each capable of ejecting four quarts of water per minute. If no water was available in the vicinity, 700 men could be bathed with the water that was transported on the tank truck. All men reporting to the station were careful scrutinized for signs of gas poisoning and those that exhibited symptoms were promptly treated and evacuated to a medical base.