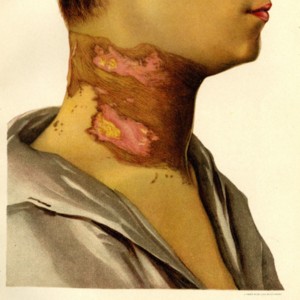 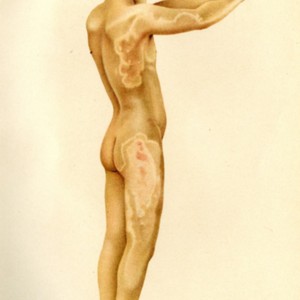 Patients with burns or vesication underwent similar treatment to that of patients with respiratory damage, with several additional measures. The clothing of the exposed was removed and the patient underwent a thorough bath with soap at the earliest opportunity with care being taken to prevent chilling. It was not recommended to remove the liquid gas from the skin by means of gauze or other swabs as this typically resulted in spreading the liquid to a wider surface and causing additional skin irritation. When blisters formed after bathing, they were opened with surgical precautions; the fluid was taken up on gauze and a dressing such as petroleum or paraffin was applied. These dressings were reapplied every few hours and continued until the suppuration has ceased.