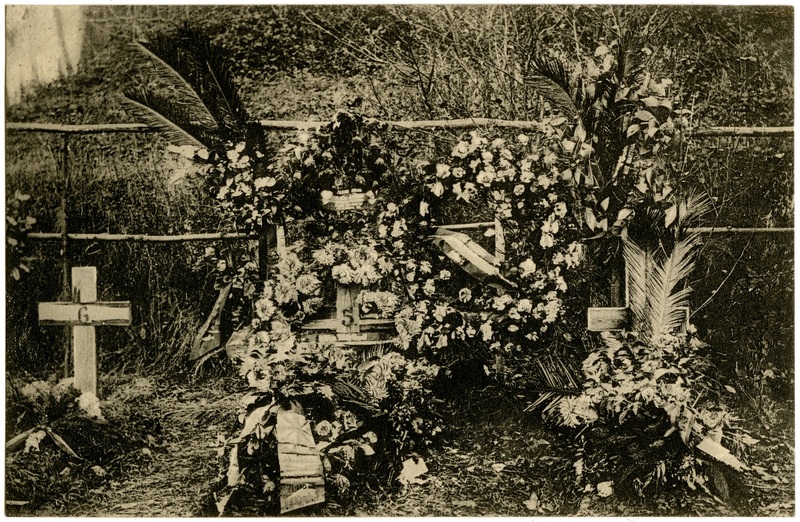 Graves of executed members of the Belgian Resistance.

Resistance to the occupying Germans organized quickly. The Belgian resistance that Cavell would become a part of was made up of a small handful of loosely organized individuals that sheltered wounded allied soldiers and ferried them out of Belgium. It began in late September when the Princess Marie de Croy and Prince Reginald de Croy were approached by Henriette Moriame and Louise Thuliez. These two women had been nursing English soldiers in their homes after the battle of Mons in August, and needed to find a way for them to escape. The decision was made to use the De Croys' castle of Bellignies and privately owned Forest of Mormal to hide them. Medieval prison rooms, such as the "Black Hole" below a staircase, would hide allied troops from the surprise German inspections. Photographs were taken to create fake passports before guides escorted the men out of Belgium. The organization continued to grow throughout its existence; recruiting Cavell, architect-turned-guide Phillipe Baucq (who would be executed at the same time) and many others who assisted in the sheltering and smuggling of troops.