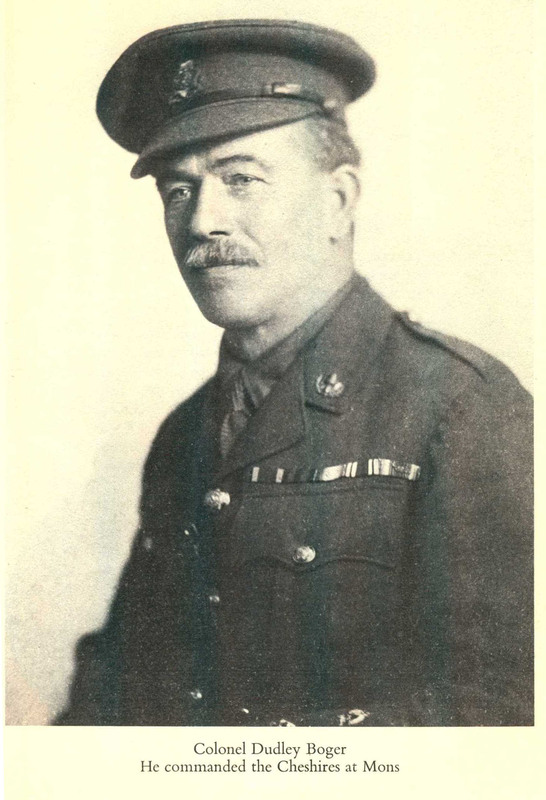 The relative quiet of Clinique life changed on November 1, 1914. Herman Capiau, a member of the Belgian resistance, led English Colonel Dudley Boger and Sergeant Fred Meachin into Brussels to be hidden. Both men had been wounded at the Battle of Mons August 23, 1914. After failing to secure shelter in numerous places they were directed to the English matron of the Clinique. It was believed that perhaps she would give assistance to her fellow countrymen. It was only by chance that Cavell found herself involved in the Belgian resistance.

Colonel Boger was the commander of the 1st Cheshire regiment. During the battle he had been wounded three times, including a very serious spur injury to his right foot. He was found by German officers who gave him emergency medical treatment before taking him to a nearby convent. Sergeant Meachin, a non-commissioned officer in the Cheshires was hit by shrapnel in the head and had to crawl to a Belgian Red Cross station to receive assistance. Meachin, upon learning of his commander's location, traveled to the convent. Soon they had made their escape and found themselves under the care of Capiau.

Shortly after their arrival Cavell arranged for their escape out of the country. Colonel Boger was captured before he could make his way out of Brussels and spent the remainder of the war as a prisoner. Sergeant Meachin was more fortunate, and eventually found his way back to England. By opening her doors to these two men it became understood that she would help any and all allied soldiers who asked for her assistance.