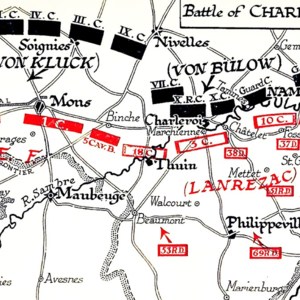 Map showing the position of forces at the Battle of Mons (August 1914). 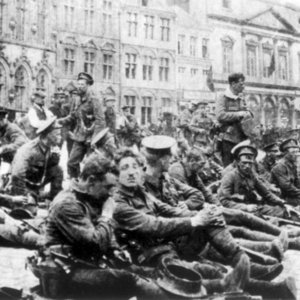 Soldiers of the 4th Royal Fusiliers resting in Mons, Belgium on August 22nd, a day before the battle. 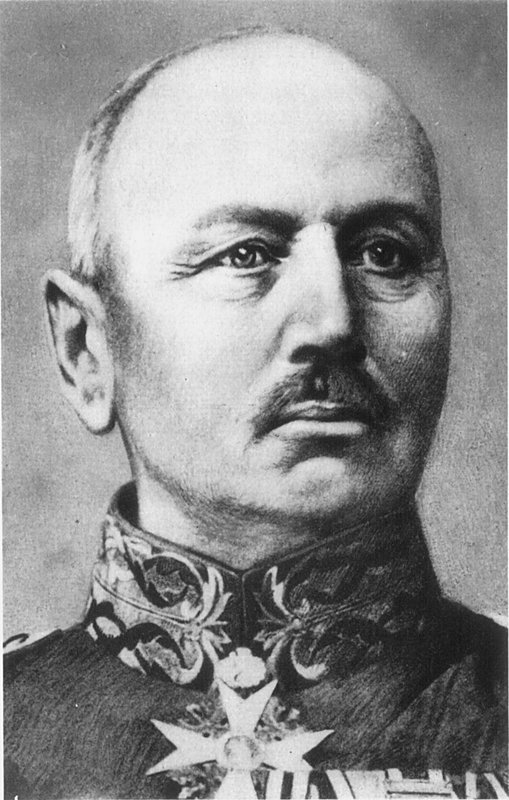 When the war broke out in July 1914, Cavell was on holiday in England. Ignoring the risks of going back to the Clinique, she made the decision to return to Brussels to carry out her duties as matron. Many of the nurses left to return to their native countries including six German nurses that were repatriated, and the Clinique was fashioned into a Red Cross facility. The Germans aggressively pushed their way into Belgium, overwhelming the much smaller Belgian army. Despite fierce resistance, the German army advanced at a very swift pace. Belgian planners hinged their defense on the large number of fortresses that dotted the country. By largely ignoring the isolated Belgian fortresses the first German units were able to march into Brussels on August 20th.

Contrary to what Cavell had expected, the early months of German occupation were surprisingly quiet for the Clinique. News of war atrocities, including the burning of historic villages and execution of prisoners, rattled the nurses. However, despite curfews and tightening rations, life continued on in much the same way. What was most surprising to Cavell and her nurses was the overwhelming lack of work to do. When the German army first arrived they tended to a few injured troops, but General Von Kluck’s target was Paris, so the army quickly passed through leaving few soldiers to care for. In a letter to her mother, dated August 30, 1914, Edith wrote that “We have a few German wounded in our hospital but here (in the Clinique) there are none and the Allies are not brought to Brussels” (Ryder, 99). With few patients to tend to the nurses began making clothes for displaced refugees and the poor, an occupation that would be critical in the hiding of allied soldiers.