Matron at the Brussels Clinique 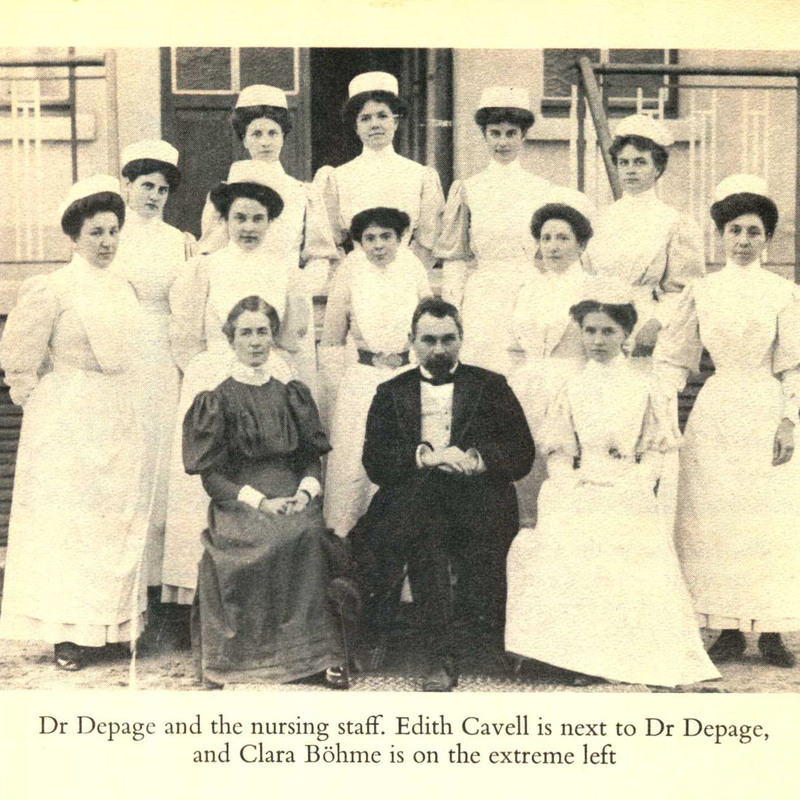 The Ecole Belge d’Infirmieres Diplomees, better known simply as the Clinique, was established May 16, 1907, by renowned surgeon Dr. Antoine Depage. Cavell was recommended to Depage by the Francois family of Brussels. It was Depage's desire to modernize and expand Belgium's hospital system and Cavell would lead a new generation of nurses to staff the facilities.

For the first year probationers were hard to come by due to the social stigma that was only recently relenting around the world. Religious orders had dominated health care since medieval times and nurses that were not part of this religious establishment were unjustly characterized as being women of ill repute desperate for money. This way of thinking began to die thanks in large part to the Florence Nightingale Training School, but obstacles still existed. Europe's hierarchical social structure which continued to persist made many women scoff at the idea of becoming a nurse, which was believed to be a guaranteed way to diminish one’s social standing. Compounding all of these issues was the lack of funding. Almost all of the revenue came from patients and donations. Thanks in large measure to Cavell's carefully controlled record of expenses, the Clinique was able to survive on a shoe-string budget.

After the initial hardships, the Clinique began to grow at a steady rate. More and more women came from across Europe to train as nurses, and by 1912 the original class of five had grown to over fifty. Already the Clinique had outgrown its old facilities, made up of four repurposed residential buildings. The construction of a replacement hospital began in 1912, and Edith had a significant amount of input in its design. Unfortunately, she would not live long enough to see its completion.