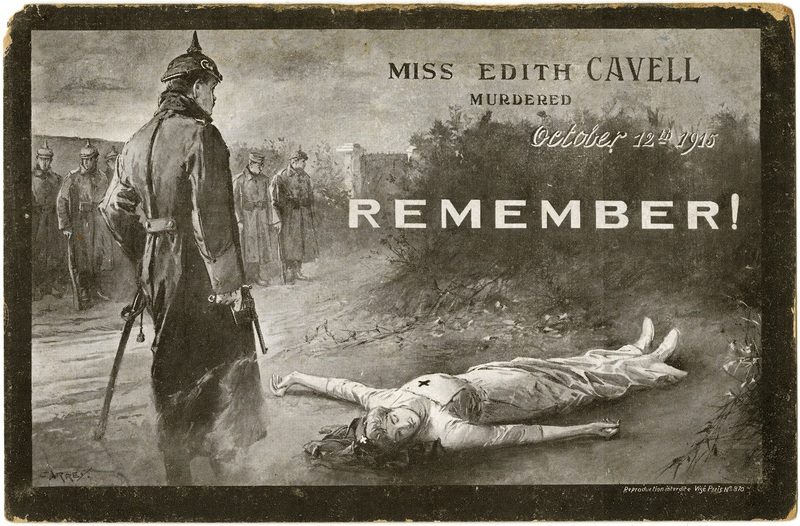 English postcard using the story of Edith Cavell as propaganda. 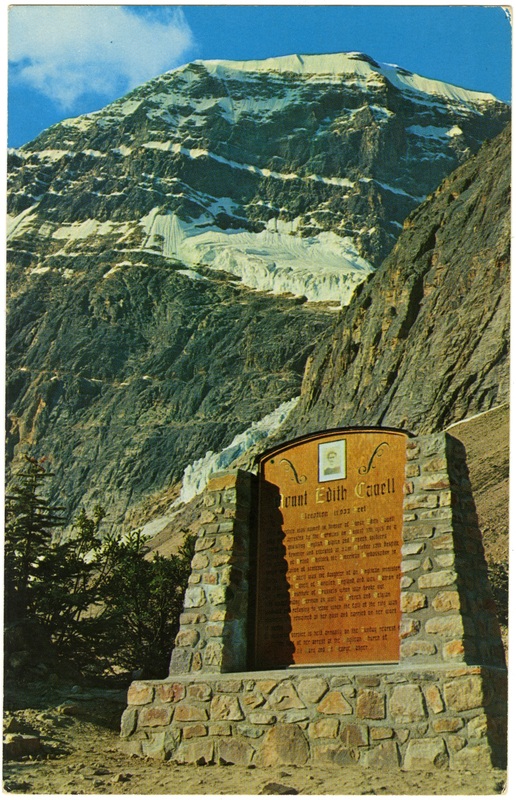 The story of Nurse Cavell was kept alive during and after the war to celebrate her selflessness and dedication to those in dire need. Monuments of all kinds were named in her memory, including the tallest mountain in Canada’s Jasper National Park. Numerous streets, churches, and care facilities bear her name. A large collection of literature targeted at younger readers exists to instill values such as honesty and virtue. A film was made in 1939 depicting her life and death, which happened to be released as the situation in Europe was headed towards another German war.

Even though a large body of literature is dedicated to Nurse Cavell great care must be taken to distinguish factual information from propaganda stories. As a martyr of World War I, especially early in the conflict when men were needed for voluntary enlistment, the events of her life were exaggerated and modified to illicit strong responses from the public. Tales of her raising money for a church at the age of eleven or of the German officer murdering a helpless woman unconscious on the ground continue to capture the imagination and have become a part of her story in a significant, if misleading, way.

The fact that many of these legends still find their way into much of the writing about her is unfortunate, for her story needs no embellishment to be inspiring. She was an individual that committed herself to the aid of others even though she was put in immense danger. It would have been far easier for her to turn those first English soldiers away, but she chose not to. When Marie de Croy suggested that they should stop harboring soldiers due to the attention, Cavell chose to continue for their sake. These are the hallmarks of a truly selfless person, willing to risk everything to help those in need.