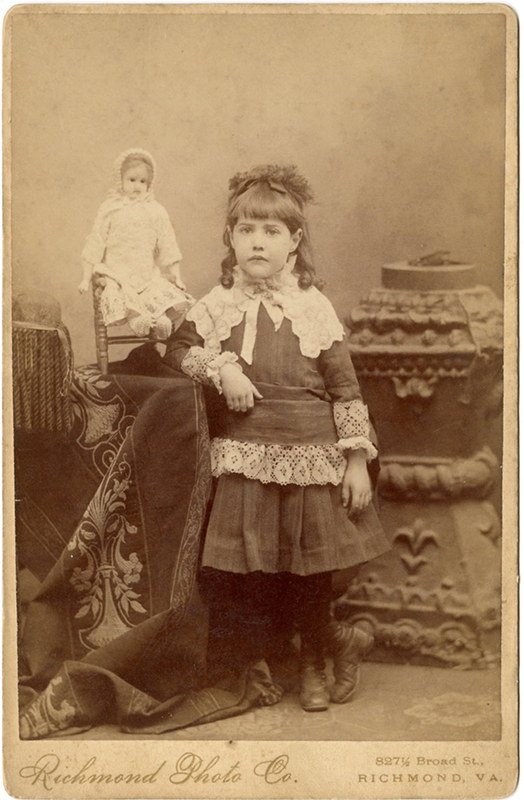 Adèle Goodman Clark was born on September 27, 1882 in Montgomery, Alabama, though Clark preferred to say she was of “New Orleans heritage.” Her mother, Estelle Goodman Clark (1848-1937), was born in New Orleans to a prosperous Jewish family. Her father, Robert Clark (1832-1905), a native of Belfast, Ireland, immigrated to the United States and settled in New Orleans. The Clarks had four children: Edith Clark (Cowles), Ruth, Adèle Goodman; and Gertrude Estelle (Dew). Ruth died a year after her birth. Adèle was especially close to her mother and her sister Edith who both were active supporters of the arts and the women's suffrage movement.

Adèle spelled her first name as the French do with an acute accent over the middle “e.”

The Clark family first came to Richmond in 1885 when Adèle was three years old. They left in 1889 before returning and permanently settling in the city in 1894. Her mother's brother, Edward Samuel Goodman (1851-1931), had established himself in Richmond years earlier working as a traffic manager for the Richmond Chamber of Commerce. “Uncle Eddy,” as he was called by the Clark children, helped the family financially after Robert Clark died in 1906.

In 1912, Edward Goodman built a large house at 3614 Chamberlayne Avenue in Richmond’s Ginter Park neighborhood. Within six years the Clark family came to live with him. The house was the Clark family residence for seven decades. In 1929 a building in the back of the house was converted into an art studio, The Atelier, where Clark and her friend Nora Houston taught their art students. 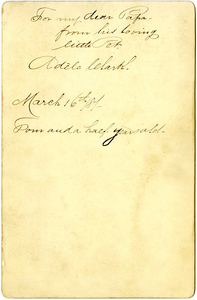 The caption on the reverse of the image of Adèle Clark:"To my dear Papa - from his little Pet. Adele Clark. March 16, 1887. Four and a half years old." 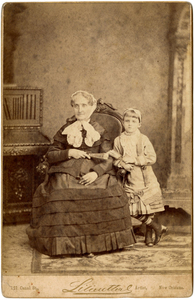 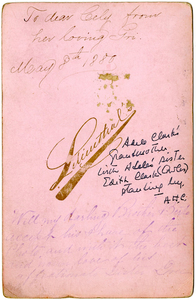 Reverse of image of Adèle Clark's maternal grandmother
and her sister. 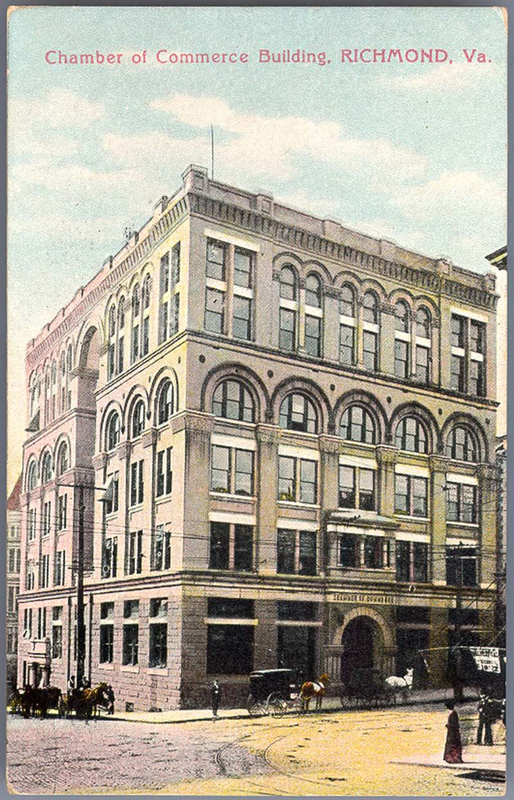 Soon after their arrival in Richmond, Clark began attending the most elite of the city’s private schools for girls, the Virginia Randolph Ellett School (now St. Catherine's School). She also began art instruction on the weekends at the studio of local artist Lilly M. Logan. Clark graduated from the Ellett School in 1901 and began work as a stenographer and typist for several businesses at the Richmond Chamber of Commerce building. These jobs helped pay for classes at the Art Club of Richmond where Clark excelled as both a student and instructor.

It was while working at the Richmond Chamber of Commerce building in the clerical department for an insurance agency that Clark said she first became interested in the women's suffrage movement. She learned that applications from Danville, Virginia were separated from other applications because that city's textile mills caused the death of many children due to respiratory diseases. The insurance agency doubled the price of insurance for those applications. This shocked Clark who came to believe that women voters would have a unique concern for children's health and welfare.