Artist, Art Educator and Promoter of the Arts 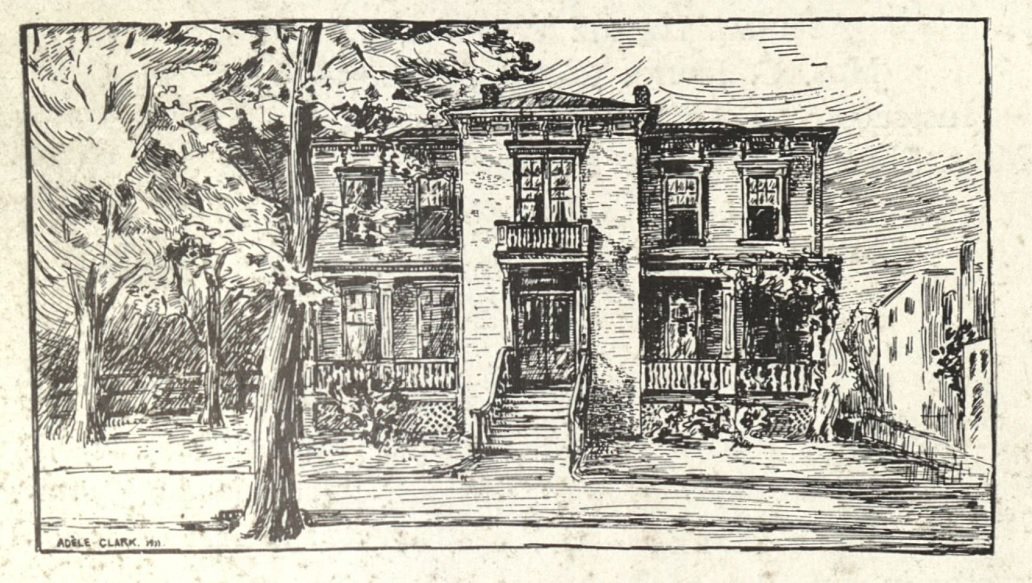 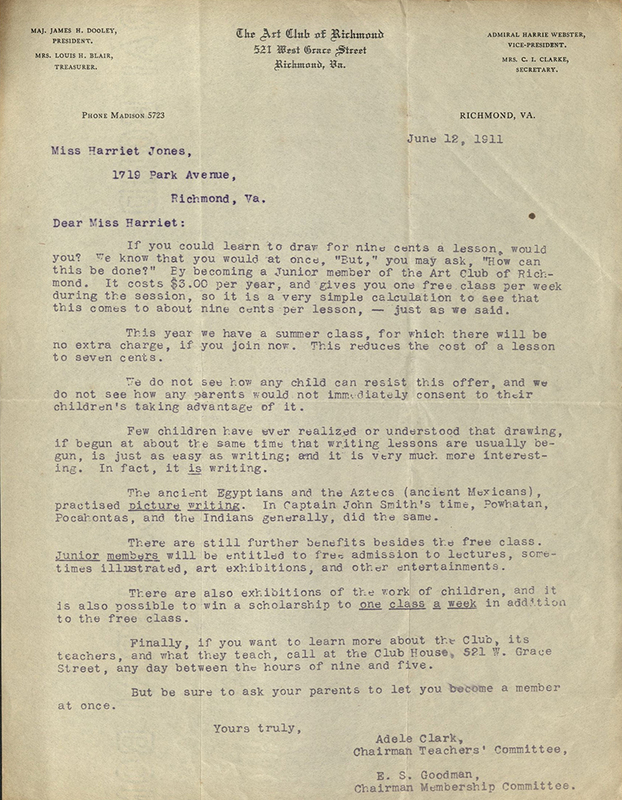 Established in 1895 by Major James Dooley, the Art Club of Richmond offered local artists opportunities to both teach art and to advance their own skills. This was true for Adèle Clark who in the 1910s became a leader in the club along with fellow student Nora Houston (1883-1942). Clark and Houston became close friends at this time and went on to have an association that lasted for forty years. Thanks to a scholarship provided by a member of the Art Club, both Clark and Houston were each able to attend the New York School of Art. For nearly a year Clark studied under William Merritt Chase, Robert Henri, and other leading American artists. 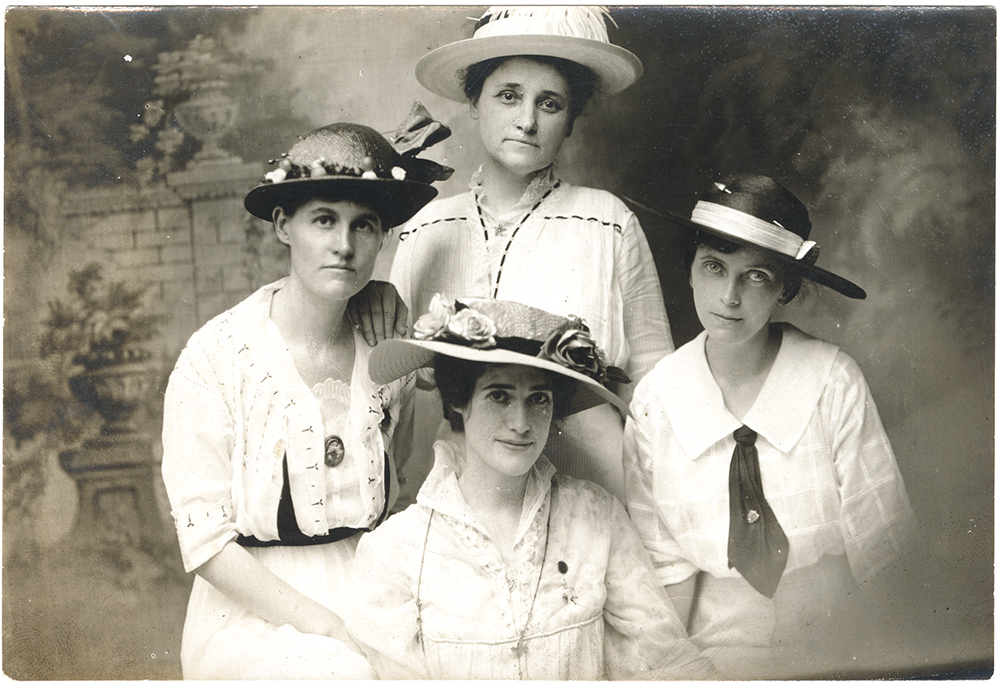 By 1910, Clark and Houston opened an art school within the Art Club of Richmond and soon had nearly 100 students. In 1917 they left the Club to start their own art school, the Atelier of the Virginia League of Fine Arts and Handicrafts. The Atelier was the art school while the League offered exhibits and encouraged community arts participation. Their studio was first located in Richmond's downtown area but moved in 1929 to a building behind Clark's house in Richmond's Ginter Park neighborhood. The teaching studio was active through the late 1930s.

One of the most well-known Atelier students was Theresa Pollak who studied under Clark and Houston between 1912 and 1917. In 1928, Pollak would establish the foundation of what became the School of the Arts of the Richmond Professional Institute, now Virginia Commonwealth University. Another well-known Richmond artist who studied under Clark and Houston was Edmond Archer, a portrait and mural painter, who became assistant curator of the Whitney Museum and an instructor at the Corcoran School.

In 1930, thanks to the work of Clark, Houston, and others, the Richmond Academy of Arts opened near the state capitol building. The Academy absorbed Clark and Houston’s Virginia League of Fine Arts and Handicrafts and began offering lectures, classes, and numerous exhibitions. Its efforts were incorporated into the mission of the Virginia Museum of Fine Arts founded in 1936.

Clark and Houston were also responsible for prompting legislation in the Virginia General Assembly that established the Virginia Arts Commission in 1916. Members of the commission evaluated a large variety of art that was donated or purchased for buildings owned by the state. Their work ranged from approving architectural plans for state college campuses to appraising the artistic merits of hundreds of paintings, sculptures, and other works of art. Clark would herself serve on the Arts Commission from 1941 to 1964. 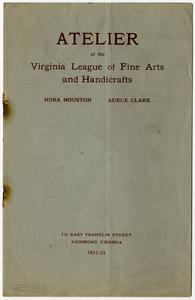 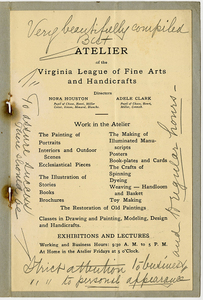 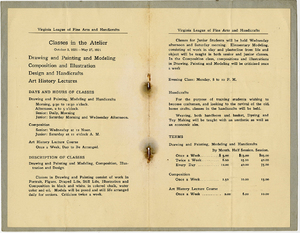 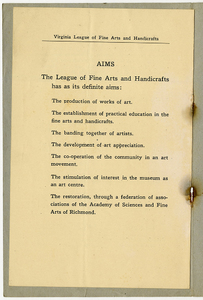 Atelier of Virginia League of Fine Arts and Handicrafts booklet, 1921