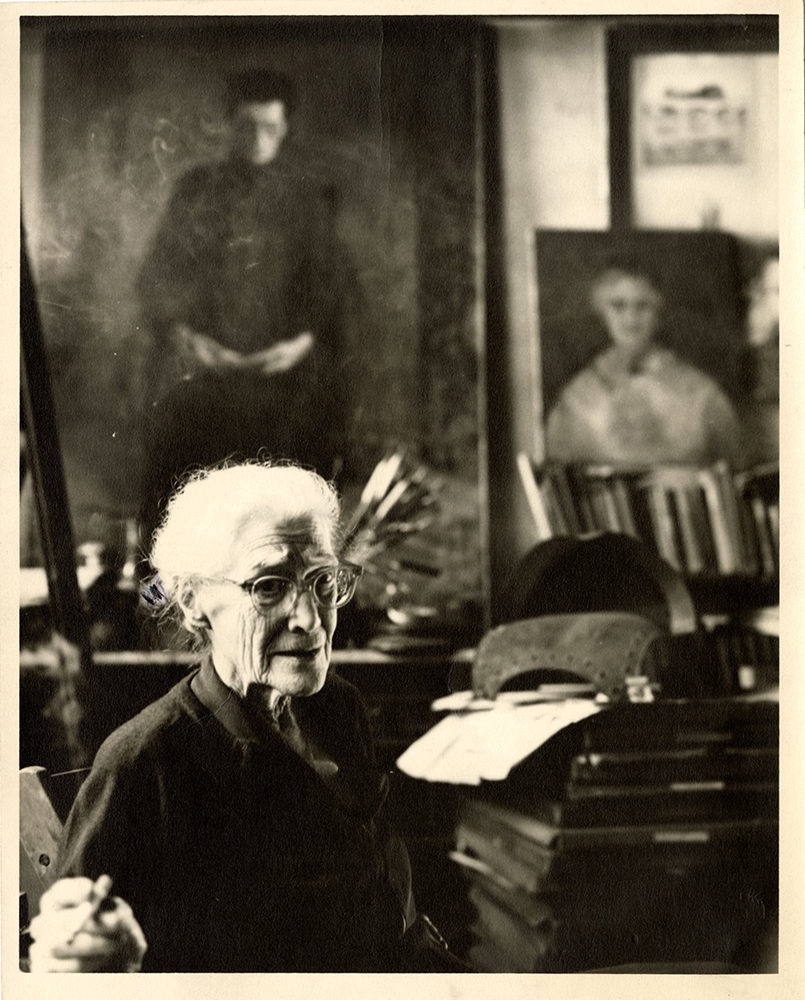 In the 1970s, Adèle Clark, now in her 90s, continued to speak out on issues. She publically opposed the legalization of abortion and campaigned against the Equal Rights Amendment (ERA) which she deemed unnecessary. Decades earlier, Clark and the League of Women Voters of Virginia (and the National League) had opposed the first iteration of the ERA that was introduced in Congress by Alice Paul and others in the 1920s. Although the League and other women's groups supported the ERA by the 1970s, Clark did not change her stance on the amendment. In an August 16, 1976 letter to the editor published in the Richmond Times-Dispatch she explained:

Working for the vote was working for a tool, but working for the ERA is tearing down the structure of the law. The law recognizes persons as men and women, in most cases subject to the same privileges and duties, but in some instances subject to different rights and obligations because of their innate distinctions as men and women. Such distinctions are evident of the complementary nature of man and woman, not the superiority of either one or the other. However, any legal distinction based on sex is expected to be outlawed by the ERA because of the amendment’s exact working which permits absolutely no exception.

In 1941, Willoughby Ions (1881-1977), Clark’s cousin on her mother’s side, moved into the Clark family residence in Ginter Park and lived there until her death. Ions, a noted composer, artist, and dramatist, was seen by many as a bohemian. From the 1950s into the 1970s, the Clark household was considered a “salon” by many Richmonders. Numerous artists, writers, and others, as well as children and teens from the neighborhood, were welcome visitors.

Clark lived at her home in Ginter Park until the age of 96 when she moved to the Westminster Canterbury retirement home. She died there on June 4, 1983 at age 100. Her funeral was held at St. Paul’s Catholic Church and she was buried in the graveyard of Emmanuel Episcopal Church next to her sister, Edith Clark Cowles.

In the 1960s and 1970s, Clark was interviewed by historians and other researchers interested in the history of the women's suffrage movement and other subjects. During the course of her long life, she amassed a large collection of correspondence,  photographs, printed materials, art work and other materials documenting her life's work and relationships. She donated materials to a several institutions but gave the most significant portion to Special Collections and Archives of Virginia Commonwealth University's James Branch Cabell Library. This collection is an important resource for historians, scholars, students and other researchers, and is a valuable legacy of her activism and support for the arts. 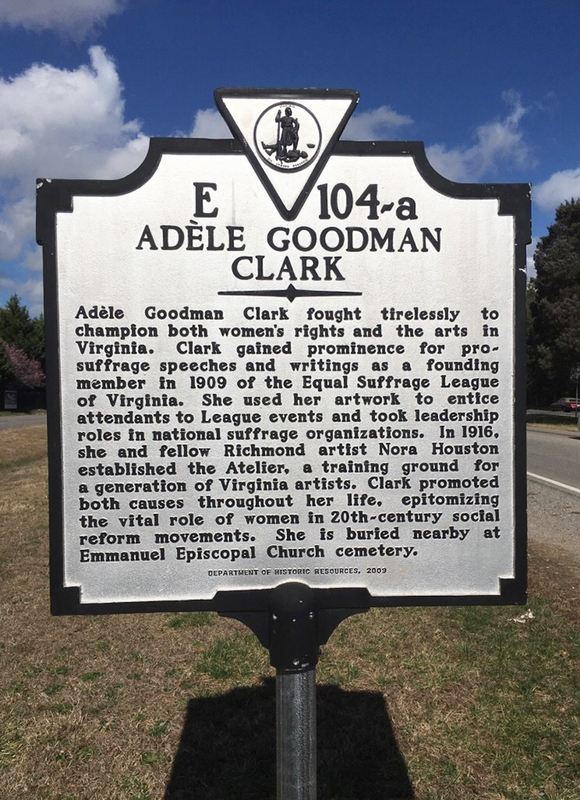 In recent years, Clark and other accomplished women in Virginia, many who were little known, are now being recognized and honored for their work.

The Virginia Board of Historic Resources approved a highway marker for Adèle Clark in 2009.  The marker was installed in 2010 on Brook Road near the entrance to Emmanuel Episcopal Church where she is buried. The text of the marker reads:

Adèle Goodman Clark fought tirelessly to champion both women’s rights and the arts in Virginia.  Clark gained prominence for pro-suffrage speeches and writings as a founding member in 1909 of the Equal Suffrage League of Virginia.  She used her artwork to entice attendants to League events and took leadership roles in national suffrage organizations. In 1916, she and fellow Richmond artist Nora Houston established the Atelier, a training ground for a generation of Virginia artists.  Clark promoted both causes throughout her life, epitomizing the vital role of women in 20th-century social reform movements.  She is buried nearby at Emmanuel Episcopal Church cemetery. 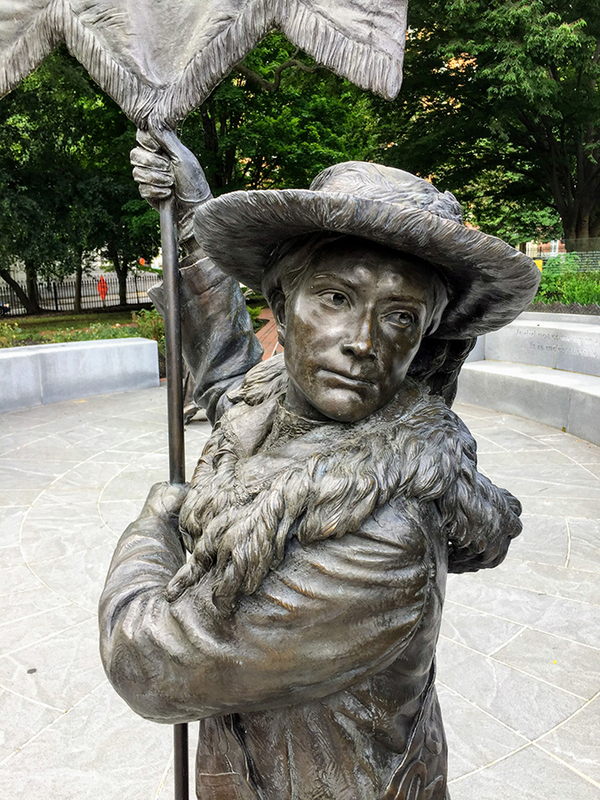 Adèle Clark statue, Voices From the Garden: Virginia Women's Monument, Capitol Square, Richmond, Va. Click on the image for other views of the monument.

Adèle Clark is one of seven women who is represented in life-size bronze statues of Virginia women making up Voices from the Garden: The Virginia Women’s Monument on the grounds of the state capitol. Five more statues are to be added in the future. The women selected for inclusion represent women from across Virginia. The monument was unveiled on October 13, 2019. It was installed on a granite plaza just below the Capitol building. It is surrounded by a Wall of Honor bearing the names of 230 prominent Virginia women etched on glass with room for additional names. 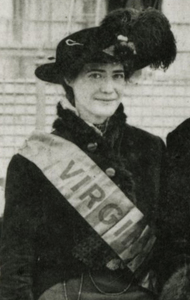 Adèle Clark concluded her 1976 letter to the editor concerning the ERA with these thoughts:

Today, there are many things that men and women should be working together, such as substituting negotiations for warfare, improved economic conditions and better health services. Be informed. The vote has been won – use it!