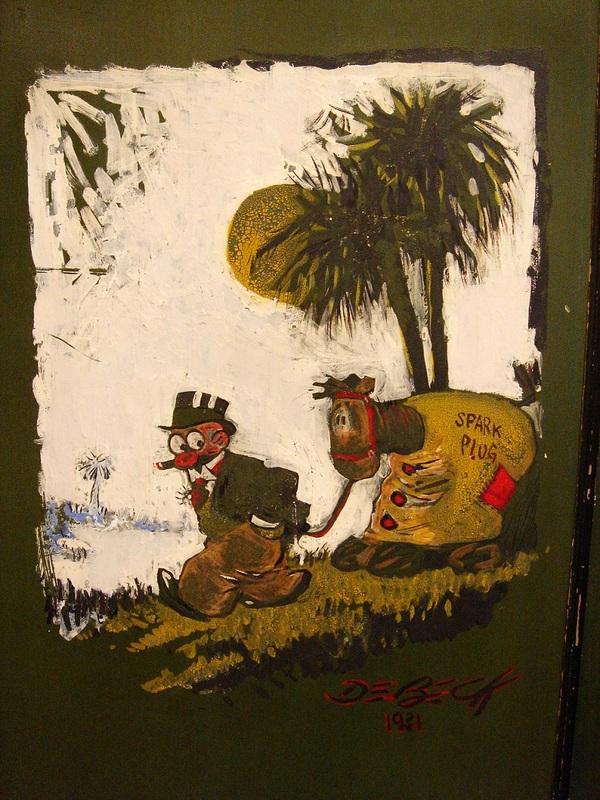 Oil painting of Barney Google and Sparkplug by Billy DeBeck on the top section of DeBeck's office door, 1931. The door was donated to Special Collections and Archives along with 121 books DeBeck owned.

William Morgan "Billy" DeBeck (1890-1947) was an early 20th century American newspaper strip artist best known for three characters he introduced: Barney Google, his mule Spark Plug and Snuffy Smith, a cantankerous hillbilly who lived in the southern Appalachia mountains. While working on the Snuffy Smith strips, DeBeck amassed a library of more than 100 volumes of fiction, anthropology and folklore focusing on Appalachia, the Ozarks and the American South. In 1990 VCU Libraries acquired the library and other items from DeBeck's former secretary. The books contain sketches of characters by DeBeck and underlined passages of Appalachian dialect he used for research for the dialogue of his characters. 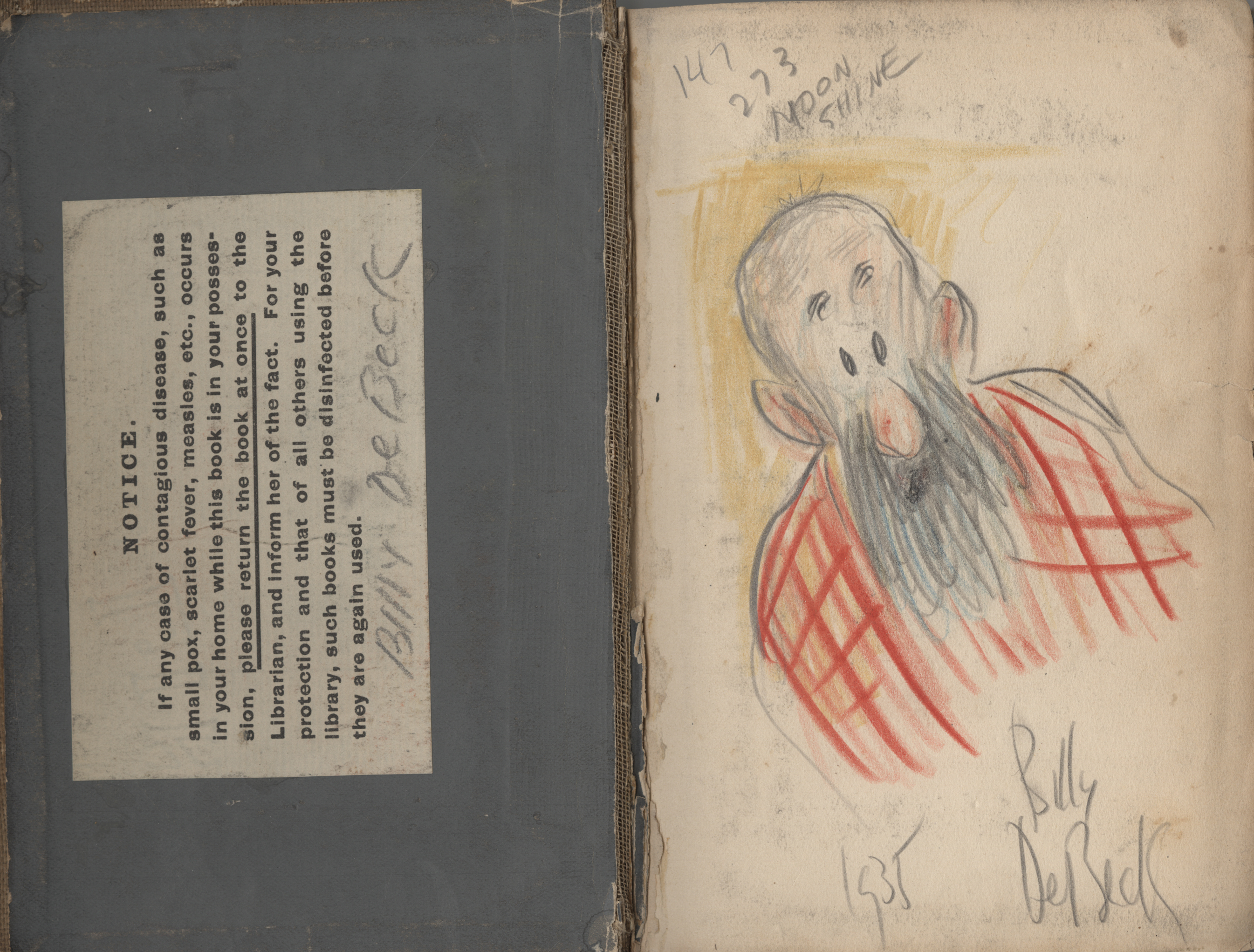 "Contagious disease" warning bookplate on inside of front cover and drawing of a "hillbilly" character by Billy DeBeck on flyleaf on DeBeck's copy of His Vanished Star by Mary Noailles Mufree, 1894.  Mary Noailles Murfree (1850-1922) was an American fiction writer who published under the pen name Charles Egbert Craddock. Considered to be Appalachia's first significant female writer, Mufree's work is important in understanding Appalachian literature albeit with characters that reinforce negative stereotypes.

"Contagious disease" warning bookplate, "Notice: if any case of contagious disease, such as small pox, scarlet fever, measles, etc., occurs in your home while this book is in your possession, please return the book at once to the librarian to the Librarian, and inform her of the fact. For your protection and that of all others using the library, such books must be disinfected before they are used again." Bookplate signed by Billy DeBeck, inside of front cover, His Vanished Star by Mary Noailles Mufree, 1894.

Page 28 and 29 of His Vanished Star by Mary Noailles Mufree, 1894. Text by Mufree, Mary Noailles, with marginalia by DeBeck Billy. Many of the books in DeBeck's library contain underlined passages of Appalachian dialect that he used for research for the dialogue of his comic strip characters. 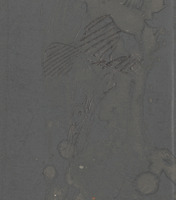 Drawing of a "hillbilly" character by Billy Debeck on inside of back cover from His Vanished Star by Mary Noailles Mufree, 1894.