Edmund A. "Ned" Rennolds, Jr. (1916-2006) was a successful Richmond businessman and one of the city's leading supporters of the arts. He and his wife, Mary Anne Pinder Rennolds (1922-1989), were founders of the Richmond Symphony. Mr. Rennolds was a life-long student of architecture and history as well an avid book collector and reader. He was a supporter of VCU Libraries and served as president of the James Branch Cabell Library Associates in the 1980s and 1990s. 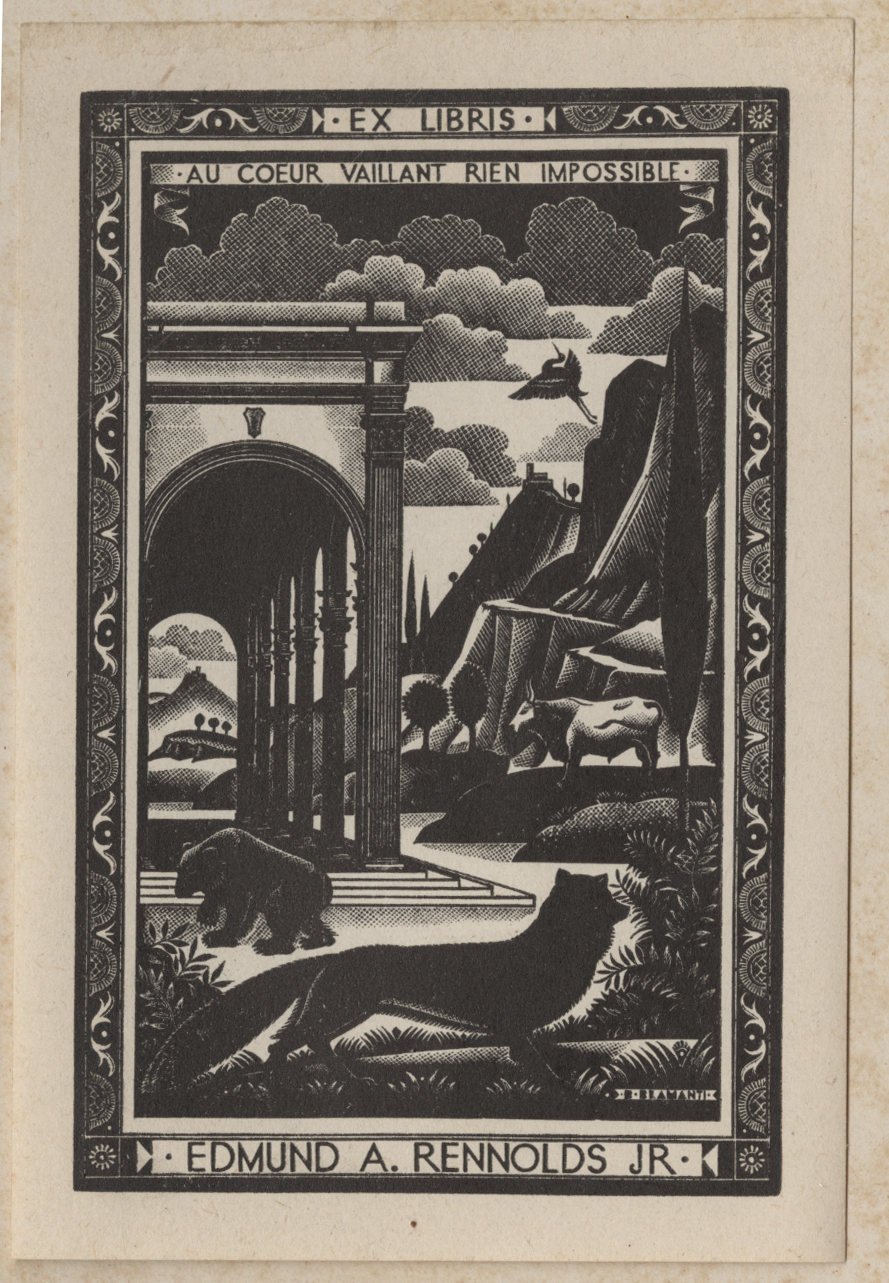 Bookplate of Edmund A. Rennolds, Jr. from his copy of Florence and Some Tuscan Cities, 1905.

The artwork of Mr. Rennolds' bookplate was executed by Bruno Bramanti (1897-1957), an Italian artist and wood engraver. But the design was by Mr. Rennolds. It contains items he choose to represent his interests and family.

The motto "Au coeur vaillant rien impossible" ("For the brave heart nothing is impossible") appears on a banderole at top. The phrase is associated with the 15th century French merchant Jacques Cœur. The phrase also appears on the tombstone of Mr. Rennolds' wife, Mary Anne Pinder Rennolds (1922-1989), in Hollywood Cemetery.

Brunelleschi's loggia from Florence is on the left of the bookplate and represents his love of the Italian Renaissance. A bull and bear signify the financial market (he ran his family's brokerage firm). A fox seen in the foreground is found on the Rennolds' family crest.

Mr. Rennolds' daughter, Bucci Zeugner, wrote in an email in 2018 that on the right of the bookplate is an "Italian cypress tree and details of the Italian country side where his family had a villa outside of Florence where he was exposed to Italian Renaissance history and antiques when he visited with his grandfather, John Kerr Branch, who was buying things for his newly constructed house, the Branch House."

In a 2004 oral history interview, Mr. Rennolds spoke about his bookplate. "This was done by an Italian. I saw in a fancy magazine that you could do it up. I said I wanted the bull and the bear and the fox, which is our family crest. I also wanted a loggia by Brunelleschi. I put a bird in there too." A crane is seen soaring towards the sky on the upper right. 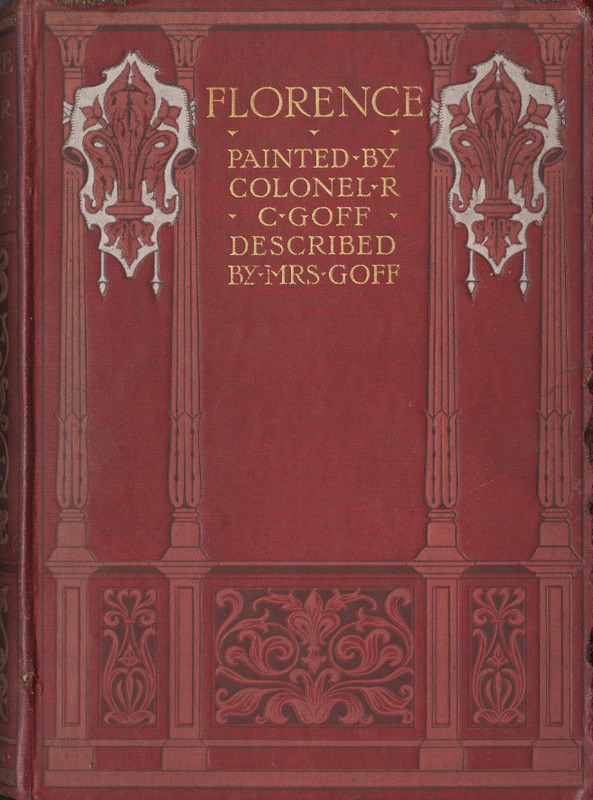 Robert Charles Goff (1837–1922) was a British printmaker and painter who specialized in topographical scenes. Goff and his second wife, Clarissa Catherine de Hochepied-Larpent, published two works full of his watercolors used as illustrations, Florence and Some Tuscan Cities (1905) and Assisi of Saint Francis (1908). Clarissa Goff wrote the text of the books.

Signature of Edmund A. Rennolds, Jr. with the date of 1935 on the flyleaf of his copy of Florence and Some Tuscan Cities, 1905.