Larry Levis (1946-1996) was an American poet and professor of poetry who taught at several colleges and universities including Virginia Commonwealth University from 1992 until his death in 1996. He published eight works of poetry, one work of prose and one collection of fiction. The VCU Department of English and its MFA in Creative Writing program established the annual Levis Reading Prize in his memory for a writer's best first or second book of poetry. Levis' papers are housed in Special Collections and Archives. The department also houses his personal library numbering nearly 600 volumes most of which are collections of poetry.

Many of the books in Levis' personal library are inscribed to Levis by their authors. Others have notations made by him in the margins. A large number of the books in his collection are inscribed by Levis with his name, the year he bought the book, and the city where he purchased it. His copy of Camera Lucid: Reflections on Photography by Roland Barthes, 1981, has examples of most of these features.

Inscription by Larry Levis on half title page of Levis' copy of Camera Lucida: Reflections on Photography by Roland Barthes, 1981. In many of his books Levis would write his name and the location of where he read or purchased the book. 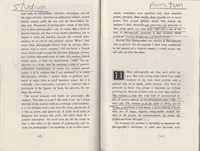 Annotations by Larry Levis on pages 26 and 27 of Camera Lucida: Reflections on Photography by Roland Barthes, 1981.

Notations by Larry Levis on verso of the inside of the back cover of Levis' copy of Camera Lucida: Reflections on Photography by Roland Barthes, 1981.

Evidence left in Larry Levis' copy of The Whole Motion: Collected Poems, 1945–1992 by James Dickey tells us that he purchased his copy at the Carriage House Book Shops, near the Monroe Park Campus of VCU, in 1993.

Larry Levis inscription on half title page from Levis' copy of The Whole Motion: Collected Poems, 1945-1992 by James Dickey, 1992. 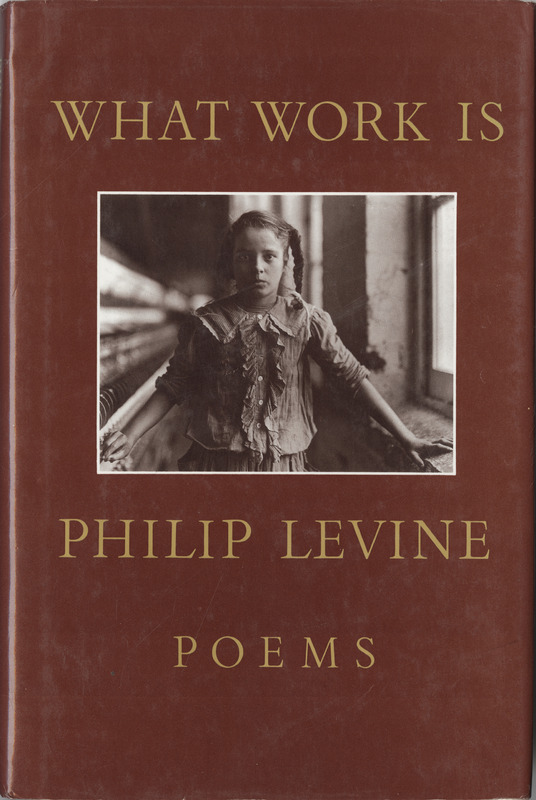 Philip Levine (1928-2015), the Pulitzer Prize-winning poet and Poet Laureate of the United States, 2001-2012, taught Larry Levis at California State University, Fresno in the late 1960s. Levine was a mentor to Levis and they were lifelong friends.

Published in 1991, What Work Is, by Levine, is dedicated to Levis. The collection of poems is highly regarded by critics and won the National Book Award for Poetry in 1991. Levis' copy contains a lengthy inscription by Levine.