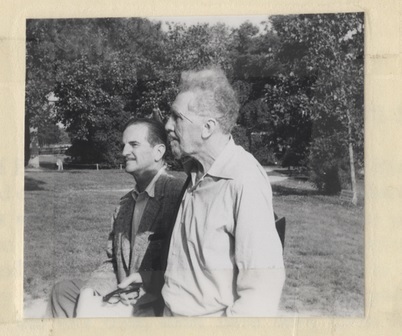 Harry Monroe Meacham was born July 19, 1901 in Petersburg, Virginia.  He attended Richmond Professional Institute (later VCU) and St. John's College in Annapolis, Maryland.  Active in literary affairs and a published poet, Meacham was a long time employee of the financial firm of Dun and Bradstreet. He was participated in national and local poetry organizations including serving in the 1950s as president of the Virginia Poetry Society. He died on June 29, 1975. His papers and a large collection of books from his personal library are housed in Special Collections and Archives.

In the 1950s, Meacham led the movement to free poet Ezra Pound (1885-1972) from his incarceration at St. Elizabeth's Hospital in Washington, D.C.  Pound had been arrested in Italy in 1945 on charges of treason. He did not stand trial but instead was kept in St. Elizabeths for 13 years (1946-1958). Soon after his release Pound visited Meacham in Richmond in April of 1958. His visit in Richmond included a "coming-out" party for him at the Jefferson Hotel. 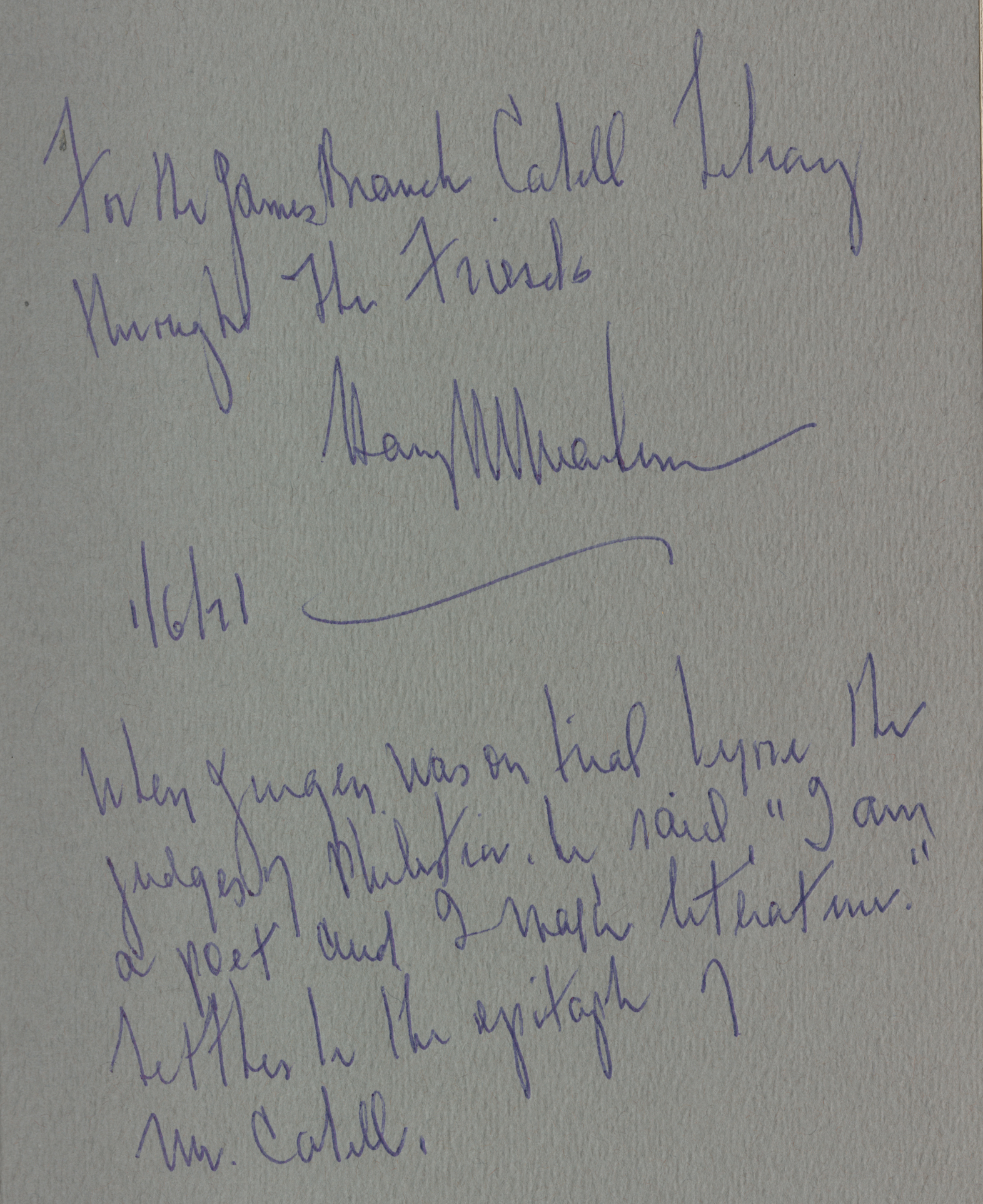 The library's copy of The Caged Panther: Ezra Pound in St. Elizabeths by Harry Meacham, published in 1967, includes the inscription: "For the James Branch Cabell Library through the Friends, Harry Meacham, 1/6/71 - When Jurgen was on trial [before] the judges of Philistine he said "I am a poet and I make literature." Let this be the epitaph of Mr. Cabell." Meacham was referencing a quote found on page 10 from James Branch Cabell's The Judging of Jurgen published in 1920. 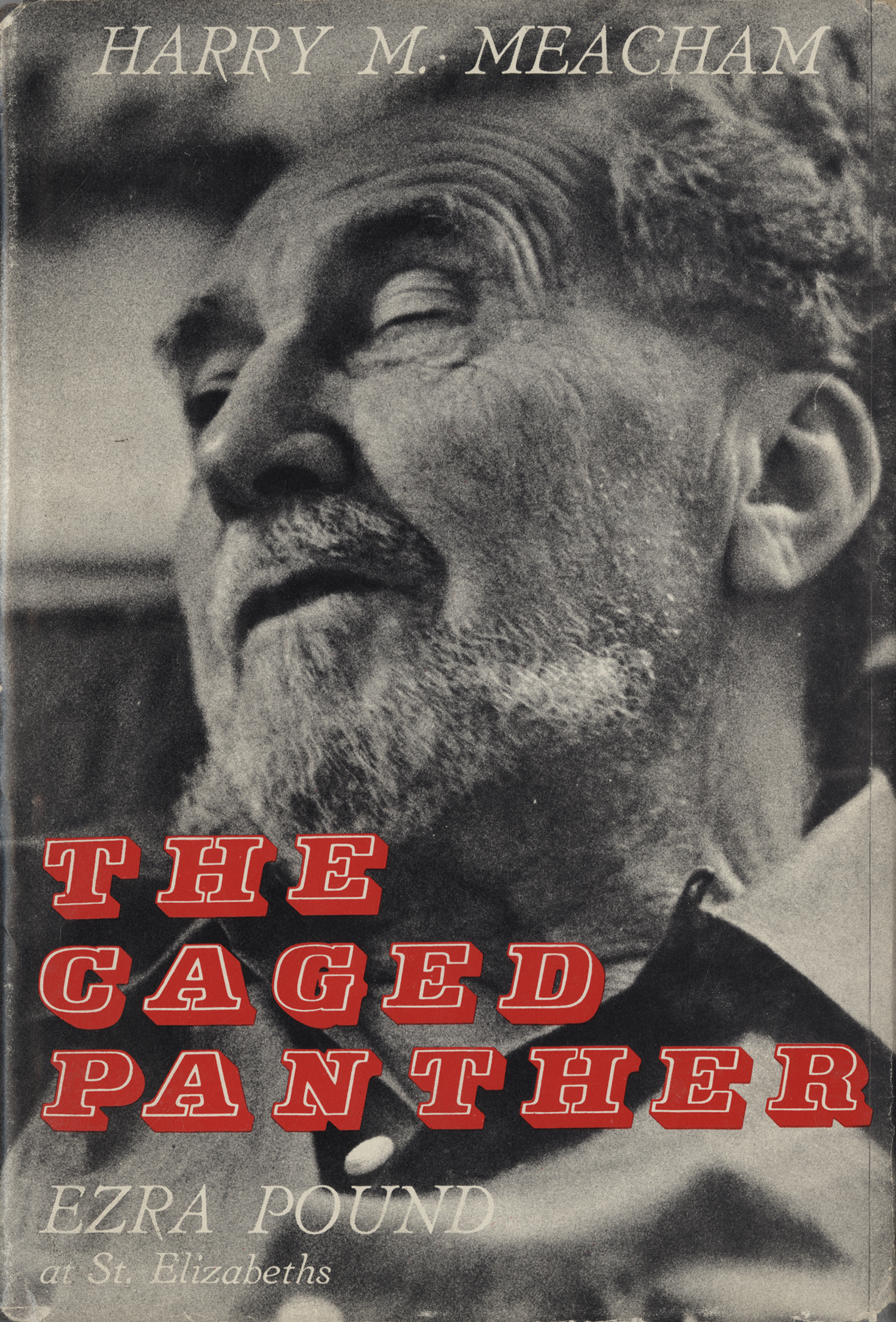 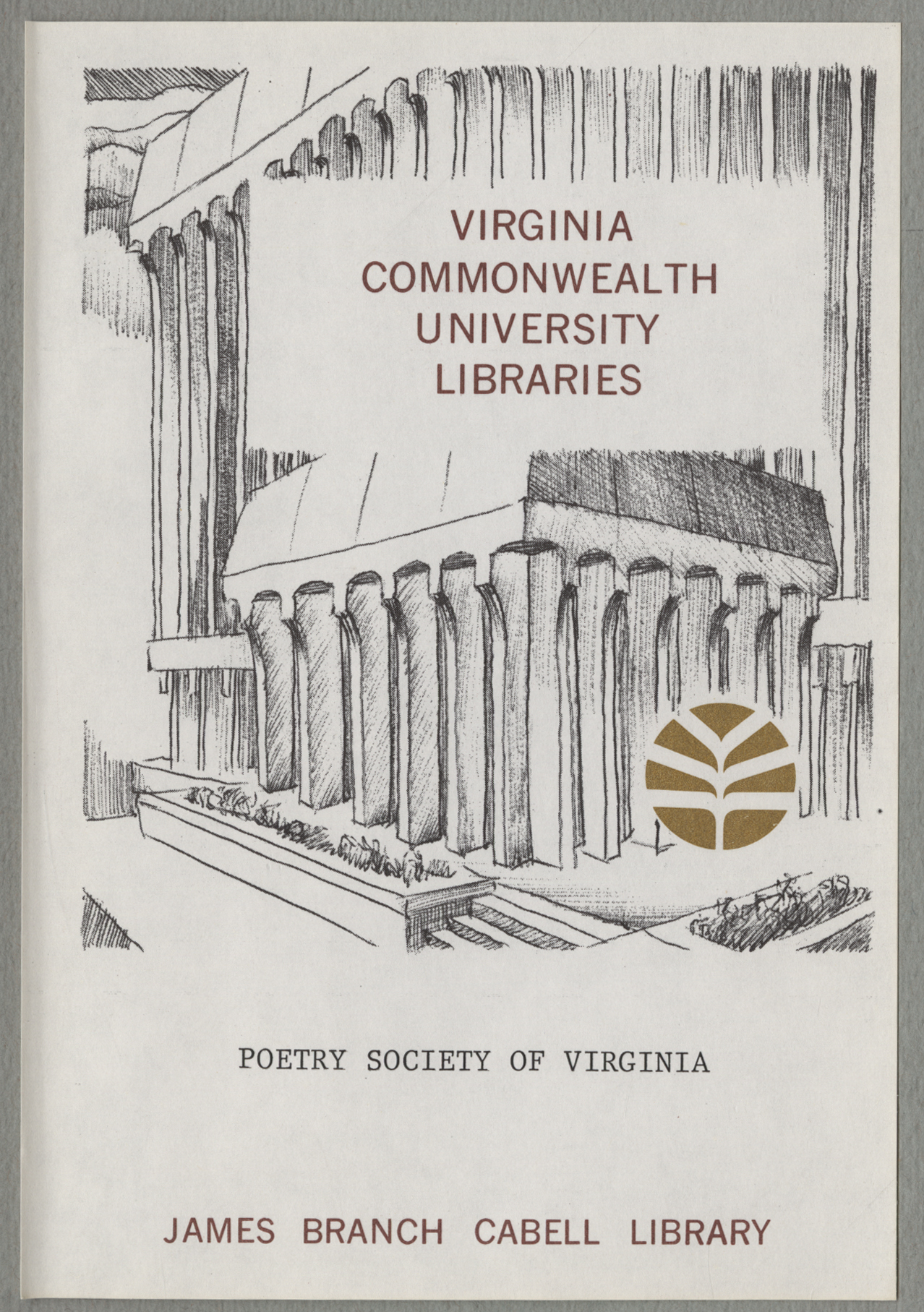 Virginia Commonwealth University Libraries, James Branch Cabell Library bookplate ca. 1980 in honor of the Poetry Society of Virginia. This bookplate appears on the front cover of the library's copy of The Caged Panther: Ezra Pound at Saint Elizabeths by Harry M. Meacham, 1967. 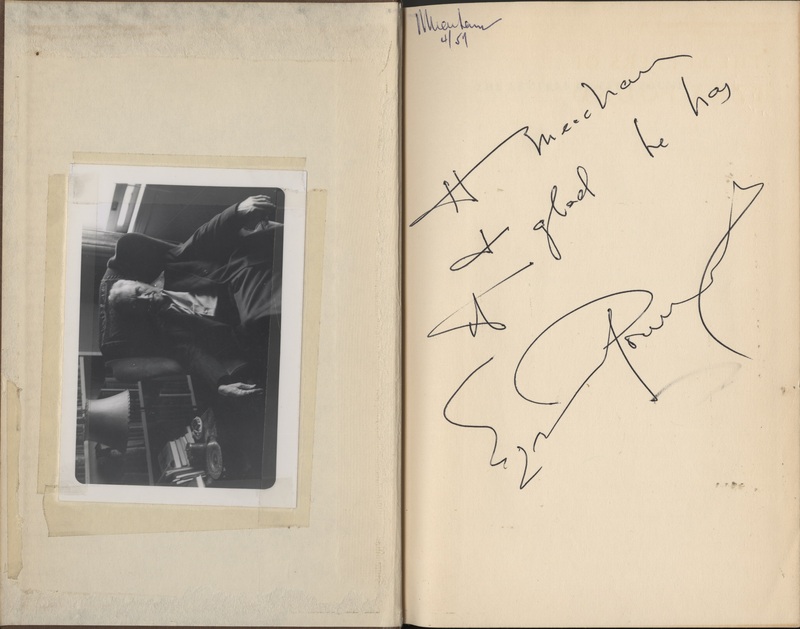 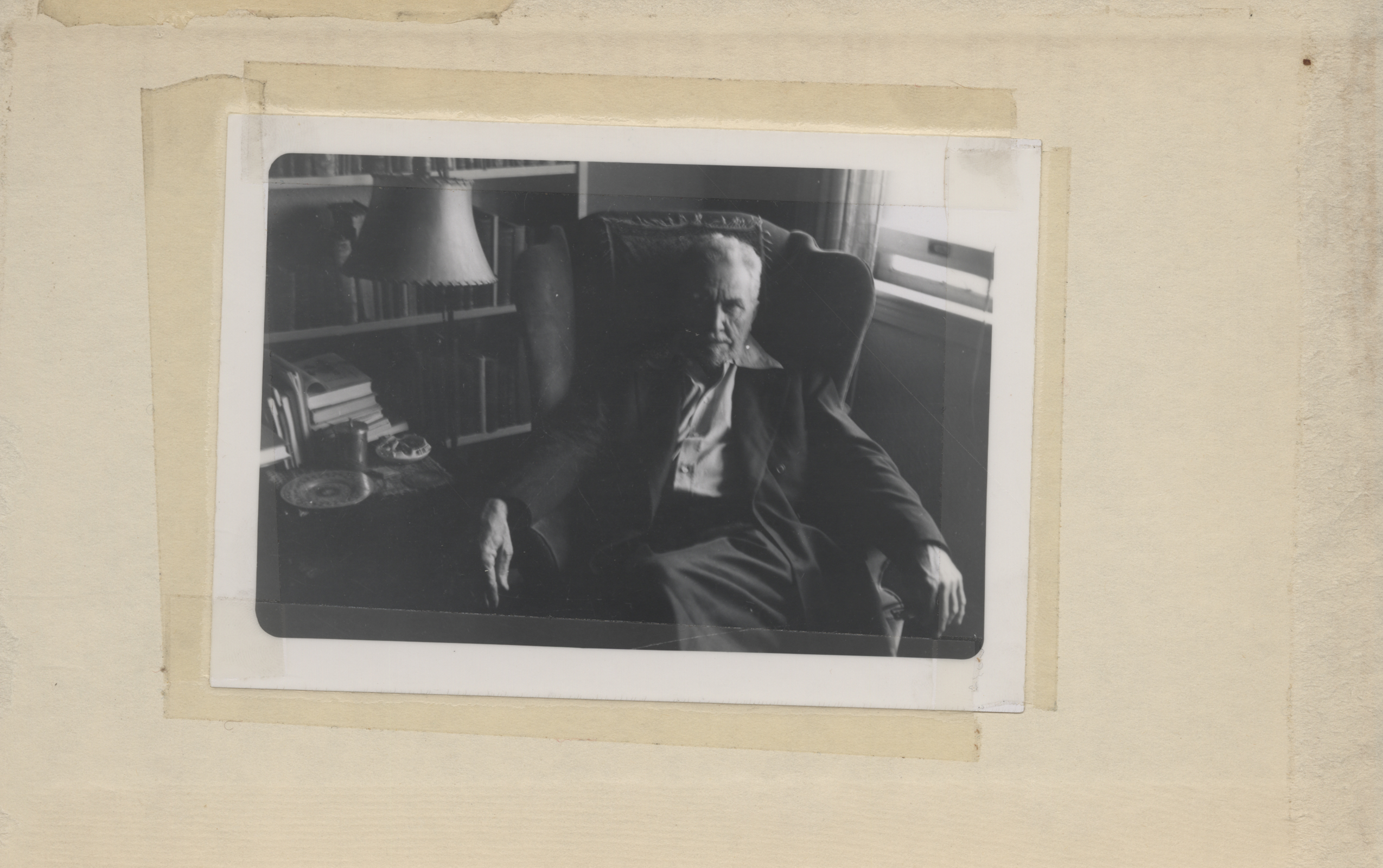 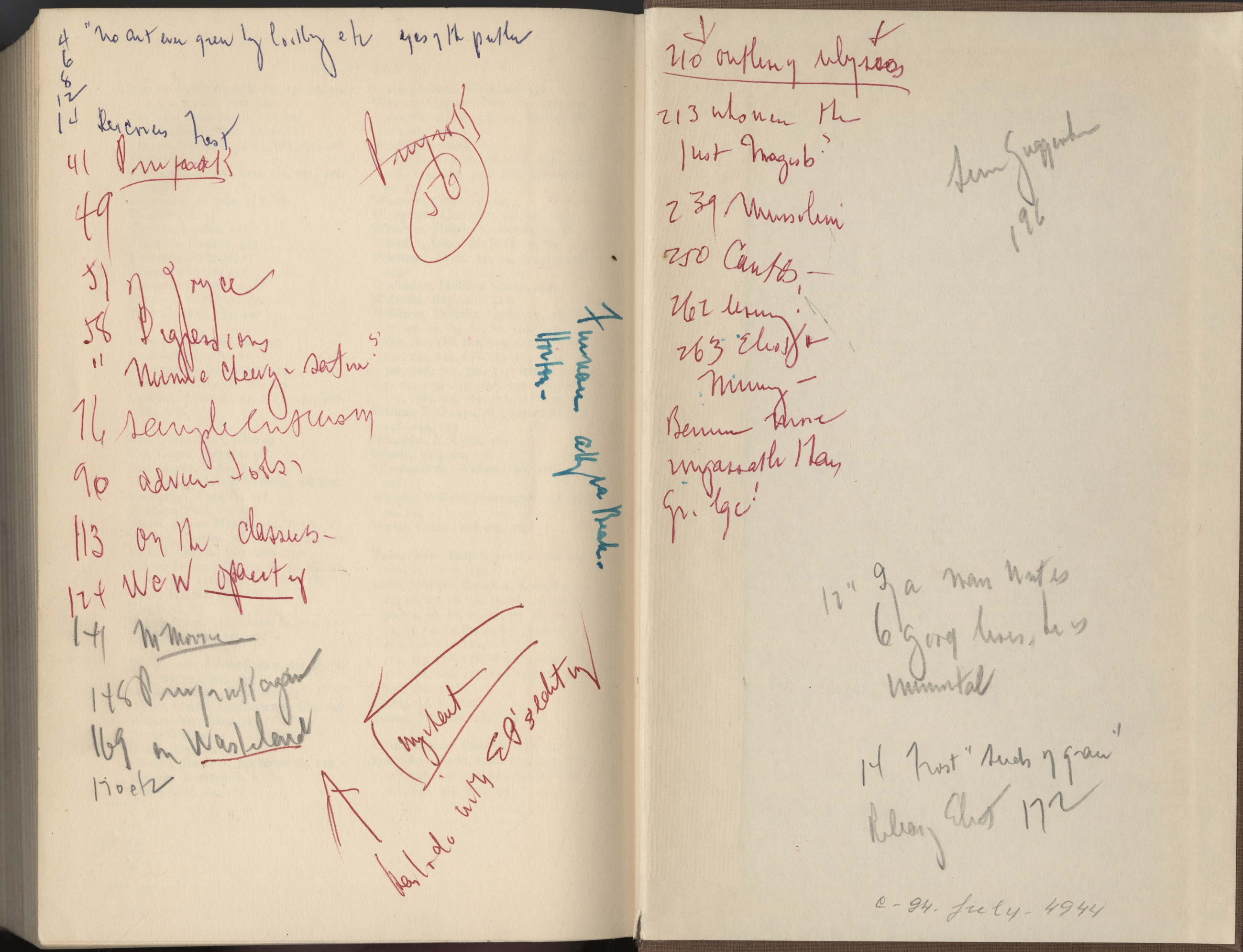 Marginalia written by Harry Meacham on inside of back cover and its reverse of his copy of The Letters of Ezra Pound, 1907-1941 by Ezra Pound, 1950.