RPI/MCV's connection with other colleges and universities

From experience, the Richmond Professional Institute (RPI) and the Medical College of Virginia (MCV) understood the importance of affiliations with other colleges and universities. These connections allowed the university’s predecessors to offer coursework, degree programs, or other education opportunities that they could not do on their own. MCV initially lacked the authority to award baccalaureate degrees, but eventually could offer them to those who had undertaken two or three years of coursework at an accredited college or university. RPI’s status as a professional school limited some of its options to confer basic liberal arts degrees. The two schools also strengthened their instructional programs by providing opportunities to other institutions in need. For over 25 years, RPI administered a five year nursing program with the Stuart Circle Hospital School of Nursing which allowed nursing students the opportunity to earn a bachelor’s degree while pursuing their nursing credentials.

MCV entered into an agreement with West Virginia University and state government officials in Charleston to admit their medical students for their third and fourth year of study at the Richmond school. MCV President William T. Sanger brokered the arrangement that brought West Virginia University students and a subsidy from their home state to Richmond from 1944 until 1962 by which time West Virginia had developed its own four-year medical program. When the West Virginia students completed their studies they were awarded a special diploma bearing the name of both institutions. 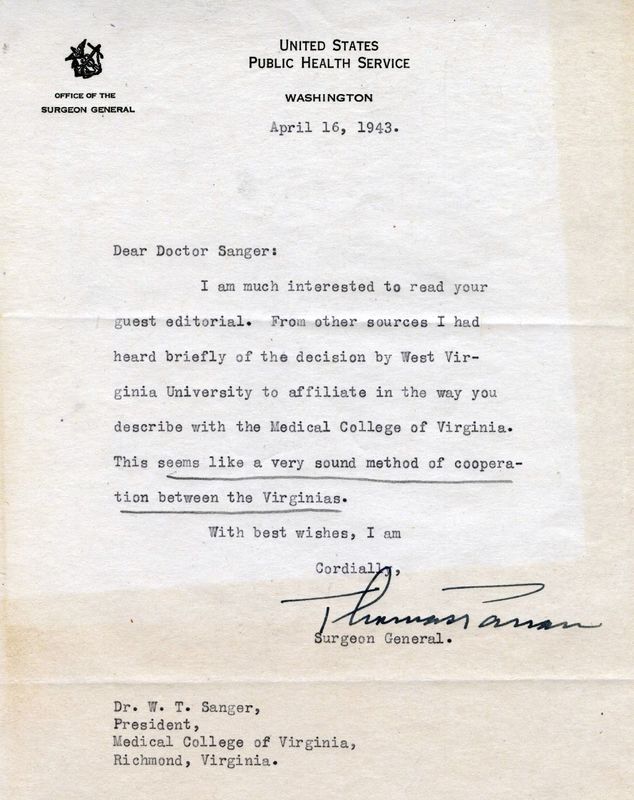 The West Virginia Cooperative received the support of the Surgeon General. 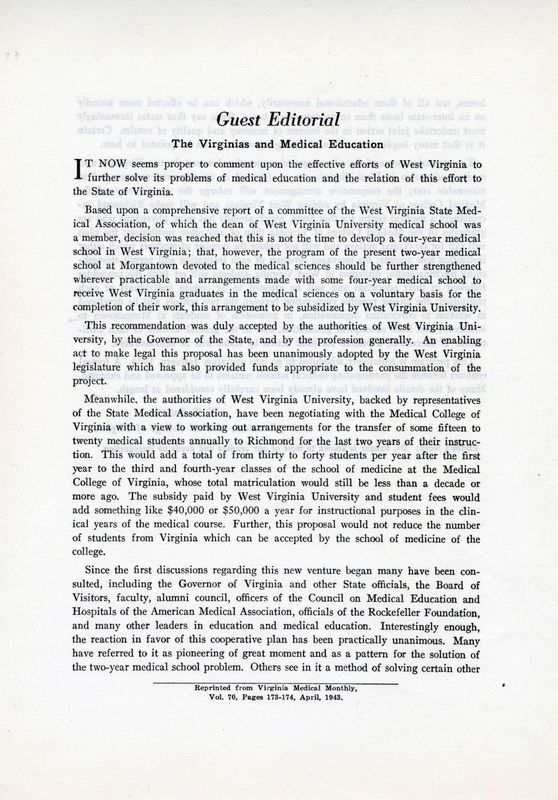 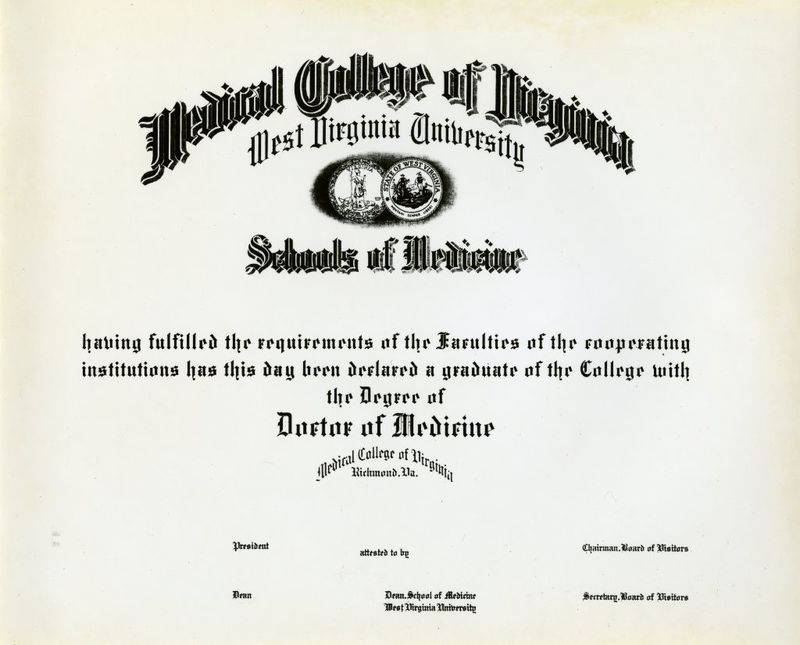 The diploma displays the names of both MCV and West Virginia University.