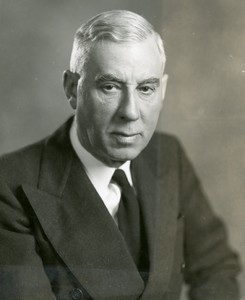 1. Albert Compton Broders (1885-1964). Broaders graduated from the Medical College of Virginia in 1910. Following postgraduate training at Johns Hopkins University under noted pathologist Joseph Colt Bloodgood, he accepted a position in surgical pathology at the Mayo Clinic. In 1920 he published his groundbreaking article, "Squamous-Cell Epithelioma of the Lip: A Study of 537 Cases"  in the Journal of the American Medical Association. Broders outlined a numerical system for grading malignancies from 1 to 4 which is still in use throughout the world today. 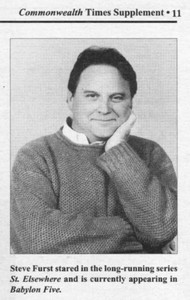 2. Stephen Furst. Furst is both an actor and director. His most famous role was as Kent "Flounder" Dorfman in National Lampoon's Animal House (1978). He also portrayed the character Dr. Elliot Axelrod on the television series St. Elsewhere and in the Babylon 5 television show he played a Centauri diplomatic attaché named Vir Cotto. Furst passed away in June 2017. 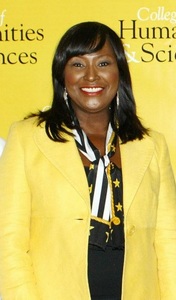 3. Sabrina Squire. Squire, a 1976 graduate, joined the WWBT station in 1981 as a reporter and became an anchor in 1984. The Emmy-winning journalist currently co-anchors "NBC12 News at 5," "NBC12 News at 5:30," "NBC12 News at 6" and "NBC12 News at 11" in addition to writing the weekly segment "Acts of Kindness." Squire has served on the National Association of Black Journalists Board and is an inductee of the Robertson School of Media and Culture’s Virginia Communications Hall Of Fame. 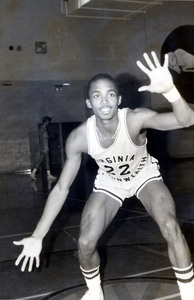 4. Gerald Henderson. Henderson, a Richmond native, played for the Boston Celtics, Seattle Supersonics, New York Knicks, Philadelphia 76ers, Milwaukee Bucks, Houston Rockets, and Detroit Pistons. He averaged 8.9 points and 3.6 assists in 871 games. He is best known for stealing a pass by James Worthy to score a game-tying layup in Game 2 of the 1984 NBA finals. The Celtics went on to win in overtime and to win the championship. Henderson, a 1978 graduate, is an inaugural member of the VCU Athletics Hall of Fame and is a member of the Virginia Sports Hall of Fame. 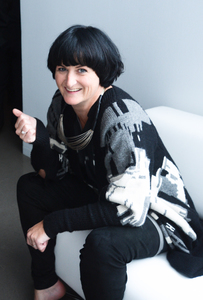 5. Tara Donovan. Donovan, a 1999 graduate, assembles ordinary manufactured materials into sculptures and installations that resemble landscapes, biomorphic structures, and other organic formations. Donovan is a 2008 MacArthur Foundation Fellow and the winner of the 2005 Calder Prize. 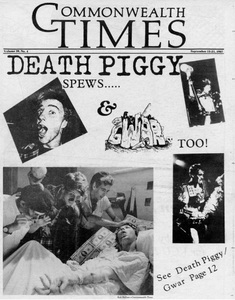 6. Dave Brockie (1963-2014). Brockie graduated in 1986 from VCU with a degree in Painting and Printmaking. Brockie's Oderus Urungus -- a 50 billion-year-old character assembled on the planet Scumdogia -- was the lead vocalist of the band GWAR. 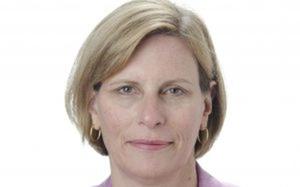 7. Susan Swart. Swart began her career in the Foreign Service in 1989 and held various positions and assignments, including posts in Egypt, Venezuela, and Peru. From 2008-2012, she served as the CIO of the U.S. Department of State. Swart led the delivery of IT services to 280 embassies, consulates, and offices in 185 countries. In 2012 she joined the IMF and in 2015 she was named to head the newly created Information Technology Department. Swarts holds a graduate degree in National Security Strategy from the National War College in addition to her Management Information Systems degree from VCU. 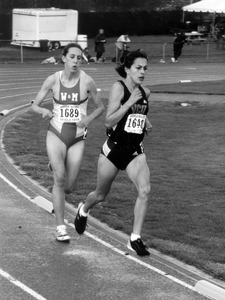 8. María Elena Calle. Calle graduated from VCU in 2001 with an MS in Occupational Therapy. She holds seven school records in track and field and was the CAA Cross Country Athlete of the Year in 1999 and 2000. Calle was inducted into the VCU Athletics Hall of Fame in 2005. She competed in the 2016 Summer Olympic in the marathon and finished 99th among 157 competitors. 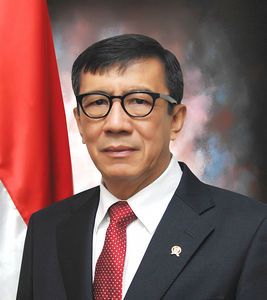 9. Yasonna Laoly. Before being appointed minister in 2014, Laoly served as a representative in the North Sumatra region's legislature from 1999 to 2004 and a member of the Indonesian House of Representatives from 2004 to 2014. While in parliament, he worked on several commissions and held positions of leadership within his party, the Indonesian Democratic Party of Struggle. 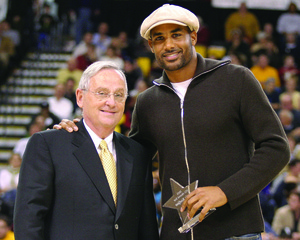 10. Boris Kodjoe. Kodjoe attended VCU on a tennis scholarship. His 75 career singles wins places him ninth in school history, and 66 wins in doubles has him tied for third. After graduating, Kodjoe became a fashion model, and later turned to acting. He has appeared in Love and Basketball, Madea's Family Reunion, and is a series regular on Real Husbands of Hollywood, Franklin & Bash, and a recurring role on The Last Man on Earth. 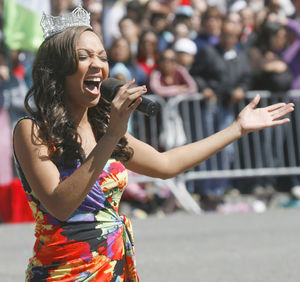 11. Caressa Cameron. Cameron was the first African American Miss Virginia to be crowned Miss America. Her platform was Real Talk: AIDS in America. For her work Cameron received the President's Volunteer Service Award and a Congressional Honor. 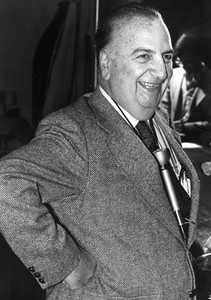 12. Baruj Benacerraf (1920-2011). After graduating from MCV, Baruj Benacerraf found his interests lay more in research and laboratory work than in practice, and enjoyed a long career in studying allergen and immune response. He earned the Nobel Prize in 1980 for his work in describing the major histocompatibility complex, a series of genes that determine immune response to certain antigens. This work has been crucial in developing therapies for autoimmune diseases. 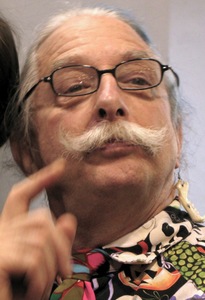 13. Hunter "Patch" Adams. Adams founded the Gesundheit! Institute with his wife Linda in 1971.  Their approach to medicine is that environment has a strong connection to one's health. The Gesundheit! Institute integrates traditional medical practice with alternative medicine. His story was the basis of the 1998 movie Patch Adams which starred the late Robin Williams. 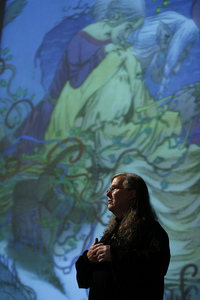 14. Charles Vess. Vess is an award winning 1974 graduate of the School of the Arts with a BFA in painting and printmaking. He painted the cover art for the first issue of Web of Spider-Man in 1985. He found a steady stream of work in the world of fantasy comic art by the 1990s, but it is his collaborations with the writer Neil Gaiman for which he is best known. Vess illustrated one the first four episodes in The Books of Magic mini-series and he also worked on Sandman #19, a meta-fictional adaptation of the Shakespeare play “A Midsummer Night’s Dream.” The issue won a World Fantasy Award for Best Short Story, the only comic book ever to hold that honor, and subsequently caused the organizers to amend the rules to exclude comics from the category. Vess also created 175 paintings for Gaiman’s novella Stardust. He continues to create cover art and illustrate books for numerous fantasy writers, including an illustrated two volume set of A Storm of Swords by George R.R. Martin.

15. Brandon Inge. While at VCU, Inge had a batting average of .330, playing at shortstop and as a relief pitcher. After being drafted in 1998, he played 12 seasons with the Detroit Tigers, one season with the Oakland Athletics, and one season with the Pittsburgh Pirates. In the majors, he played as a catcher and third baseman. An impressive performance in 2006 won Inge the ESPN defensive play of the year for a third baseman. He was inducted into the VCU Athletics Hall of Fame in 2004. 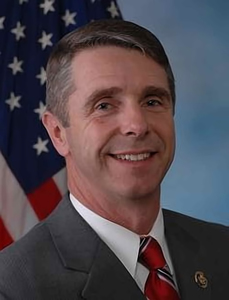 16. Rob Wittman. Wittman earned his PhD in Public Policy & Administration in 2002. He's served as the Representative to Virginia's 1st district since 2007. Prior to that Wittman served in the Virginia House of Delegates. He's been involved in politics since 1986. 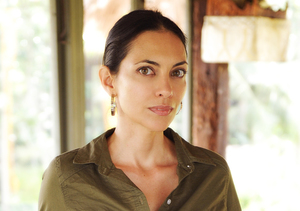 17. Teresita Fernández. Fernández is internationally known for installations that examine natural phenomena, perception, and the experience of consciousness. She is a 2003 Guggenheim Fellow and 2005 MacArthur Foundation Fellow. Fernández is a 1992 graduate of the School of the Arts. 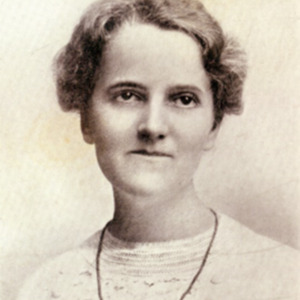 18. Nannie Minor. In the same year she graduated, Minor and her classmates established the Nurses’ Settlement of Richmond, an organization of visiting nurses who provided health education and direct care to the city’s impoverished population. Following an impassioned speech Minor delivered to the Richmond Woman’s Club, the Instructive Visiting Nurse Association (IVNA) was created with the help of some of the city's benevolent ladies in 1902 and merged with the Settlement later that year. The INVA went on to greatly influence the development of public health and social work policy and practice in Richmond. Minor also made significant contributions to the nursing profession in Virginia. In 1903, she was appointed as a member of the first Virginia State Board of Examiners of Nurses, a group charged with registering nurses, administering certification exams, and setting nursing educational standards throughout the state. 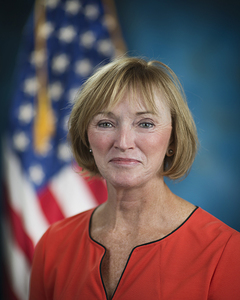 19. Marilyn Tavenner. Tavenner, a double alumna, spent much of her early career at the Hospital Corporation of America. Beginning as a nurse in 1981, Tavenner later assumed top senior leadership positions before resigning in 2005. From 2006 to 2011, she served as Secretary of Health and Human Resources for the Commonwealth. Tavenner holds a BS in nursing and a Masters in Health Administration from VCU. 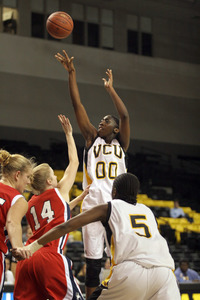 20. Quanitra Hollingsworth. Hollingsworth skipped two grades and began high school at age 11. She entered VCU at age 15 and redshirted her 1st year so she could adjust to college life She helped lead the VCU Women's basketball team to their first NCAA Tournament appearance in 2009. She graduated from VCU in December 2008 with a BS in Mathematical Sciences/Operations Research and began pursuing her MS in Computer Science in 2009. That same year Hollingsworth was a first round pick for the Minnesota Lynx. She became a Turkish citizen in order to be eligible to play basketball for the Turkey national women's basketball team. Hollingsworth currently plays for the Seattle Storm. 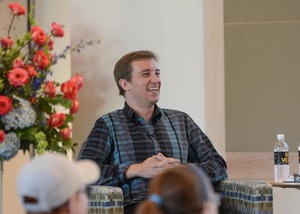 21. Reilly Brown. Brown graduated from VCU in 2003 with a BFA in Communication Arts. He is best known as a comic book artist and illustrator, doing work for Marvel Comics, DC Comics, Dark Horse Comics, Archie, and Tantor Media. Brown is a pioneer in the field of digital comics with his work Power Play. He is member of the Comics Experience Creators Workshop and a founding member of Ten Ton Studios and Hypothetical Island Studios. 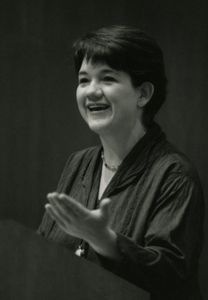 22. Sheri Reynolds. Reynolds' other novels include Bitterroot Landing (1994), A Gracious Plenty (1997), Firefly Cloak (2006), The Sweet In-Between (2008), and The Homespun Wisdom of Myrtle T. Cribb (2012). She is currently an associate professor and the Ruth and Perry Morgan Chair of Southern Literature at Old Dominion University. Reynolds graduated in 1992 with an MFA in Creative Writing. 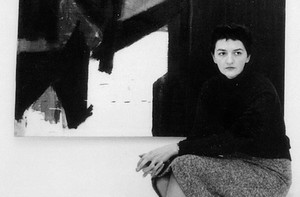 23. Judith Godwin. Godwin has been a prolific painter all her life but is unknown compared to male contemporaries Jackson Pollock, Willem de Kooning, and Mark Rothko. A 2016 exhibition organized by the Denver Museum of Art, Women of Abstract Expressionism, has generated a surge of interest in her work and is challenging the art historical canon. Godwin's work is held by the Virginia Museum of Fine Arts, the Museum of Modern Art, the Metropolitan Museum of Art, among others. Godwin graduated from Richmond Professional Institute in 1952. 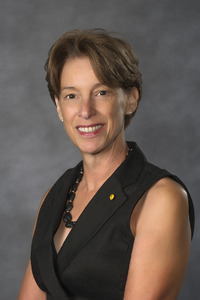 24. Nancy C. Everett. Everett earned her bachelor’s degree in accounting in 1978. She has served as the chairperson and CEO of General Motors Asset Management Corp, the chief investment officer for the Virginia Retirement System, and managing director of BlackRock Financial Services. Everett is also a founding trustee of the School of Business Foundation at VCU.