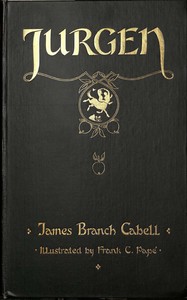 Jurgen: A Comedy of Justice 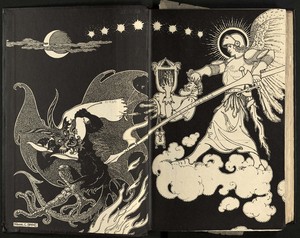 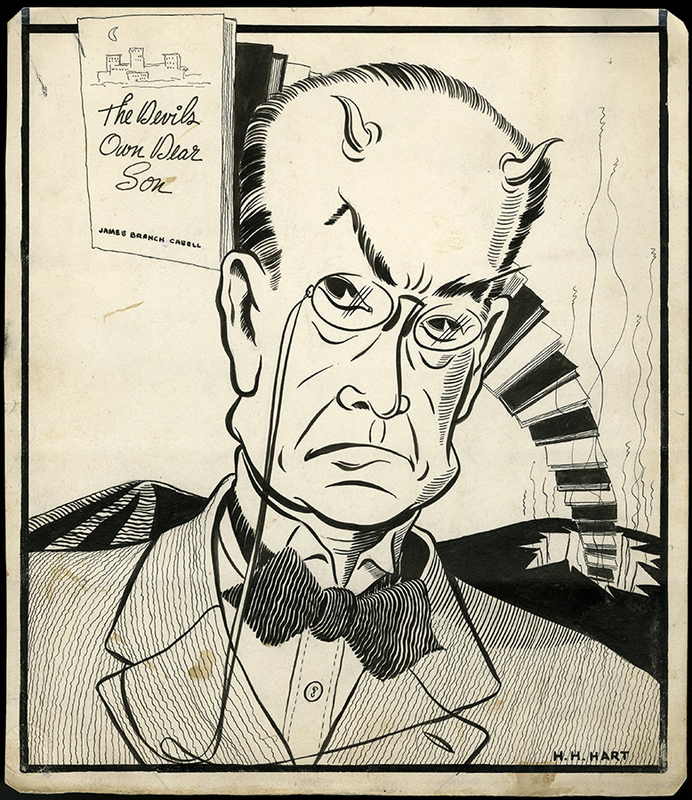 James Branch Cabell's best-known and most controversial book was the comic fantasy Jurgen (1919). Jurgen is one of several novels Cabell authored that is set in the mythical French province of Poictesme (Pwa-tem). Filled with double entendre, and satirical humor, Jurgen was considered indecent by some. The New York Society for the Suppression of Vice attempted to bring a prosecution for obscenity and the resulting two-year long case brought Cabell national fame. Cabell's satirical jabs and love of clever wordplay and double-entendre earned him respect from his literary peers even as his writing angered the Society for the Suppression of Vice.

This caricature by Holland H. Hart appeared the Sunday editorial section of the Richmond Times-Dispatch circa 1949. 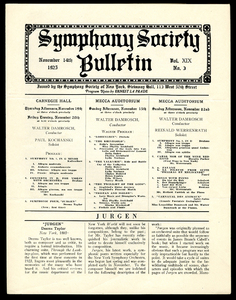 In 1925, conductor Walter Damrosch commissioned Deems Taylor, the American composer and music critic, to compose a piece for the New York Symphony. Taylor had been working on the idea of translating Cabell's Jurgen into music and so wrote to Cabell to ask for his permission. Cabell had no objection, so Taylor began to work on what became a a one movement symphonic poem. The piece debuted on November 19 1925 at an afternoon performance.

Both the Chicago and San Francisco Symphonies performed Taylor's piece in 1928, and the following year, modern dance pioneers, Ted Shawn and his wife Ruth St. Denis presented a dance version of Jurgen for which Taylor provided a two-piano arrangement. Shawn describes the works reception in a letter to Cabell shown below.

Ted Shawn and James Branch Cabell maintained a friendship and correspondence for over 20 years. A number of Shawn's letters may be found in the Margaret Freeman Cabell papers (M 228).  To learn more about Deems Taylor's original composition, see James A. Pegolotti's Deems Taylor: a Biography. 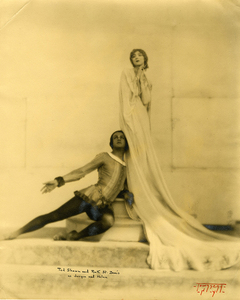 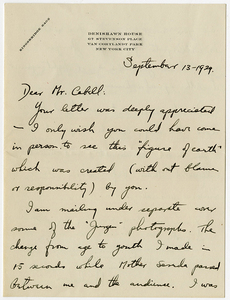 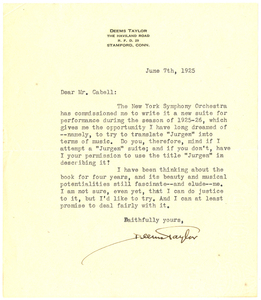 to translate Jurgen into music 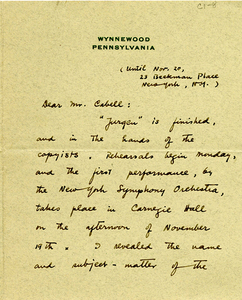 upon completion of "Jurgen"