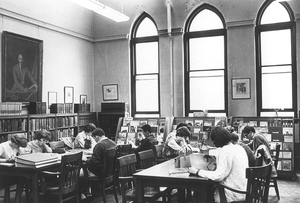 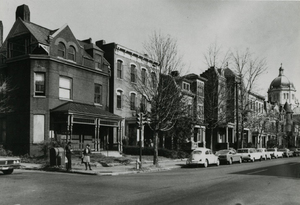 In 1930 the Richmond Public Library, which had been housed in the former residence of Major Lewis Ginter (901 West Franklin Street), moved to a new location and the school that would one day becoome VCU acquired the building. Col. A.A. Anderson, a noted painter from New York, gave money to the school to convert the stable of the Ginter Mansion into an art gallery. The building served a dual role as gallery and library until the gallery closed around 1940. The library continued to grow in size and stature, until in 1953, when the Richmond Professional Institute received full accreditation, the library contained 31,108 volumes.