Richmond author James Branch Cabell is most known for his controversial Jurgen (1919), one of several satirical fantasies he authored set in the mythical French province of Poictesme (Pwa-tem). Filled with double entendre, and satirical humor, Jurgen was considered indecent by some. The New York Society for the Suppression of Vice attempted to bring a prosecution for obscenity and the two year long case brought Cabell national fame.

Throughout the 1920s, Cabell was highly regarded by his literary peer. H.L.Mencken, Sinclair Lewis and others praised his works. His medieval romanticism and fantasy were in fact thinly disguised commentary on the social norms of his times.

As the 1930s approached and the realism of writers like Ernest Heminway and John Steinbeck came into vogue, Cabell's writing voice fell out of favor with the reading public. His escapist themes, a perfect fit for the culture of the Roaring '20s, did not enthrall readers living harsh realities of the Great Depression and the New Deal. The literary critic Alfred Kazin wrote that "Cabell and Hitler did not inhabit the same universe." Cabell continued to write and publish. By the end of his life he had authored some 52 volumes of work.

Today some recognize James Branch Cabell as one of the first contemporary writers from the South. Like his friend and fellow RIchmond writer Ellen Glasgow (1873-1945), Cabell satirized what he saw as the South's contradictions. Others, noting Cabell's unique blending of classical myths and legends with his own imagination, consider him a pioneer of fantasy writing. His work has been admired by a diverse group of writers including Carl Van Vechten, Margaret Mitchell, Edmund Wilson, Robert Heinlein, James Blish, and Neil Gaiman. 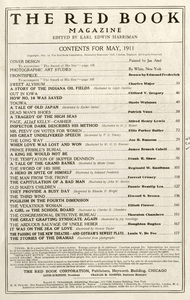 Table of Contents with 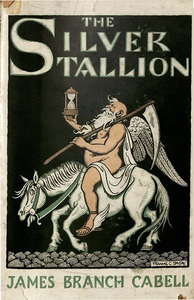 The Silver Stallion; a Comedy of Redemption 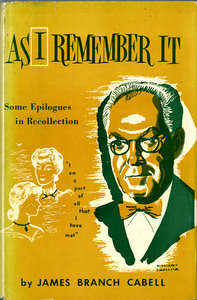 As I Remember It: Some Epilogues in Recollection