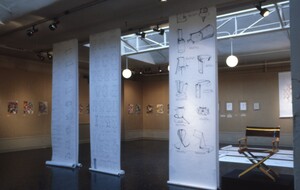 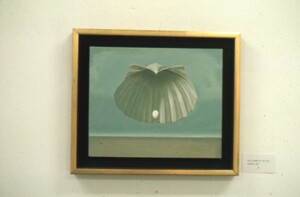 Koplin’s first task was converting the space from a library into a place for exhibitions. With the help of students and a few staff, all the books were moved, the shelving dismantled, and the walls painted a bright white. The first exhibition held in the newly opened Gallery was titled VCU Student Exhibitions: painting, drawing, printmaking, crafts, sculpture, while the second was Five Washington Sculptors. These two exhibitions set the stage for the future of the Anderson Gallery as a space that featured student work alongside that of professional artists.

The 1970s was a period of initiation and identity formation for the Gallery. Those first ten years established it’s focus on contemporary art as new professors for the expanding School of the Arts brought the latest theories and trends with them from around the country. This decade also witnessed the first exhibition of Black Art by students, and a solo show for a Black female artist in 1972, as well as the first all female group show in Richmond in 1973. The shows were titled Black Art (students), Sister Gertrude Morgan: Paintings, and Sixteen Women Artists: Richmond.

Fun Fact: In 1976, a Richard Carlyon painting was replaced with a forgery only to be found later in the Gallery’s storage room, causing increased security measures to be put into place for future exhibitions.