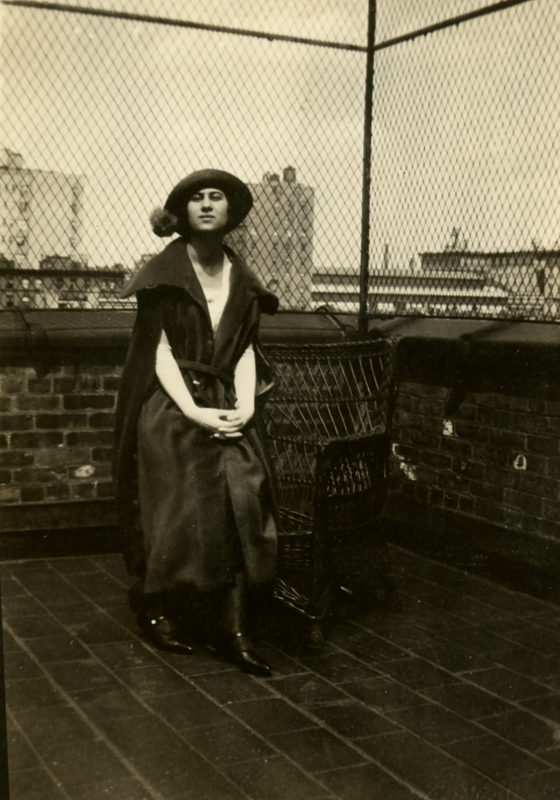 Theresa Pollak on the rooftop of the Studio Club of New York in the 1920s. 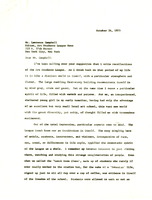 Pollak's recollection of her experiences at the Art Students League of New York. The final version of this essay was published in the League's Hundredth Anniversary Catalog in 1975. 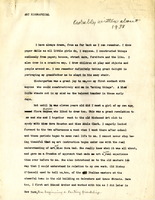 Pollak's "Art Biographical," in which she discusses the trajectory of her art education and the development of the art scene in Richmond, Virginia. Written ca. 1938.

Pollak finally traveled north to join the Art Students League of New York during her summer break from college in 1920. With the added support of Mrs. Constance Gay Morenus—an instructor at Westhampton College with ties to the Southern Women’s Educational Alliance—the art that Pollak produced that summer earned her a scholarship to return to the League the following year to study art full-time. Interrupted only by summer employment in Richmond and a serious illness in 1924, Pollak studied art in New York from 1921 until 1926.

At right, an autobiographical essay, written ca. 1938, and a letter sent to Lawrence Campbell (Editor of the Art Students League’s newsletter) in 1973 recount some of Pollak’s memories of her time in New York City—a place she welcomed as a “vast new world” full of excitement and vitality. The Art Students League, in particular, was a source of tremendous growth for her. There, her instructors ranged from more conservative traditionalists (such as Kenneth Hayes Miller and George Bridgman) to progressive modernists (such as Allen Tucker and Max Weber). Consequently, Pollak received a thorough art education that incorporated both technical precision and radical experimentation.

Thanks to Pollak’s dedicated professors, encouraging peers, and her own perseverance, these crucial years at the Art Students League of New York gave her the challenges and experience she needed to return to Richmond a confident, professional artist.