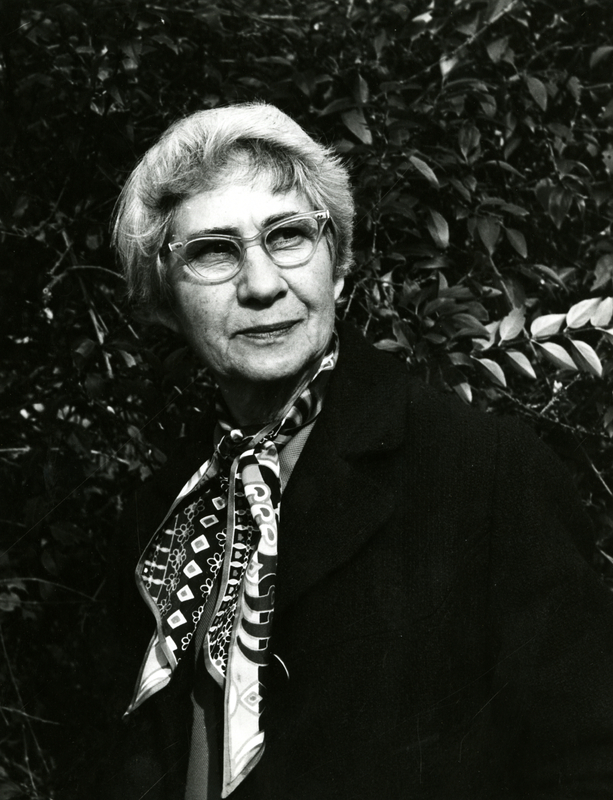 An undated photograph of Theresa Pollak in the backyard of her home at 3912 Stuart Avenue, Richmond. Photograph taken by Jack Wright.

A native of Richmond, Virginia, Theresa Pollak (1899-2002) was a nationally recognized painter whose art has been exhibited in such renowned institutions as the Whitney Museum of American Art in New York, the Museum of Fine Art in Boston, and the Corcoran Gallery in Washington, D.C. More importantly, she is credited with introducing modern art to Richmond. After studying at the Art Students League of New York in the early 1920s, Pollak returned to her hometown and successfully persuaded a reluctant Richmond audience to accept more up-to-date cultural trends. One of the most significant means by which she expanded the city's artistic horizons was through building the foundation of what is now Virginia Commonwealth University’s School of the Arts, where she taught between 1928 and 1969. Pollak also founded the art program at her alma mater, the University of Richmond, in the 1930s. Her forty-one-year teaching career across two universities impacted many generations of Virginian artists.

Miss Pollak died at the age of 103 on September 18th, 2002, but her numerous accomplishments continue to enrich the arts and culture of Richmond, Virginia.