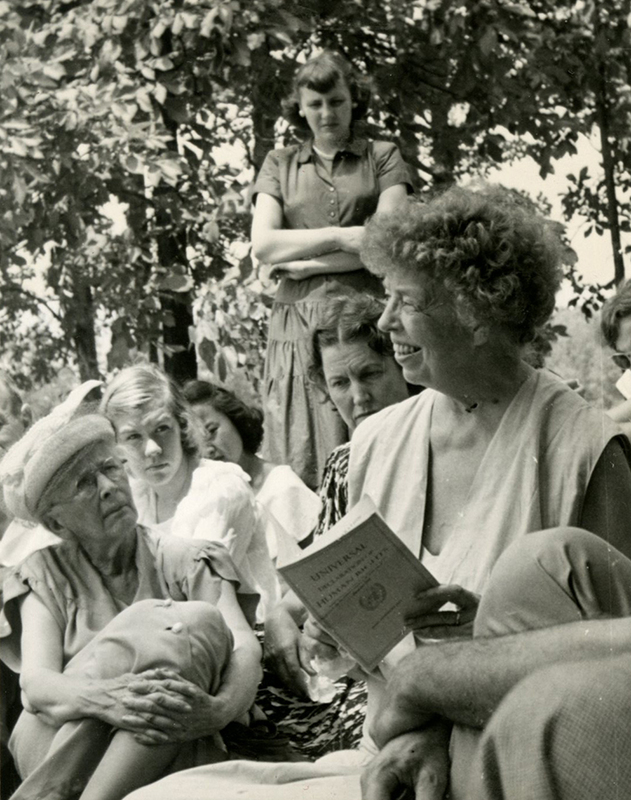 Eleanor Roosevelt, a long-time member of the board of the Society for Ethical Culture, was an early supporter of the Encampment and in its first years routinely invited the program to workshops at Hyde Park. She defended the EFC when it came under attack in the early 1950s from McCarthyites and from the American Legion.

"...a new and stimulating experience. I have seen the young people every year at this Encampment. They really learn a great deal about democratic citizenship, its meaning and the possibility of living in a democratic way with other young citizens." 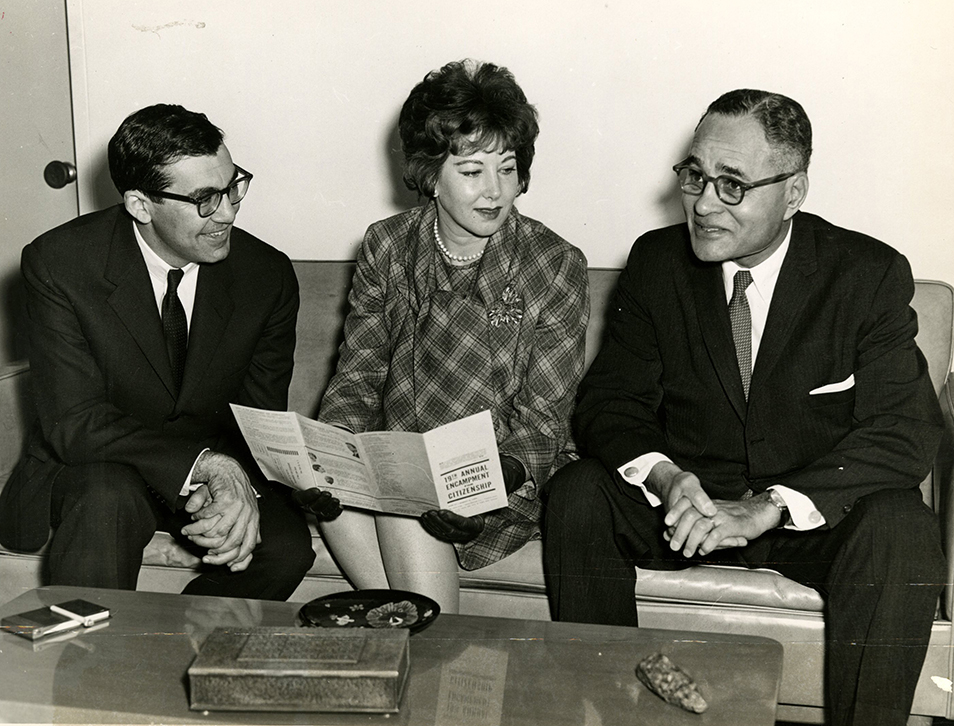 Mr. Haddad had been Associate Director of the
Peace Corps, but at the time of this photograph was running for Congress in the 19th District. Dr. Bunche was Undersecretary for Special Political Affairs, United Nations and 1950 laureate of the Nobel Peace Prize. The three met to plan an EFC fundraising event. 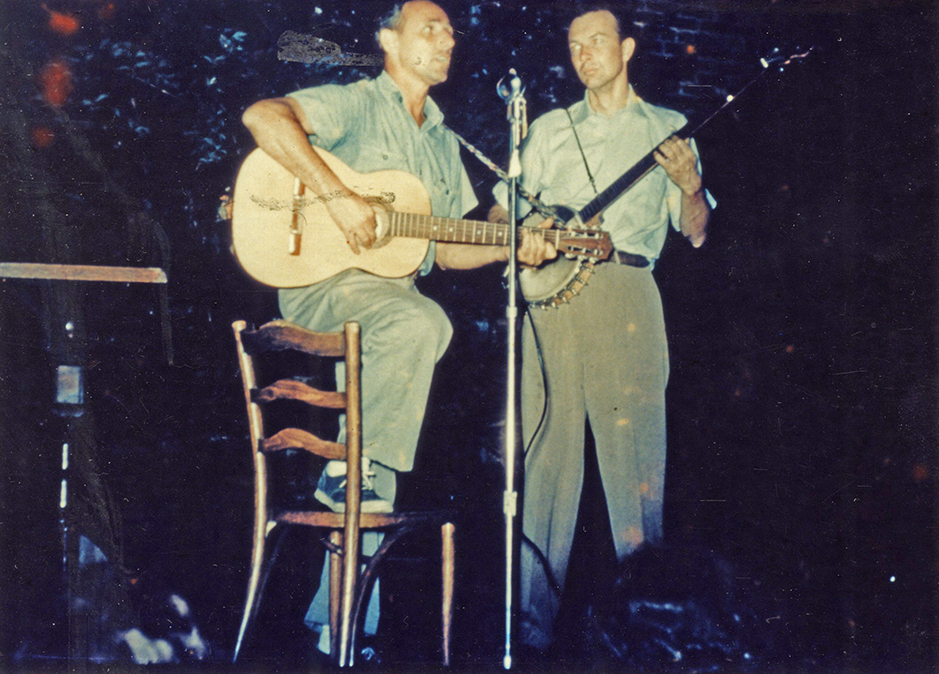 Pete Seeger and an unknown guitar player perform for Encampers in New York.
In 1978, Peter Seeger was a member of the EFC Board of Sponsors.
Seeger also participated in the memorial service of Alice K. Pollitzer, co-founder of the EFC.