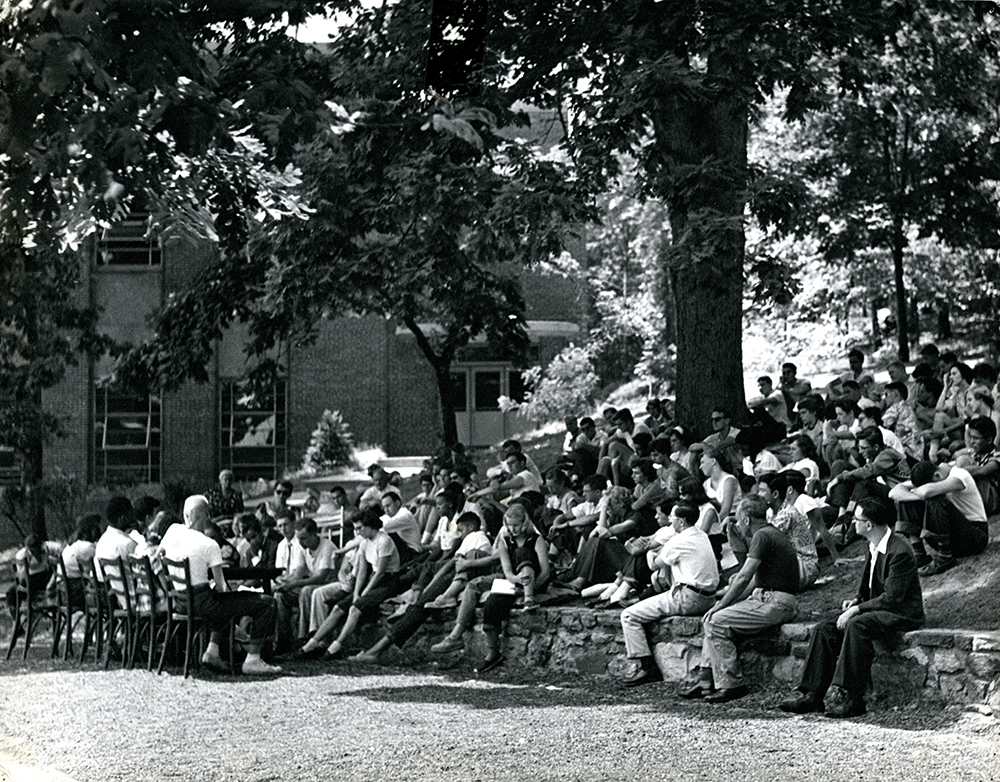 In 1946, Algernon Black, Alice K. Pollitzer, and members of the American Ethical Union began an experiment in democratic living. Inspired in part by the Civilian Conservation Corps and other work camps (including the Work Camp for Democracy and Work Camps for America), the Encampment for Citizenship was a non-profit, non-partisan, non-sectarian summer residential camp. The student body would be racially, geographically, and economically diverse. The educational program would be both intellectual and experiential.

The Encampment was founded on principles that had long been held and practiced by the AEU: a firm belief in the value and efficacy of education and the notion that one's principles must be manifest in action. Education was seen as the first step toward solving many of the world's most difficult problems.

In his book The Young Citizens: The Story of the Encampment for Citizenship, Algernon Black describes three other assumptions that supported the EFC: democracy, citizenship, youth.

A profoundly idealistic project, the Encampment was built around the ideas that:

Encampment programs have been held at sites across the United States and Puerto Rico. Program sites and societal changes influenced the focus of these Encampments which have ranged from war and foreign policy to conservation and environmental issues to urban social issues.

In 1997, the EFC began a 16-year hiatus which ended in 2013 with a two-week pilot program in Richmond, VA, followed by a successful three-week program in Chicago, IL in 2014. Encampment programs continue to promote the development of individual and collective voices within a diverse society. In 2016, the organization celebrates 70 years of dedication to the betterment of America and the promise of youth.