The Jesus Movement arose in the 1960s and early 1970s at the intersection of hippie counterculture and Christianity. Largely evangelical and expressing a belief in miracles and signs, "Jesus people" formed religious communities outside traditional denominations. Though the movement was short-lived, its influence continues, especially in the multi-million dollar Contemporary Christian Music industry.

These pamphlets were created by Robert Forester during his time in San Clemente, California. Forester would later found the God's Army Biblical Seminary in Kerman, California. 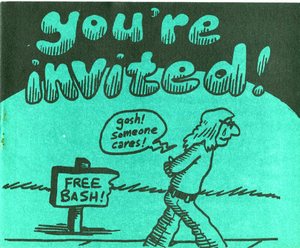 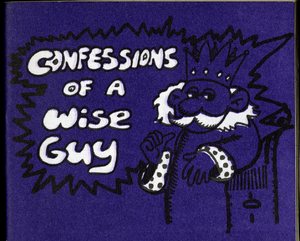 Confessions of a Wise Guy 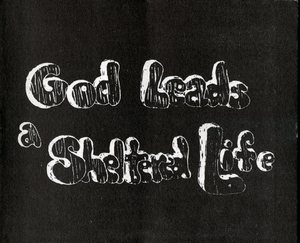 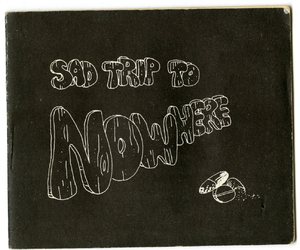 Perhaps the most famous of all the "Chick tracts," This Was Your Life is available in over one hundred languages. Published by Jack T. Chick, Chick tracts are typically sensational and filled with stereotypes. They describe a world clearly separated into good and evil, with evil being represented by groups and viewpoints such as drug users, Catholics, homosexuals, Wiccans, Hindus, and Muslims. The Southern Poverty Law Center has designated Chick Publications as an active hate group. 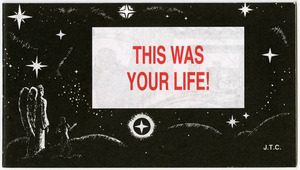 This Was Your Life! 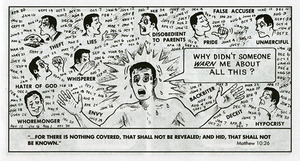 This Was Your Life! (detail)

Though sometimes identified as satire or parody, Jesus Delivers is a fairly measured response to the hellfire and damnation often found in Chick tracts. The comic mimics the look of a tract such as Chick's Tiny Shoes, but its tone is more gently humorous. 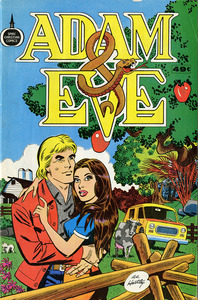 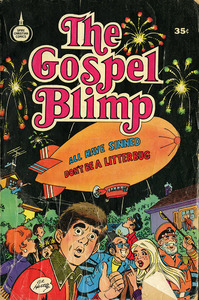 Rick Griffin, known for his psychedelic posters, Grateful Dead album covers, and contributions to the underground comix movement, became a born-again Christian in 1970. A regular contributor to Zap Comix, Griffin published this piece after his conversion. The four page comic's only text is taken from the Gospel of John. 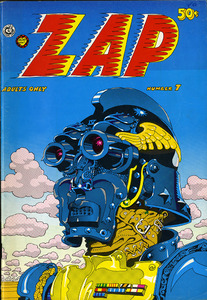 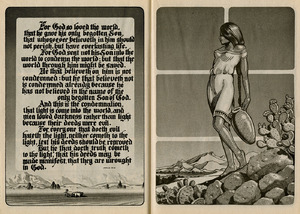 "For God So Loved the World," Rick Griffin