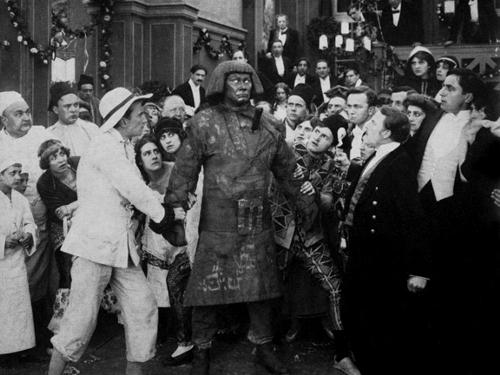 Just as a nation recounts the stories of its heroes, religious traditions speak of saints and prophets who stand as examples of the faithful life. These stories may come from sacred texts, from received tradition, or even from recent history and the news. They may adhere strictly to transmitted wisdom, or a writer may rework traditional tales into modern fiction, giving the new story weight and suggesting an interpretation.

The galleries in this section are filled with sages, prophets and protectors. Buddha is Osamu Tezuka's own interpretation of the life of Siddhartha Gautama, the founder of Buddhism. The eight-volume work tells the story of prince Siddhartha's spiritual journey as he becomes Gautama Buddha, "The Enlightened One." Tezuka's work is often cited for its unique use of humor and the way the story balances high philosophical ideas and irreverant actions and dialogue. Buddha received the 2004 and 2005 Eisner Award.

In 1980, United Press International announced that the "13th century superhero, St. Francis of Assisi, has finally made the comic books" in time for the 800th anniversary of his birth. Jame E. Galton, president of the Marvel Comics Group, said that St. Francis life "was packed with elements conducive to an exciting, fast-paced comic book--drama, suspense, action." Following the success of Francis, Brother of the Universe, John Tartaglione created two biographies for Marvel Comics, The Life of Pope John Paul II and Mother Teresa of Calcutta

One character from Jewish tradition appears frequently in comic books. The Golem, while not a superhero, is a protector of the Jewish community. A figure from folklore, the Golem is said to have been created from clay (just as Adam was created) and brought to life to save the community from anti-semitic attacks. A golem lives, but is not human, and his life continues as long as the Holy Name is embedded in his forehead. In some versions of the story the Golem's violent nature escapes control, and he becomes a rampaging monster. Many representations of the golem story (including one segment on The Simpson's) draw from the imagery of German silent films starring Paul Wegener as the Golem (pictured above). Benjamin Jacob Grimm, (The Thing from Fantastic Four) was created by Stan Lee and Jack Kirby, both of whom were Jewish. The character’s Jewish identity, however, remained unspoken until Fantastic Four no.56 (vol. 3) 2002 when he recites the Sh’ma over an elderly man he believes to be dying. Later in the story, The Thing is explicitly compared to the Golem, not as a monster, however, but as a protector.