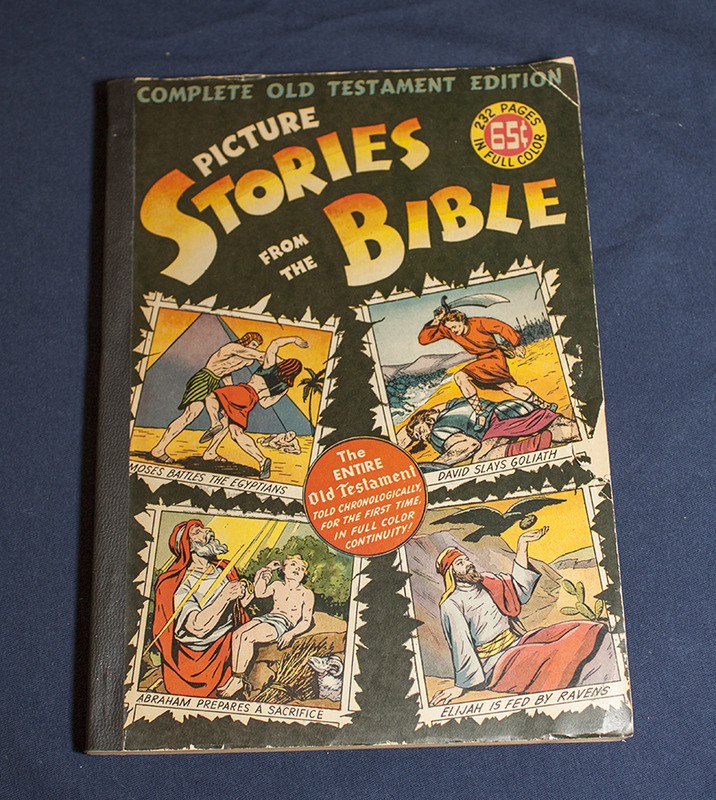 If faith and culture are to survive, they must be shared through outreach and education. Missionary work, whether foreign or domestic, looks for inexpensive publications that will do their work before being discarded. Religious tracts have been distributed for centuries, but titles such as "The Four Spiritual Laws" (Campus Crusade for Christ) and "This Was Your Life" (Jack T. Chick publications) became especially popular during the 1970s. “This Was Your Life” was the first of many tracts published by Jack Chick. Daniel Raeburn notes that the aggressive Chick tracts belong to the category of underground comix with their wild depictions of drug use, and bear a similarity to palm-sized pornographic Tijuana Bibles.

Among those who are already believers, comics and pop-up books have often been seen as the proverbial spoonful of sugar, enticing and effective ways to inculcate young people with religious and moral ideals. Al Hartley created numerous comics with unambiguous Christian content, including modern versions of Bible stories such as Adam & Eve and Paul: Close Encounter of a Real Kind! Concerned that Indian children did not know their own culture, Anant Pai, known affectionately as “Uncle Pai,” was inspired in 1967 to create a now-famous series of educational comic books based on India epics. His Amar Chitra Katha (Immortal Picture Tales) number over 400 titles with sales of over 1.5 million copies per year.

The pages that follow include images and information about publications from the 1970s and galleries of materials created to instruct and entertain.