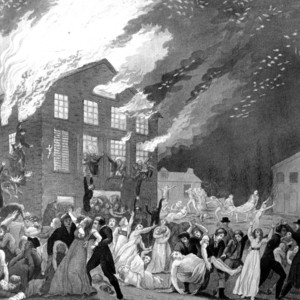 Fire at the Richmond Theater. 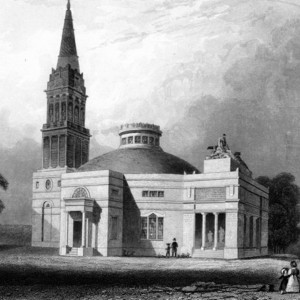 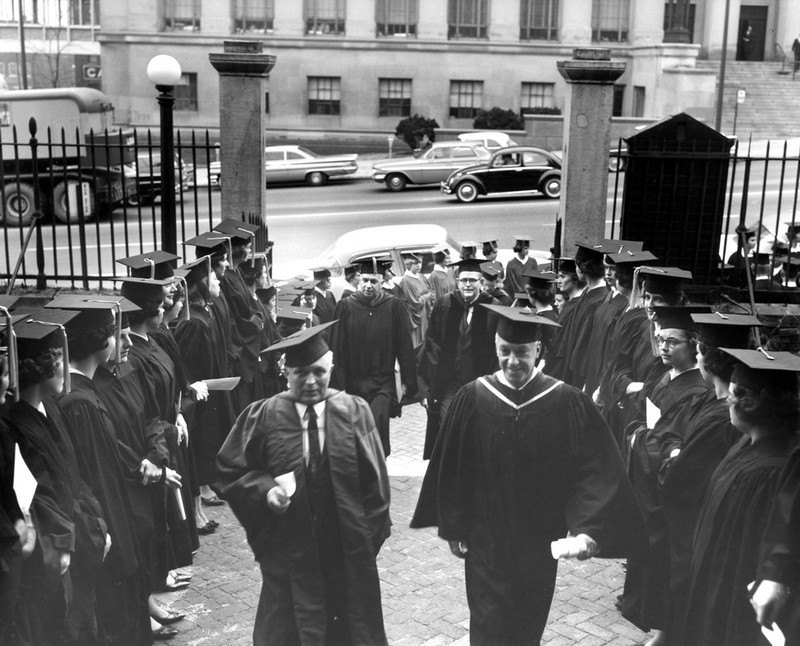 Class of 1963 outside Monumental Church.

Academy Square served as home to several theaters in the first decade of the 19th century, including the Richmond Theatre. On the evening of Dec. 26, 1811, a fire broke out during a performance claiming the lives of seventy-two people. Within a month of the tragedy, Richmond organized a committee under the leadership of Cheif Justice John Marshall to raise funds for a memorial, which resulted in the construction of Monumental Church designed by Robert Mills. The church has hosted many programs and activities including the inauguration of Robert Blackwell Smith Jr., Ph.D., as the forth and final president of the Medical College of Virginia.