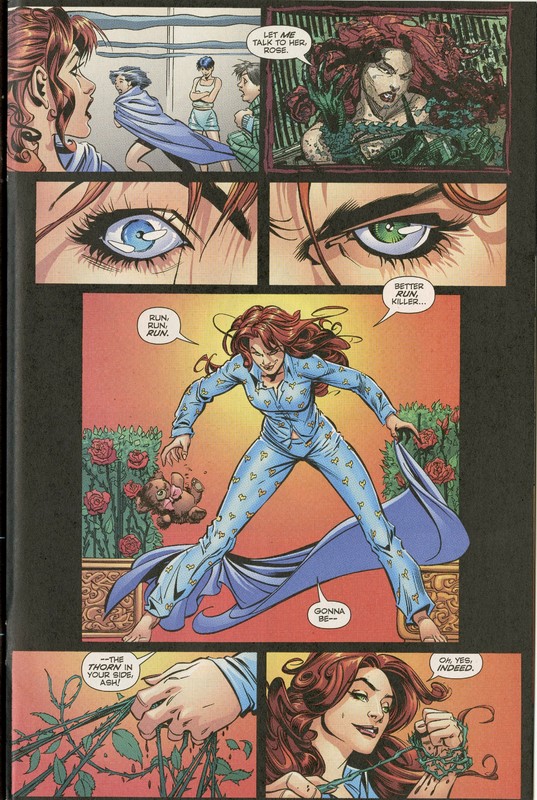 Are your leaves green, or will they be red? Does the hero don black boots or are they purple? Color has always played an important role in the arts, and comics are no exception. A well placed dot of red against a dark background can draw the reader’s attention just as quickly as a text balloon. Subtle shading of one color can enforce the illusion of depth, and the blending of another could create texture. Color is used to add visual interest, highlight story elements, and to support character identities.

Color theories have been ongoing for centuries, and there are many books out there for those who wish to delve deeper into the aesthetic or optical science of the topic. At a more basic level, there are some terms that come up frequently in discussions of color that are important to know such as pigment, saturation, tint, shade and value. Pigments are the coloring material that can be used to apply color to other things. For example, paints and inks are made from suspending pigments in a type of liquid. Saturation describes how vivid the color created by a pigment is. Tints are pure colors mixed with white, and shades are pure colors mixed with black. Finally, value is the relative lightness or darkness of a color. To put it in other words, value is like a sliding scale that describes the ratio of pigment to black or white in a shade or tint.

Value is a particularly useful tool in the creation of perspective within a work. Perspective is the illusion of space, the subtle alterations of a drawing towards a particular point that makes the two dimensional space of the picture plane appear “real” or three dimensional. Though it can be achieved with just linework (pencil, pen, ect., without color), altering the value of a tint or shade can help enforce this illusion. For example, if someone was going to draw a dark alley corner near a street lamp, they would need to brighten the colors of the street closer to the lamp and darken the alley corner furthest from the lamp in order to mimic the way light works in reality. This difference in value creates the illusion of light, but also one of depth. This is because we understand that the further something is from a light source the darker it is going to be. By making that alley corner darker, the artist suggests that that part of the alley is further from the light and thus recedes into space.

The world we live in creates a certain set of expectations. We expect the sun to be bright, and things blocked from its light to be dark. We look outside and we expect the sky to be blue, or the grass to be green. Subverting these expectations can be a powerful tool for any artist. If someone wants to show that their story takes place on an alien planet for example, or a parallel dimension, then one of the easiest ways to do this is to take something like the sky and change it to a different color. We know that the sky on earth is blue, so when an artist colors it red, it is easy to accept that the setting for this red sky is somewhere other than earth. A subversion doesn’t have to be as dramatic changing the sky though. Simply changing one thing in an image can make the viewer question their assumptions about that image. A fair number of comics and tv shows have done this when they change a character’s eye color. For example, pictured above in Rose and Thorn, the change from blue to green eyes signals the change of the main character’s duel personality from Rose to that of Thorn. It’s a small thing, but the difference alerts the viewer that something important has happened, and as a result captures their attention.

The use of color in a comic book can be invaluable for the advancement of the storyline, and it’s the captivation of the reader. Careful application can literally create a world of difference.

Click on the images below for more information about color choice! 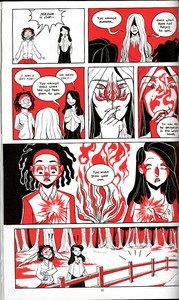 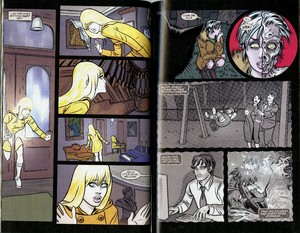