The comics scholar Scott McCloud defined comics as “juxtaposed pictorial and other images in deliberate sequence, intended to convey information and/or to produce an aesthetic response in the viewer.” From this definition, comics are referred to as sequential art. As long as a comic manages to communicate some form of a progressing message to the viewer, it can utilize any aesthetic style from the figural to the abstract.

Comic art is predominantly a collective art form with multiple artists working on the same piece. The main artist of a book sketches the initial composition in pencil, then the inker goes over this sketch to clean up the lines and to add shading. Finally, the colorist takes the inked page and either paints, or digitally adds color to the work. This order is often the way the artists are listed in the credits of the finished book as well.

The main artist listed in the credits of a comic book is the penciler. This person is responsible for the composition of the piece. They place the figures, indicate action, create perspective, and layout the panels of the page. Often the penciler also chooses the arrangement of the text balloons, making sure that the styles of each align with the artwork in a cohesive manner.

The inker comes behind the main artist and inks the penciled page. Inking is often a separate task in the world of comics. Having one person responsible for penciling and a different person for inking a comic can save time through the division of labor, so a fair number of larger publishers use this method. But inking is not simple tracing. Inkers clean up the lines of initial sketches and add shading before color is applied. Clean lines are important for a crisp final image, and makes the comic easier to print. Shading creates a sense of depth and heightens the illusion of perspective. A well shaded piece can appear almost three-dimensional despite being rendered in a two-dimensional space.

While pens, pencils, and digital software are the most common tools used for creating the pre-colored comic, artists are by no means limited to these two. Watercolor paints, ink washes, collages, charcoal, and collage are all examples of other art media that comic creators have pressed into service. The choice of media is up to the artist, for each has its own challenges. 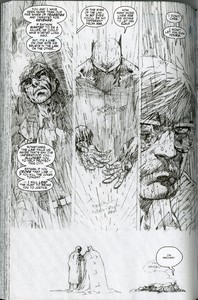 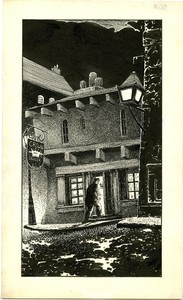