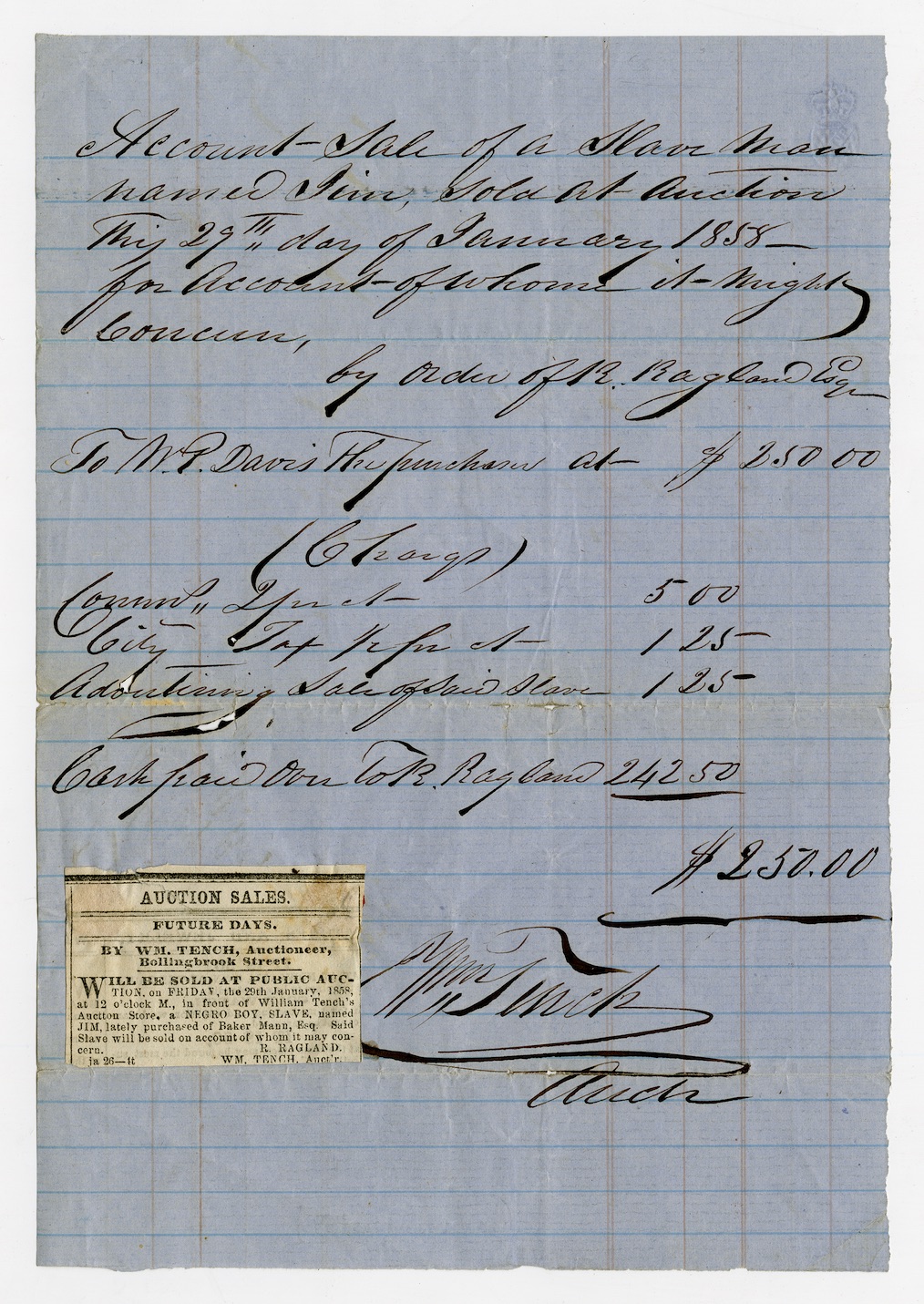 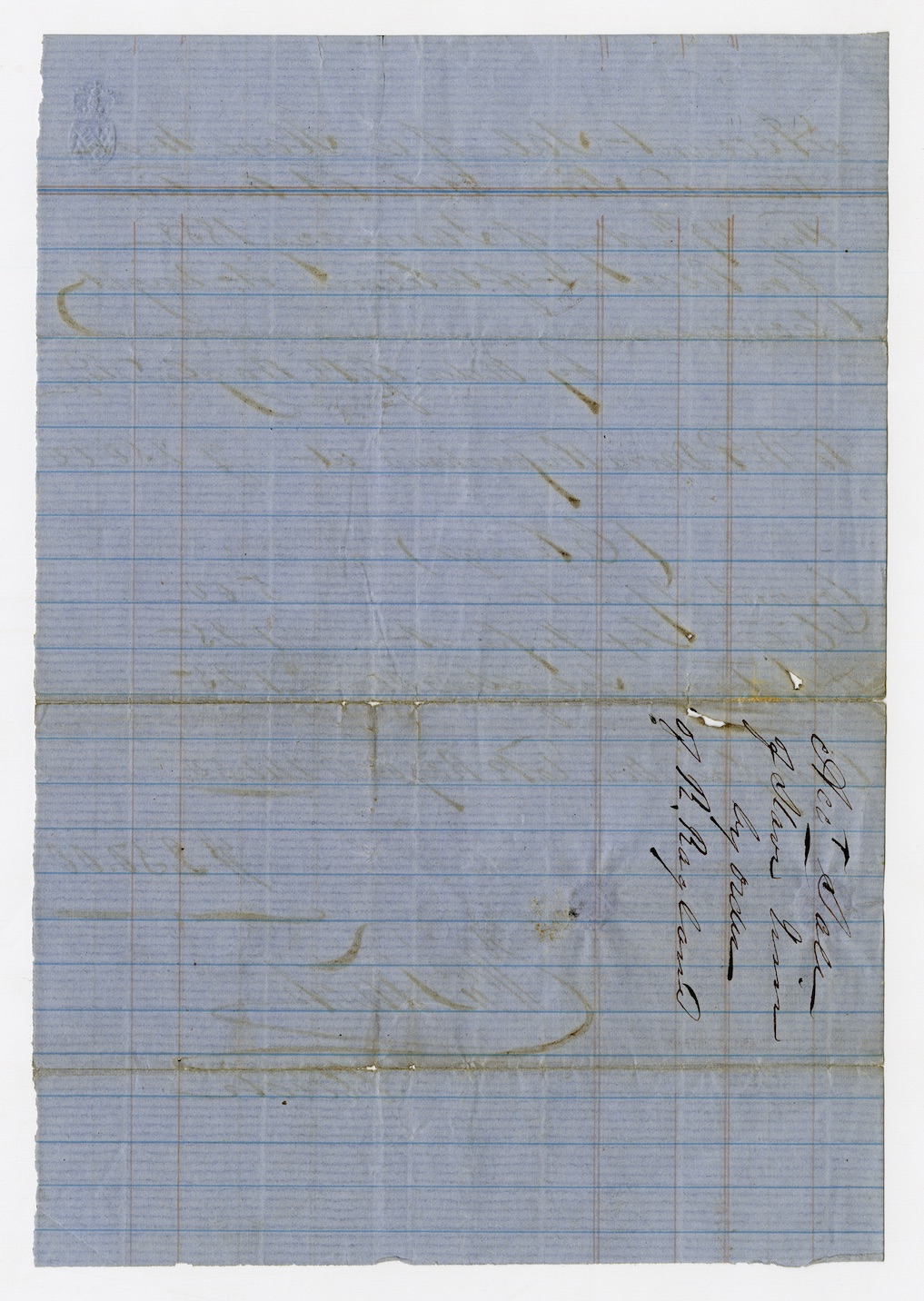 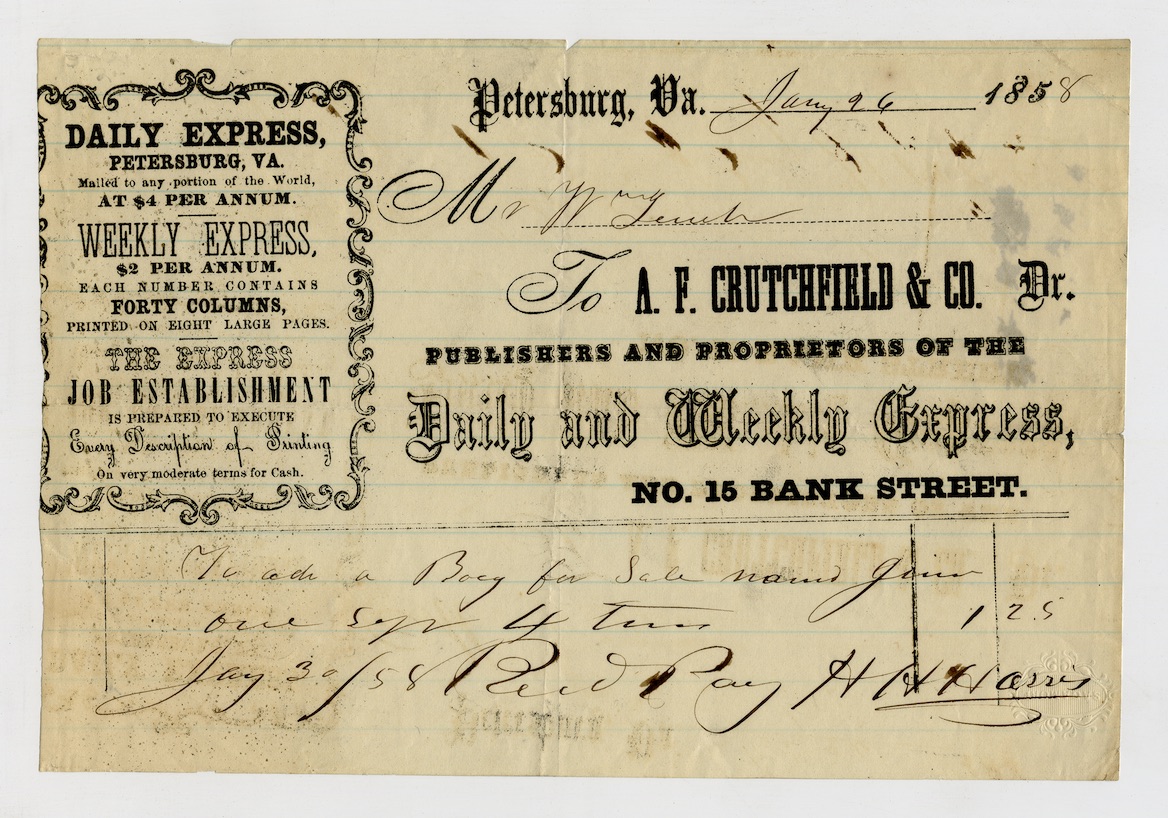 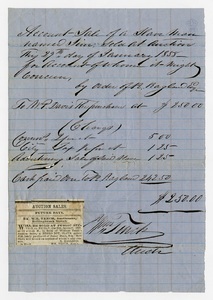 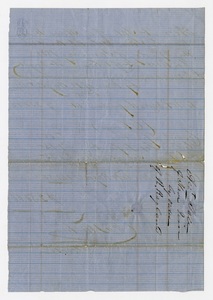 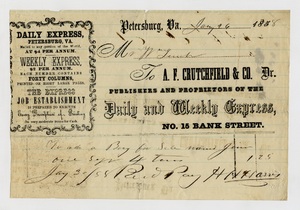 Manuscript account of a slave sale (front and back)

manuscript; 6 x 9 in; one of two leaves. The manuscript is written and signed by the auctioneer, William Tench. This is an account of the sale of a slave, named Jim, at auction on January 29, 1858, to W. P. Davis for $250. Jim was sold by his master, Reuben Ragland, Esq., with William Tench as the auctioneer. This document states that $242.50 was paid in cash to Ragland, and that the balance included a $5 city fee, a city tax of $1.25, and advertising costs of $1.25. A clip of the ad for the sale, which appeared in the Petersburg Daily Express on January 26, is affixed to the manuscript. Reuben Ragland was a wealthy Petersburg banker, railroad president, and planter. He owned two tobacco factories in Petersburg, one of which was used as the Confederate hospital during the Civil War.

Receipt for newspaper advertising of a slave sale

manuscript; 4.875 x 7.125 in; one of two leaves. This is a receipt for a newspaper ad in the Daily Express, Petersburg, VA, purchased on January 26, 1858 by auctioneer William Tench, for the sale of a slave boy, named Jim, at auction. The ad was to run four times and the payment of $1.25 for advertising was received H. H. Harris. The Daily Express newspaper was located at No. 15 Bank Street, Petersburg, VA.

To A. F. Crutchfield & Co. Dr.
Daily and Weekly Express
NO. 15 BANK STREET