After serving in the Air Force as a meteorologist, Tom Robbins moved to Richmond in 1957. He enrolled in the Richmond Professional Institute (now Virginia Commonwealth University). During the fall of 1958, he became editor-in-chief of the college newspaper Proscript, and wrote two columns, “Robbins' Nest” and “Walks on the Wild Side.” During most of his senior year, Robbins worked nights for the sports desk of the Richmond Times-Dispatch. After graduation in 1959, he worked at the newspaper as a copyeditor until 1962 when he moved to Seattle. 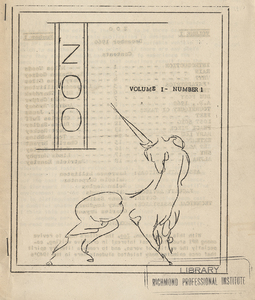 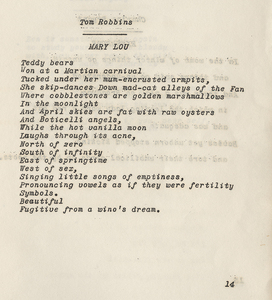 At top: The Zoo was a short-lived literary magazine published in 1960 by students at Richmond Professional Institute (now VCU).  It was so short-lived that volume one, number one, may have been the only issue. The magazine contains 15 poems including one by Tom Robbins entitled “Mary Lou” (seen at right).

Bottom left: Inscribed title page of Conversations with Tom Robbins, edited by Liam O. Purdon and Beef Torrey. "To VCU (nee RPI) who made me the man I am today. With thanks (and apologies), Tom Robbins / Feb. 2011.

Bottom right: This image of Tom Robbins is from the 1959 student yearbook for Richmond Professional Institute (RPI), The Cobblestone. RPI was often called the “cobblestone” campus because of its bricked sidewalks and cobblestone alley ways.

Despite having moved nearly 3,000 miles away, Tom Robbins returns to Richmond from time to time. In October, 2012, he visited his alma mater VCU and James Branch Cabell Library. 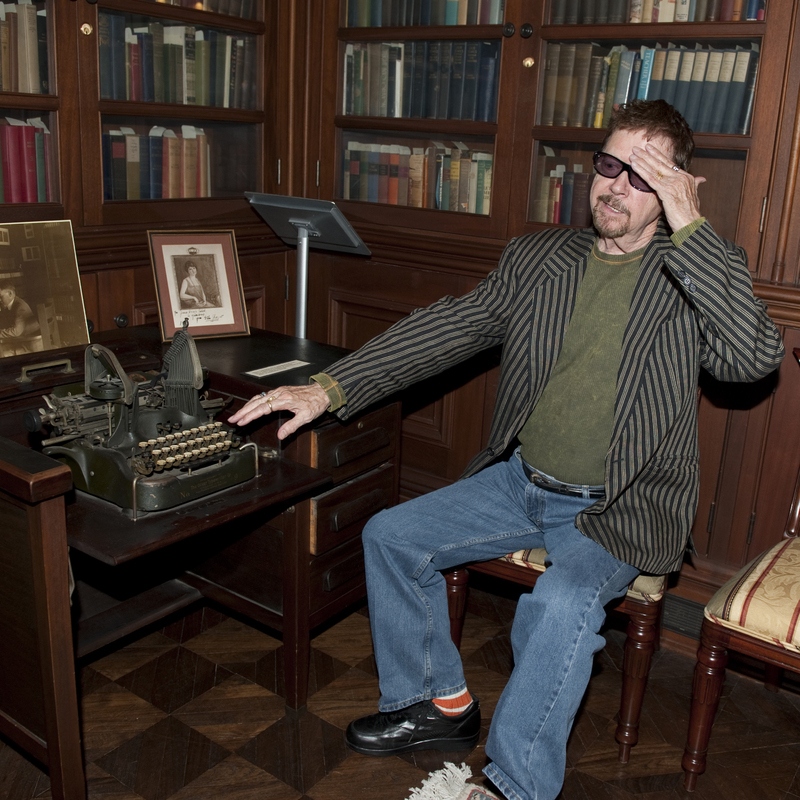 At right: Tom Robbins attempts to channel the spirit of James Branch Cabell through contact with Cabell's typewriter.