Who is Will Eisner? 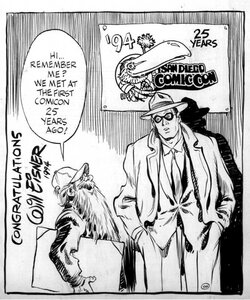 Will Eisner (1917-2005) was a pioneer in the field of sequential art and is considered to be the father of the modern graphic novel. Eisner's career began during the Great Depression, when he drew and sold comic strips while still a teenager. As a young man, Eisner partnered with magazine editor Jerry Iger to publish, produce, and sell reprinted and original comics. In 1940, Eisner struck out on his own to publish the widly popular newspaper insert, The Spirit, an urban crime fighter series written for adult readers.

Eisner was drafted in 1942 but continued to use his artistic skills to create posters, illustrations, and comic strips for the Army. While in the service, he drew for the instructional magazine Army Motors, and became interested in teaching with comics. After the war, Eisner founded the American Visuals Corporation, a company that produced commercial graphics and government publications. The Army hired Eisner's company to produce PS Magazine, the Preventive Service Monthly, a comics series about maintaining equipment that soldiers would actually want to read. Eisner served as the artistic director for the magazine from its inception in 1951 through 1972.

Later in his career, Eisner devoted his attention to a longer form of graphic storytelling. His book, A Contract with God, and Other Tenement Stories was published in 1978, and is considered the first modern graphic novel. Eisner's groundbreaking work was highly influential and helped to popularize the genre. He continued to publish graphic novels until his death. Many of his titles focused on the New York Jewish immigrant community. These include The Building, Dropsie Avenue, and To the Heart of the Storm.

Eisner also spent time during his later years teaching, lecturing, and writing books about the craft of sequential art. The Will Eisner Comic Book Industry Awards was created in his honor in 1988. 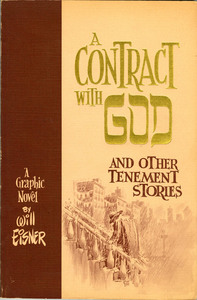 A Contract with God, and Other Tenement Stories 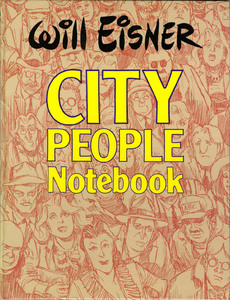 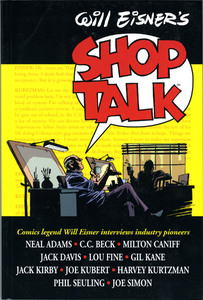 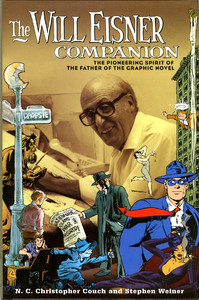 The Will Eisner Companion: the Pioneering Spirit of the Father of the Graphic Novel

For more on Will Eisner: http://www.willeisner.com/