The Eisner Awards have been presented to comics writers, artists, and publishers from around the world since 1988. It makes sense that Richmond, a city with a vibrant and thriving art scene, and Virginia Commonwealth University, home to the top-tier School of the Arts, has a connection to these prestigious awards. Three former students and a local major independent publisher have been honored as nominees and award recipients over the years. 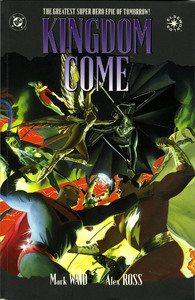 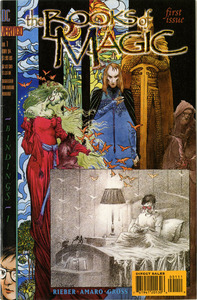 The Books of Magic 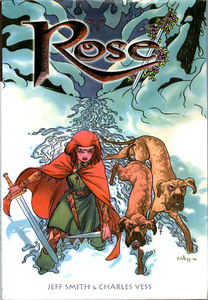 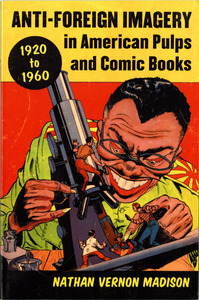 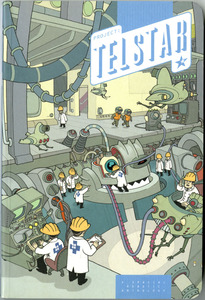 Mark Waid is best known for writing the DC Comics titles The Flash, Kingdom Come, and Superman: Birthright and for his work on Captain American for Marvel Comics. He has also served as Chief Creative Officer for Boom! Studios, where he wrote for the comics Irredeemable, Incorruptible and The Traveler. He attended VCU in the late 1970s.

Charles Vess graduated from VCU in 1974 with a BFA in Painting and Printmaking. Some of his earliest cartoons appeared in the Fan Free Funnies, a comics supplement to the student newspaper. He remained in Richmond for several years after graduation to work as a commercial animator for Candy Apple Productions. By the 1980s Vess had move on to creating fantasy comic art for a number of publications. He is best known for his collaborations with Neil Gaiman on Sandman, Stardust, and The Books of Magic in the 1990s.

Vess' papers can found in Special Collections and Archives.

A Richmond area native, Nathan earned a M.A. in History from VCU in 2010 with the thesis, Isolationism, Internationalism, and the “Other”: The Yellow Peril, Mad Brute and Red Menace in Early to Mid-Twentieth Century Pulp Magazines and Comic Books. He revised and expanded his thesis, turning it into an academic work that was published in 2012.

For a complete listing of competition categories and winners see the Past Recipients page at the official website for Comic-Con International: San Diego.