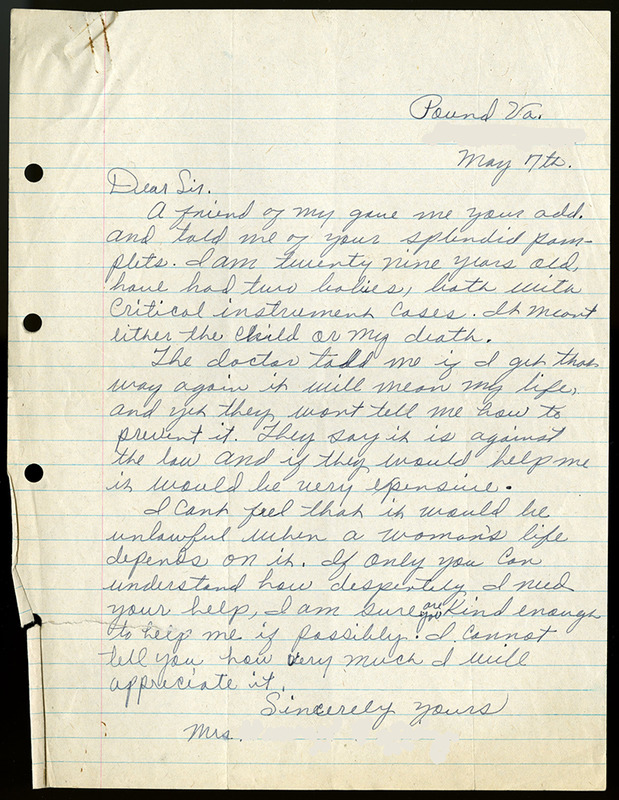 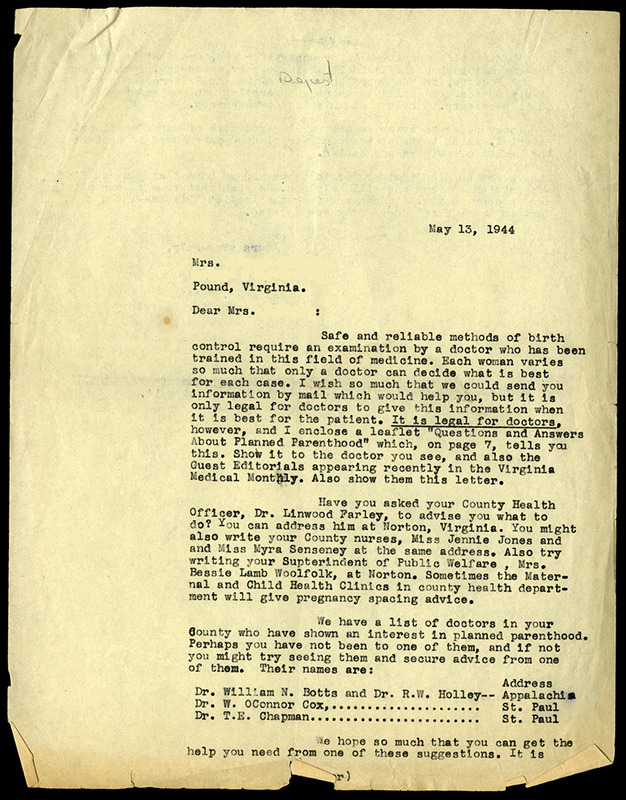 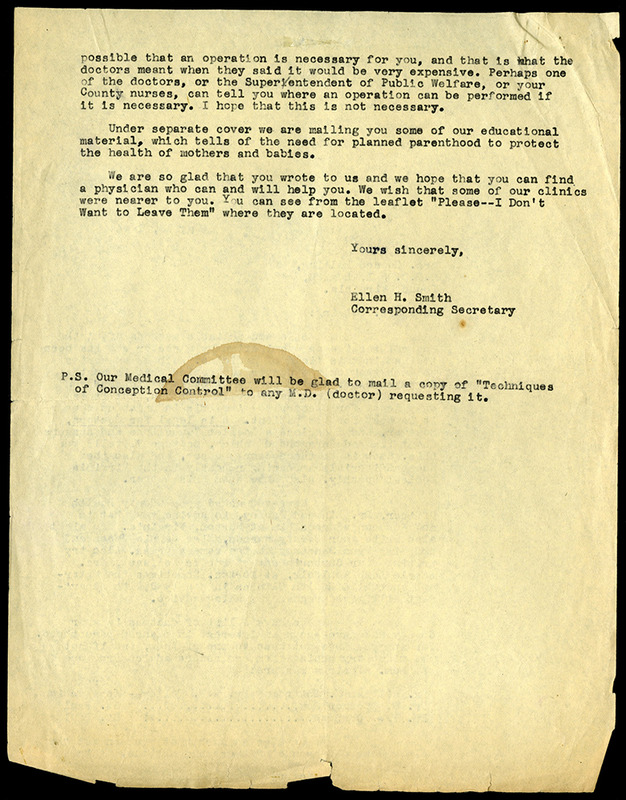 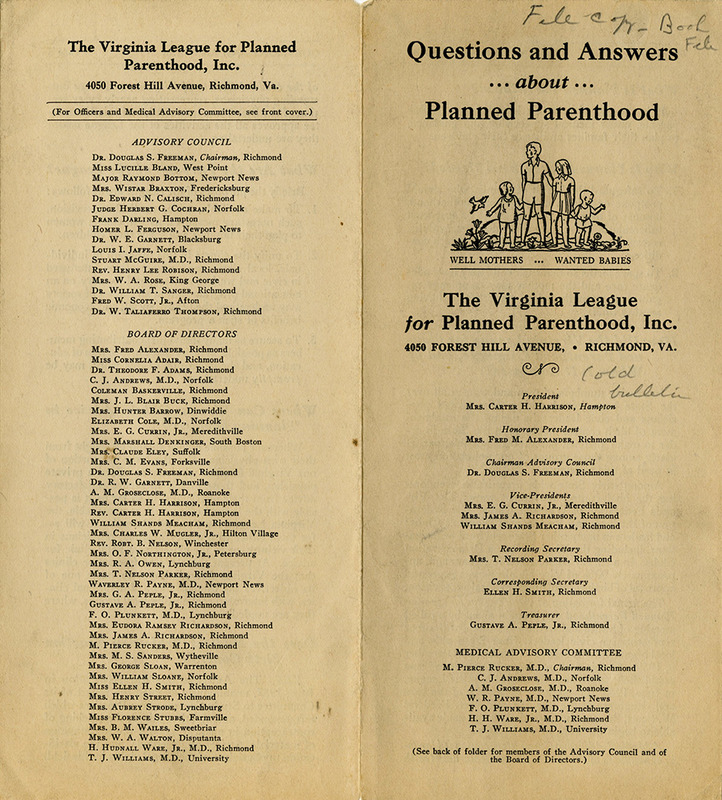 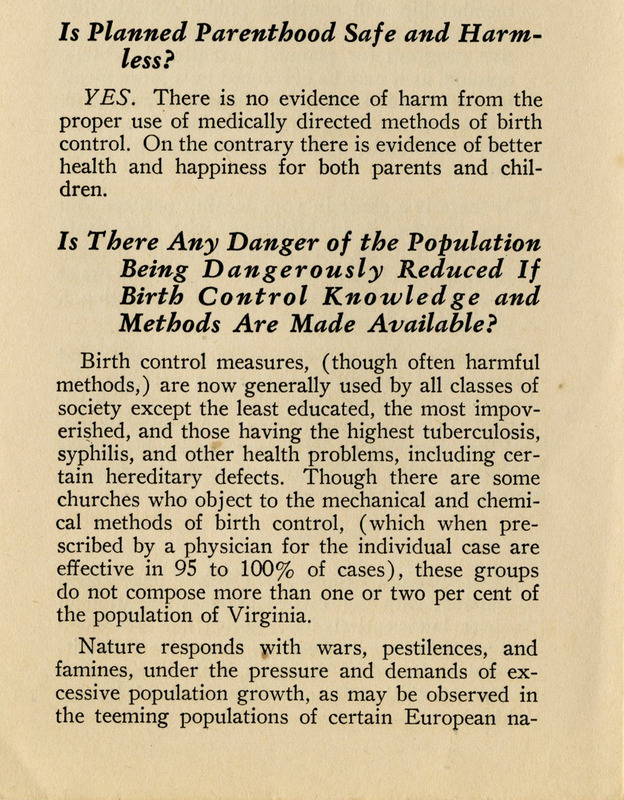 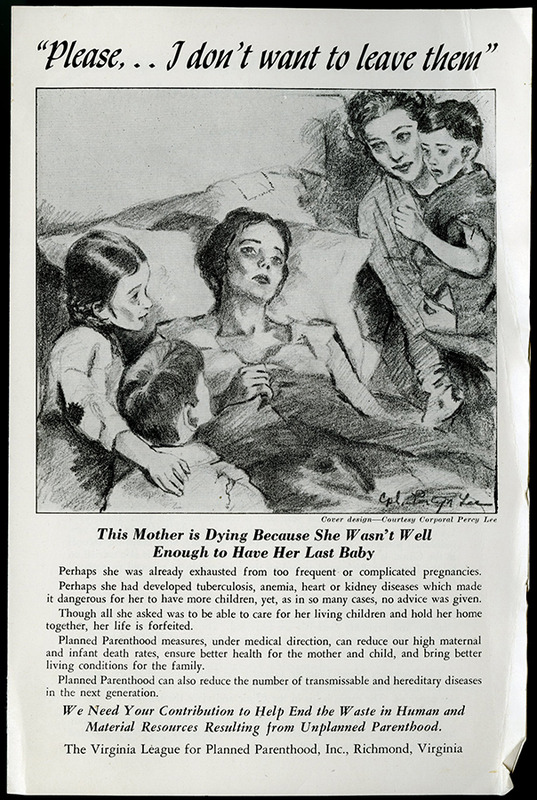 While it may seem unthinkable today, it was not until 1965 that the last law banning the use of contraception by married couples was struck down in the United States. The Comstock Act of 1873 and various Comstock laws that followed had deemed all information about birth control obscene. Doctors could not legally tell their patients how to prevent pregnancies (and therefore could not prescribe any form of contraception), pamphlets and leaflets could not be distributed by hand, nor could such information be sent through the U.S. Postal system.

Concerned about women's health and safety due to frequent childbirth, miscarriage, and self-induced abortion resulting from this lack of information, Margaret Sanger became an activist for women's reproductive rights. In 1921, she founded the American Birth Control League, which later becomes the Planned Parenthood Federation of America. During the 1920s she received hundreds of letters from women begging her for information on preventing unwanted pregnancies. Five hundred of these letters were compiled in 1928 in the book Motherhood in Bondage.

While a court decision in 1936 (United States v. One Package of Japanese Pessaries) made it legal for doctors to prescribe birth control for the well-being of their patients, many physicians were slow to exercise this option. This letter, sent in 1944 from a woman in Southwest Virginia, reveals the desperation that many women and their families felt when they were refused help by medical professionals. The Virginia League of Planned Parenthood responded to this woman with a letter naming physicians who were willing to give out information, along with two pamphlets, also pictured here.

Click on any image to view it more closely. If you would like to research these materials, they may be found in The Virginia League for Planned Parenthood Records, 1935-2004 (M 333).