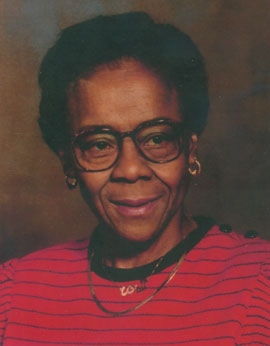 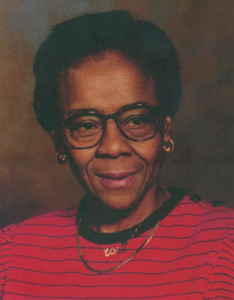 Eleanor Acham Lynch, a national leader in nursing education, served as Director of the Department of Test Construction with the National League for Nursing for 20 years. She worked with nursing faculty members from across the United States to develop questions for use in state board test pool examinations for RN and LPN licensure. In Virginia, Lynch made her mark at Hampton University where she served as associate professor of nursing, associate director of the Center for Teaching Excellence, and director of the Honors College.

"Known for her meticulous concern for detail and documentation, Mrs. Lynch had a flair for the dramatic and a sense of humor that sometimes caught faculty members and workshop participants off guard. Alert for teachable moments, she would use humor to soften needed corrections that she would not let pass lest misinformation be conveyed to students. Questions were posed to assure that the participants in her classes and workshops were keeping up with her: "Clear as crystal or clear as mud?" before she proceeded to the next major topic, was a favorite inquiry."

Eleanor Acham Lynch, a native of New York City, was educated in the city's public school before enrolling at Hunter College at the age of 15. She graduated in February 1941 with a Bachelor of Arts degree in chemistry, pre-med, and biology enrichment. In February 1942, she began her half century of work in nursing when she enrolled at the St. Philip Hospital School of Nursing in Richmond, Virginia. At that time, the St. Philip School was under the aegis of the Medical College of Virginia (MCV), but operated separately from the MCV School of Nursing to educate African American students in nursing. She received her diploma in the fall of 1944, but began her teaching career as an acting assistant instructor in nursing arts during her senior year. After a few months as a staff nurse at St. Philip, she began her graduate studies at Teachers College, Columbia University. Lynch spent the summer of 1945 as a pediatric nurse at Cook County Hospital in Chicago, IL. She returned to St. Philip in the fall of 1945 to become a clinical instructor and to be supervisor of pediatric nursing in the St. Philip Hospital. After two years she left Richmond to accept a position as clinical instructor at Dillard University. Lynch returned to New York and worked briefly as a public health nurse in the New York City Department of Health. By the fall of 1950 she resumed her teaching career by accepting a position as nursing arts instructor at St. John's Episcopal Hospital School of Nursing in Brooklyn.

By 1956 Lynch had married, completed her master's degree in curriculum development from Teachers College, and accepted a position at the National League for Nursing in the Department of Test Construction. She became Director of the department in 1975. During her tenure at NLM Lynch provided leadership in a number of areas but most significantly in the development of test questions for entrance, achievement, and licensure examinations used throughout the United Sates for both RNs and LPNs. Lynch conducted numerous workshops and gave many presentations while at the NLN. Lynch also authored several publications and served as a consultant on subjects in her area of expertise.

Lynch made another career move in 1978 when she left the NLN to join the faculty in the School of Nursing at Hampton University. There she held the positions of associate professor research associate, and chair of the Department of Undergraduate Nursing Education before moving on to become director of the Honors College. She subsequently became associate director of the Center for Teaching Excellence. Lynch retired in 1993 and became professor emerita of the School of Nursing at Hampton University.

Throughout her career, Lynch was active in professional organizations including the American Nurses Association, the National League for Nursing, the Association for Supervision and Curriculum Development, the Virginia Nurses Association and the Virginia League for Nursing. A member of Sigma Theta Tau, Lynch was also recognized with more than a dozen awards. She was named an Eminent Scholar by Norfolk State University, a Lindback Distinguished Teacher at Hampton University and a Visionary Leader by the Virginia Commonwealth University School of Nursing. VCU also honored Lynch with the Outstanding Nurse Alumni Award from the Nursing Division of the Medical College of Virginia Alumni Association of Virginia Commonwealth University.

Lynch continued to reside in Hampton and was active in her community and with her family and friends until her death in 2003.