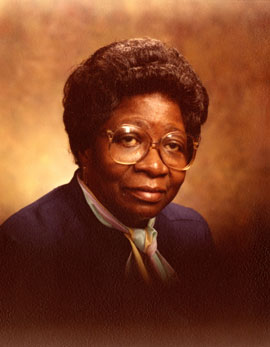 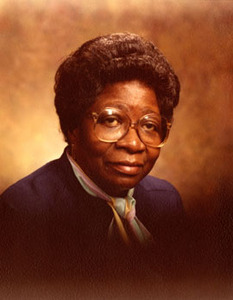 Mayme Lacy Harris left an indelible mark on nursing and education at the St. Philip Hospital, the St. Philip School of Nursing and the MCV Hospitals where she served as teacher and administrator. An inspiration to a generation of St. Philip School of Nursing students Harris valued her own opportunity to participate in the expansion of the role of the nurse in the operation of the hospital. She is remembered with great affection and respect by her former students, colleagues, and fellow alumnae members.

"An indefatigable person of boundless energy [Mayme Harris] has dedicated a lifetime to advancing her theories of the epitome of nursing as a profession. As a practicing and supervising nurse [she] has had few peers, and as a teacher and administrator her primary concern was for the welfare of her students and colleagues."

Annie Jordan, President, St. Philip Alumnae Association, 1976, on the occasion of the establishment of the Mayme B. Wilson Lacy Award.

A native of Florence, SC, Mayme Harris spent her formative years in the south before moving with her family to New Jersey and New York. She initially engaged in factory work but found it tiring and dissatisfying. She made the decision to become a nurse and came to Richmond in 1937 to enroll in the St. Philip School of Nursing, a separately operated school for African American students administrated by the Medical College of Virginia (MCV). After receiving her nursing diploma Harris returned to school part-time at Virginia Union University and ultimately at the University of Toronto where she had a Rockefeller fellowship and completed a certificate in teaching and supervision in 1943.

Harris began her professional work at the St. Philip Hospital shortly after her graduation and continued her association in between breaks for additional education. She was hired as an assistant instructor for nursing arts, a position she held for four years from 1943 to 1947, while she was simultaneously pursuing her baccalaureate degree at Teachers College, Columbia University. To support herself she worked as a general duty nurse at the New York Post-Graduate Hospital.

After receiving her degree in administration and guidance in nursing, Harris was promoted to instructor of nursing arts for the St. Philip School of Nursing. In this role she influenced many and inspired a generation of St. Philip nursing students. In 1949 she became the first African American woman to achieve professorial rank in the School of Nursing when she became an assistant professor. By 1953 she had worked her way up the administrative ladder within the St. Philip Hospital and was the first African American nurse to be named as an assistant director of nursing service for MCV Hospitals. She held her administrative role within the MCV Hospitals, an appointment she viewed as the highlight of her career, from 1953 until 1972. In this capacity she participated in the expansion of the role of nursing in the operation of the hospitals.

In 1972, Harris became Director of the Career Ladder Program for the MCV Hospitals and provided leadership in building opportunities for employees of Virginia Commonwealth University to acquire additional education and improve their status in the workforce. Harris had a pivotal role with the MCV Hospitals School of Practical Nursing. This program gave hospital employees the opportunity to upgrade their positions and helped to alleviate the hospital's shortage of LPNs. The students received one-half of their salary and an hourly wage during the 12 month program.

Harris found time to be active in a number of professional, community, and social organizations and held leadership roles in many. In addition, she was active in her church, the Hood Temple AME Zion Church in Richmond. She was a member of the National Association of Colored Graduate Nurses until it went out of existence in the early 1950s. She then joined the American Nurses Association and was active in the Virginia Nurses Association (VNA) and District 5 of the VNA. Harris also held memberships in the National League for Nursing, Pi Lambda Theta Sorority, the Young Women's Christian Association, and the American Red Cross Nursing Service. Harris' great niece, Lena Townsend, recalled that her aunt found time for activities outside of nursing including sewing and using the skills acquired when she studied upholstery.

Harris married George Lacy, a lawyer, in 1957. Her great niece described the marriage as one of long distance because Lacy continued to work and live in Washington, DC while Harris lived in St. Philip Hall, the nurses' residence in Richmond. When the St. Philip School of Nursing closed, Harris moved to an apartment where she was joined by her husband until his death from a stroke some years later.

Harris retired in 1978. Three years later she married Jeffers Harris, a Methodist minister. His career took them to a number of cities and they retired in Cleveland, Ohio, where Jeffers Harris died in 1991. Mayme Harris relocated to East Orange, New Jersey, where she died a year later at the St. Michael's Hospital in Newark.

Harris was honored by Zeta Phi Beta with its Woman of the Year Award in 1972. In 1976, shortly before her retirement, the St. Philip Alumnae Association honored Harris by establishing the Mayme B. Wilson Lacy Award. This award continues to be presented twice a year to a graduating nursing student, "irrespective of race, creed, color, sex or national origin, who is highly committed to nursing as a profession, demonstrated the ability to consistently give good nursing care to all classes of patients, works well with the health care team and shows promise of supporting professional organizations." At a ceremony when the first award was presented to Linda Price in 1976, Annie Jordan, President of the St. Philip Alumnae Association said "We are proud to bestow this honor upon Mrs. Lacy ... and hail her as our leader, our model and source of inspiration, our sister and our friend, a modern-day Florence Nightingale and a legend in her own time."

The Virginia Commonwealth University School of Nursing honored Harris in 2013 as one of 120 Visionary Leaders.