Virginia Commonwealth University came into being on July 1, 1968.  The Virginia General Assembly created the new institution following a review of the Bird Commission and Wayne Commission Reports. The new comprehensive university was built on the foundations of the Medical College of Virginia (MCV), opened in 1838, and the Richmond Professional Institute (RPI), founded in 1917. When VCU opened for classes in September of 1968 very little university infrastructure was in place; however, the newly created Board of Visitors had been setting policy since the previous spring shortly after Governor Mills E. Godwin, Jr. signed the legislation creating the urban-focused institution. VCU’s first academic year was a particularly busy one as the new institution established its identity, hired new faculty, managed numerous construction projects, and grappled with the political, social, and racial issues confronting colleges and universities as well as communities across the country. “VCU: The First Year” presents some of the look and feel of that first academic year through images and newspaper headlines.

Page through "VCU: The First Year" to review headlines from university publications and the local newspapers during the first academic year. Images representated in the banner above may be viewed individually in the photo section which includes identifications. All materials are also available for research in Special Collections and Archives.

To learn more about the formation of VCU and its predecessors see the exhibit “Making VCU.” 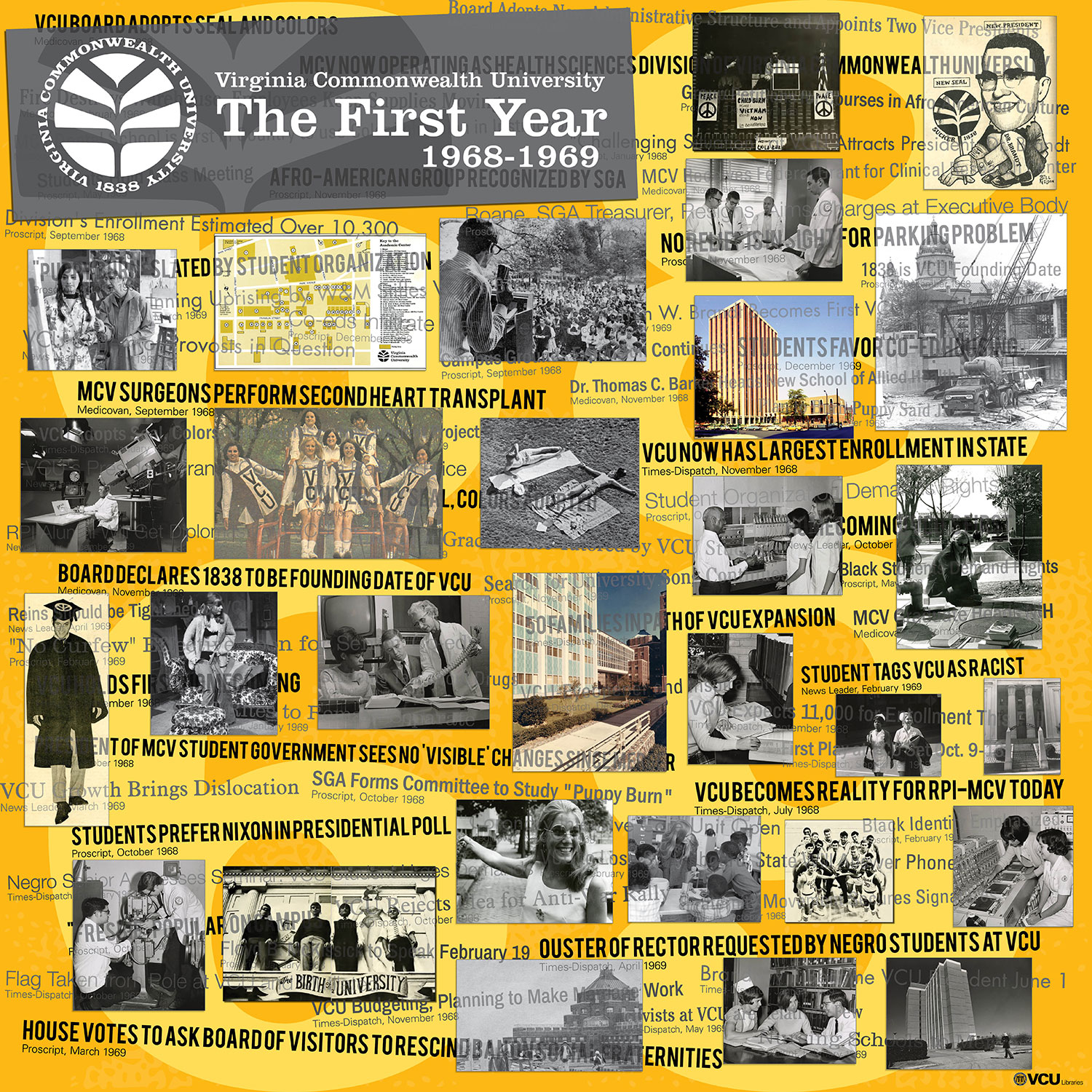