Mildred Alfy Mason was a "master" teacher. Her greatest legacy is the many nursing and vocational educators she influenced during her career. Author of a seminal textbook for practical nursing students, Mason was also recognized for her expertise in curriculum development. She held numerous leadership positions with nursing and vocational education organizations and finished her career by leading the Trade and Industrial Health Occupations Education program at Old Dominion University.

"I was a new teacher in a practical nursing program and so impressed by Dr. Mason's unselfishness to share her knowledge to assist new and even seasoned teachers to be more effective in the classroom. She was a mentor to any teacher who wanted to learn effective strategies."

Mildred Alfy Mason was born in Oxford, North Carolina in 1935. She was raised in her family's home in Clarksville, Virginia where she attended public school. In 1943 she entered Johnston Willis School of Nursing in Richmond and enrolled in the United States Cadet Nurse Corps, a federal government program designed to accelerate and expand the number of trained nurses during World War II. Mason spoke frequently of her pride in being one of the more than 124,000 who entered the profession from the Cadet Corps between 1943 and 1946. After graduation from Johnston-Willis, Mason worked as a private duty nurse in Richmond, then took a post graduate course in obstetric nursing at Margaret Hague Hospital in Jersey City, New Jersey.

In 1947, Mason began the defining work of her career when she joined the Norfolk Public Schools as a faculty member in the first school of practical nursing in Virginia. This program was a cooperative effort of the Norfolk Public Schools and Leigh Memorial Hospital. She progressed from instructor to educational director. When a second program under the aegis of the Norfolk Public Schools and Norfolk General Hospital opened in 1961, Mason became supervisor of practical nurse education within the Department of Adult and Vocational Education. In that role she developed classes for nurse aides under the federal Manpower Development Training Act, health occupations classes for students at Maury High School, a program for clinical laboratory assistants, and a third practical nursing program at the Norfolk Technical Vocational Center for high school students. She also established class offerings for licensed practical nurses and refresher courses for registered nurses wishing to return to practice. In 1972, under Mason's direction, the three practical nursing programs were merged to form the Central School of Practical Nursing at the Norfolk Technical Vocational Center that offered classes for both secondary and postsecondary students. Mason recognized the importance of national accreditation for schools and, with her mentor, Mildred Bradshaw, Director of Nursing at Leigh Memorial Hospital, she assisted in obtaining accreditation from the National Association for Practical Nurse Education and Service soon after the school opened. When the National League for Nursing (NLN) established an accreditation program for practical nursing schools, Mason provided the leadership and direction for the Norfolk schools to achieve full accreditation.

While serving as a nurse educator with the Norfolk Public Schools, Mason continued her own education by earning a BS degree in Nursing Education at Duke University, a Master's Degree in Education from the University of Virginia and her doctorate from Virginia Polytechnic Institute and State University. She also found time to be active in the Virginia Nurses Association and she served as secretary for the Virginia League for Nursing. She was Chair of the Council of Practical Nursing Programs of the National League for Nursing, and while in this office she served as a member of the Board of Directors of the NLN. In addition, Mason was an active member of the American Vocational Association, the Virginia Vocational Association, and was a charter member and president of the Virginia Health Occupations Educators Association. She was a member of Delta Kappa Gamma Society International and the Pilot Clubs International through the Pilot Club of Norfolk.

In 1978, Mason joined the faculty of the Darden School of Education at Old Dominion University as an associate professor in Occupational Education. In the almost five years that Mason held this position, she taught numerous classes to strengthen the knowledge and skills of teachers in vocational education in the eastern part of Virginia. She also used her knowledge of curriculum development to lead a group of practical nursing teachers to develop the Curriculum Guide for Practical Nursing Education in Virginia in 1980.

Mason served on the Virginia State Board of Nurse Examiners (now the Virginia Board of Nursing) from 1959 to 1969. She was president of the Board from 1961 to 1968. Mason authored the first textbook on medical surgical nursing for practical nursing students in 1959 and with coauthors, the publication continued through six editions. Mason was honored by her colleagues in the Norfolk Public Schools in 1977 for her 30 years of leadership and service. She was also commended by the American Vocational Association for her leadership in health occupation education.

Mason's greatest legacy rests with her impact on people, particularly the young and dynamic women who had the good fortune to teach with her. A substantial number of these went on to lead other schools of practical nursing in several states. Some carried the knowledge and skills of teaching acquired under Mason's direction into all phases and levels of nursing education. For those who view Mason as both a friend and a mentor, her greatest gift was her confidence in them. She used this strength to encourage them to be "the best they could be." More than one sought additional education, took on new assignments, and achieved goals because of her urging and support.

Mason died from cancer in the spring of 1983 leaving her imprint on nursing and adult and vocational education across the United States. Friends and family honored Mason's memory and contributions to nursing education with the establishment of the Mildred A. Mason Memorial Scholarship Foundation in 1983. Between 1985 and 2012, seventy-nine scholarship awards were made totaling $43,800. In 2012, the Foundation Board of Directors transferred the funds to the Medical College of Virginia Foundation as an endowed scholarship to be known as the Mildred A. Mason Memorial Scholarship, thus preserving this honor for the future. Scholarship awards from this endowment will be made to students enrolled in the Virginia Commonwealth University School of Nursing.

In 2000 the Virginia Nurses Association honor Mason posthumously by naming her a Virginia Pioneer Nurse. 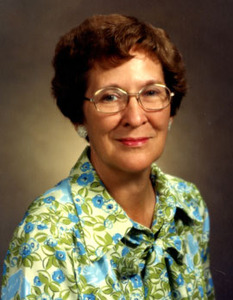