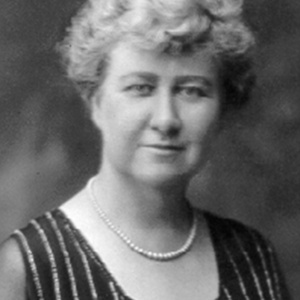 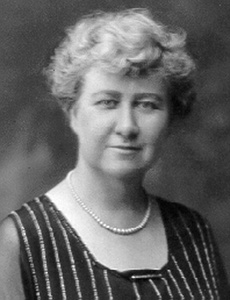 Agnes Dillon Randolph, a life-long political activist, worked for passage of the act to require registration of nurses. She was instrumental in getting later amendments to the Nurse Practice Act passed including one in 1918 to provide licensed attendants to meet the need resulting from the service of registered nurses in the military during World War I. Randolph led the GNAV committee that raised funds to establish the Sadie Heath Cabaniss Chair of Nursing at the University of Virginia. Using her political influence to advance important health issues, she was the driving force behind the legislation that secured funding to establish statewide tuberculosis sanitariums and clinics. Randolph assisted with the establishment of Piedmont Sanitarium for African Americans, the first of its kind in the United States.

"She was the best lobbyist, male or female, that this generation has seen on Shockoe Hill."

Highlights:
Birth Date: 1875-07-12
Birthplace: Albemarle County, Virginia
Death Date: 1930-12-04
Death Place: Richmond, Virginia
Education:
Nursing CV:
Biographical Text: Agnes Dillon Randolph, a charter member of the Virginia State Association of Nurses, worked for the 1903 passage of the act to require the registration of nurses in Virginia. She was well known for her ability to influence legislation. Randolph was instrumental in securing changes in the Nurse Practice Act, particularly the provision added in 1918 to provide licensed attendants to meet a need that arose when registered nurses entered the military service during World War I.

Randolph, Superintendent at the Virginia Hospital Training School for Nurses, worked with Nannie Minor to develop an elective course in public health for students. It was here that Nora Hamner was the first student to take this elective and became the first Virginia nurse with public health training.

As executive secretary of the Virginia Tuberculosis Association, Randolph influenced the appointment by the General Assembly of the Tuberculosis Commission. Recommendations from this Commission changed the course of tuberculosis treatment in Virginia. She then joined the staff of the State Board of Health and organized the Tuberculosis Bureau. Under her influence, Piedmont Sanatorium was opened. This was the first tuberculosis sanatorium for African Americans in the United States. Other sanatoriums opened as well. Dr. Ennion G. Williams, State Commission of Health, described Randolph as "one of the most able executives in the public health field."

Beginning in 1923, Randolph led a committee to raise funds for the Sadie Heath Cabaniss Chair of Nursing at the University of Virginia. In four short years, $50,000 was raised and presented to the University.

In 1952, the Medical College of Virginia named its new dormitory facility Randolph-Minor Hall in honor of Randolph and Nannie J. Minor. Randolph was also honored by the Virginia Nurses Association in 2000 when she was selected as one of fifty-one Pioneer Nurses in Virginia.

Randolph served two terms as president of the Graduate Nurses Association of Virginia and she led the activities that culminated in the Sick Benefit Fund for Nurses and the Catawba Cottage, a place for nurses needing care for tuberculosis. In 1926, while serving as president, Randolph was invited to be the honorary member from Virginia by the American Woman's Association of New York. At that time she was the only nurse in the country to receive this much coveted invitation.